This past September, the story of The Flying Tigers came to life for a new generation in Atlanta, Georgia, courtesy of the Commemorative Air Force (CAF) Dixie Wing.Prior to United States’ entry into the Second World War, 300 former American military pilots and ground crew personnel traveled to China to join the America Volunteer Group (AVG). Under the leadership of Claire Chennault, they amassed a remarkable combat record against Imperial Japan by destroying over 290 aircraft before the group was disbanded in April 1942. 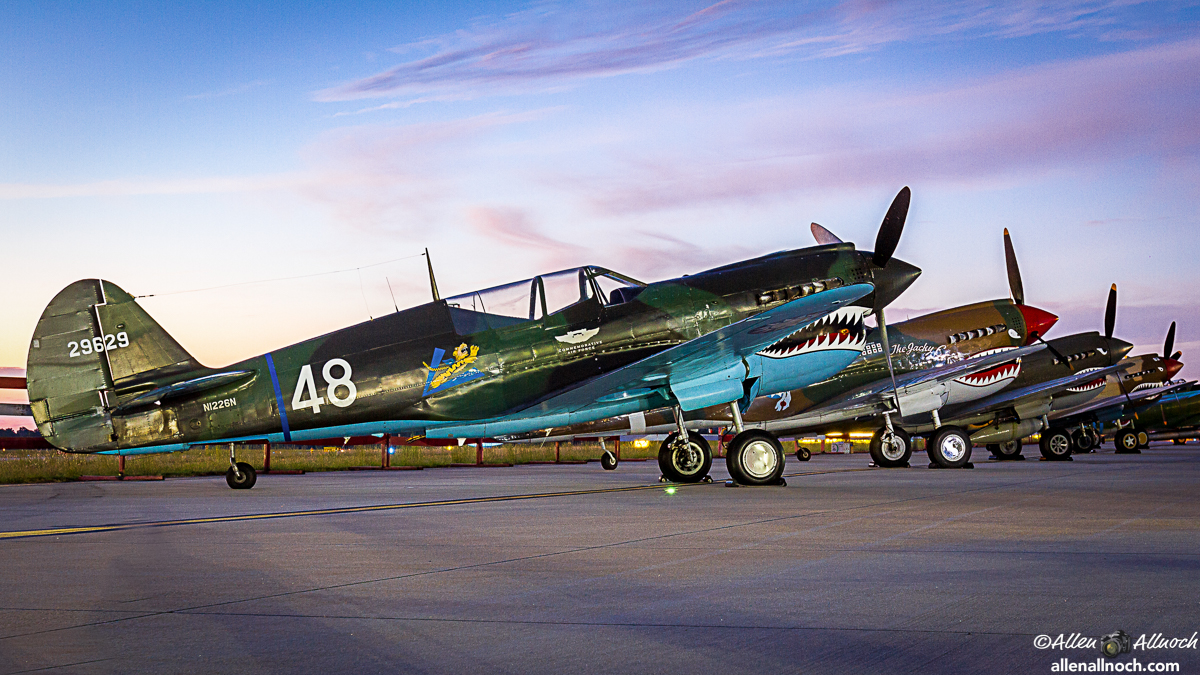 To mark the 75th Anniversary of the AVG, the CAF Dixie Wing selected The Flying Tigers as the focus of Atlanta Warbird Weekend, which took place September 24-25, 2016. The Dixie Wing transformed Dekalb-Peachtree Airport into a World War II airfield with a variety of vintage military aircraft, vehicles, 1940’s Hollywood celebrities, re-enactors and veterans.   “We chose to honor the Flying Tigers this year and portray the accurate history of the AVG,“ said Moreno Aguiari, CAF Dixie Wing Marketing Officer and Atlanta Warbird Weekend Chairman. “In just seven months of intense aerial combat under difficult conditions, the AVG inspired the nation and earned a lasting niche in aviation history.”  In its third year, the CAF Atlanta Warbird Weekend has set new standards for a CAF produced event and has emerged as one of the largest annual gatherings of World War II aircraft in the southeastern United States.

Atlanta Warbird Weekend focuses on a Warbird theme, with the goal of introducing World War II military aviation history to the public and younger generations through activities like aircraft rides, presentations, reenactors, music and displays.  It has replaced the typical unit air show with a much smaller financial risk.  AWW has become one of the Dixie Wings largest fundraisers and is scalable for large and small units alike.  The focus is on selling rides but has numerous other revenue streams, such as an exclusive dinner presentation, PX sales, food & drink sales, parking fees and photography workshops.  The ideas and the activities implemented were so successful, that the CAF Headquarters modeled Wings Over Dallas based on the Atlanta Warbird Weekend. 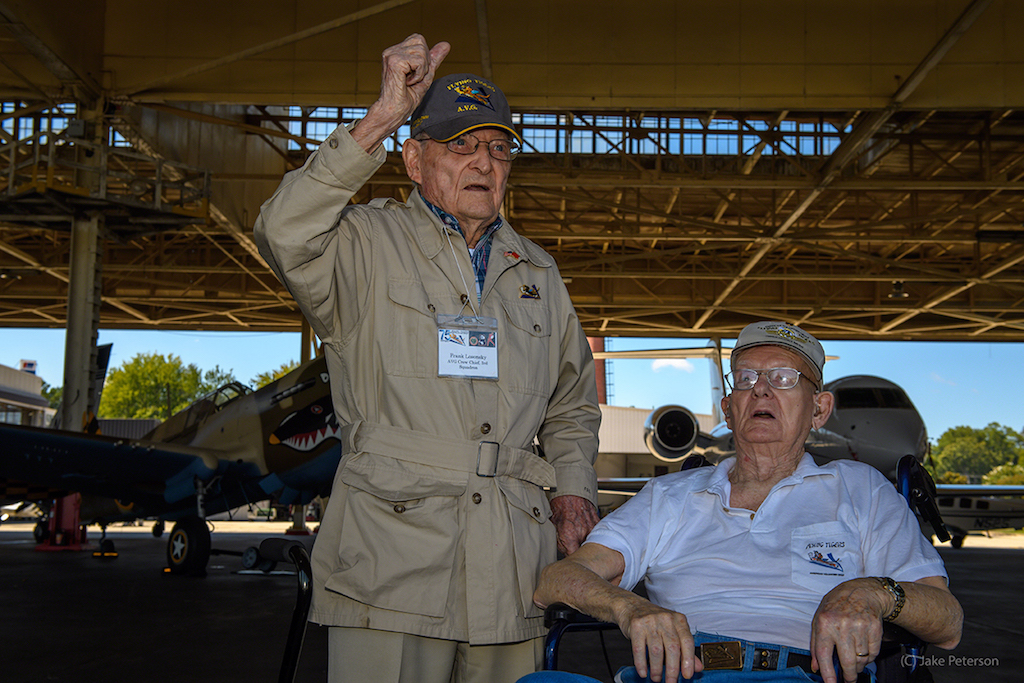 This year, Atlanta Warbird Weekend hosted a gathering of P-40 Warhawks.  Participating P-40s included the Texas Flying Legends Museum P-40K Warhawk “Aleutian Tiger” and P-40E “Texas Warhawk,” Fagen Fighters Museum P-40E Warhawk “Desert Shark,” American Airpower Museum P-40M and the Commemorative Air Force P-40N.  The event kicked off with Flying Tiger Frank Losonsky flying backseat in the Texas Flying Legends P-40, piloted by Bernie Vasquez. Losonsky, 96, is one of three known living survivors of the Flying Tigers. During his flight, Losonsky remained calm in the back of the aircraft. Up front, Vasquez executed two barrel rolls high over the Atlanta skyline.  ”What a great experience!” said Losonsky, who served as a Crew Chief in the “Hell’s Angels” 3rd Squadron. “The ship (P-40) hasn’t changed a bit since I worked on them 70+ years ago. They are as great today as they were then.”   Along with Frank Losonsky, AVG veteran Charles “Chuck” Baisden took part in the program.  Baisden, 96, and Losonsky both participated in living history programs on the flight line in front of the P-40s.

The veterans shared their experiences and answered questions from large crowds throughout the weekend.  Another highlight of the weekend, was the participation of Lt. Col. Dick Cole, the last surviving member of the Doolittle Tokyo Raiders. Cole, who turned 101 in September, was the co-pilot for Col. Jimmy Doolittle.  The Raiders were made up of 16 B-25 bombers that launched from the aircraft carrier USS Hornet on a mission to bomb Tokyo and other targets in Japan in early 1942.  Over 20 presentations were delivered during the weekend, ranging from guest speakers and recreated CBI Hump mission briefings to a live performance by the Freedom Belles, a trio who perform 1940s classics. Other World War II veterans on hand were pilots Bob Jones, who flew C-47 Skytrains and C-46 Commandos over the “Hump” in the Himalayan Mountains and Paul Crawford, who flew 29 missions in P-51s and P-40s for Chennault in the 14th Air Force. 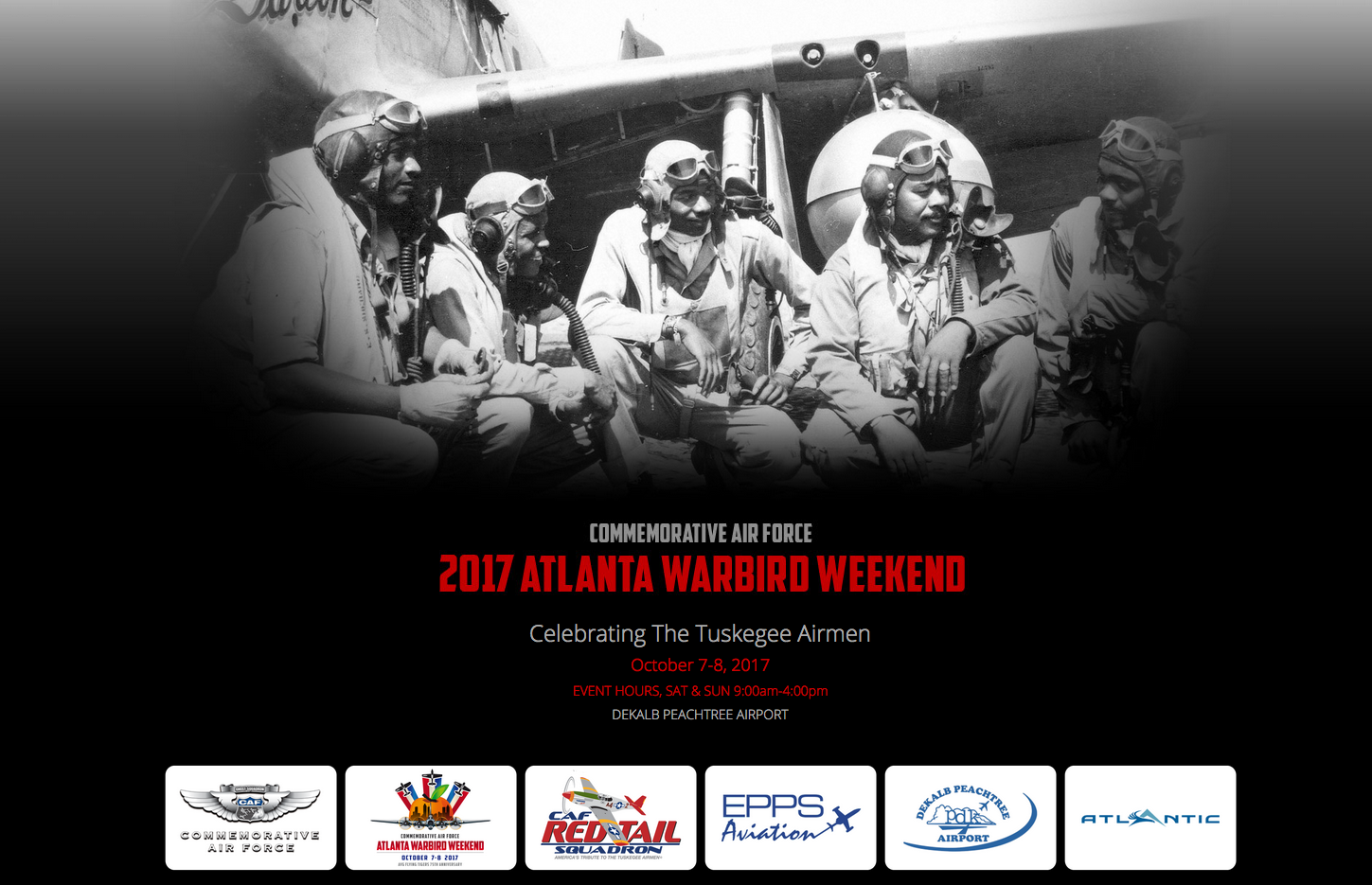 The CAF Dixie Wing will host its fourth Atlanta Warbird Weekend in October 7-8, 2017 and the event will honor the Tuskegee Airmen. Bookmark www.atlantawarbirdweekend.com/