During the weekend of the National Warplane Museum’s “Greatest Show on Turf” air show up in Geneseo, New York the Air Heritage flying museum’s combat-veteran Douglas C-47B Skytrain 43-48716 Luck of the Irish blew its right engine, which has unfortunately sidelined the plane indefinitely. The engine requires a complete overhaul or replacement.

While Luck of the Irish arrived too late in the European Theatre of Operations to take part in Operations Overload or Market Garden, it did fly two resupply missions during the Battle of the Bulge, on December 24th and December 26th, 1944. It dropped supplies from the fuselage as well as with parapacks attached to the airframe externally to the besieged Allied troops below in the city of Bastogne. It also took part in Operation Varsity, the single largest air drop of troops and supplies during a single day ever undertaken. During Varsity Luck of the Irish towed two Waco CG-4A gliders full of troops.

Overall, Luck of the Irish flew 25 combat during WWII from bases at RAF Welford in Berkshire, England and in Bretigny, France. It also flew 13 missions to evacuate American, British, French and even German POWs. Air Heritage has records for at least 96 missions of various types, which Luck of the Irish took part in during the war.

When Air Heritage acquired Luck of the Irish back in 2014, it was a lucky day for the airframe, as she was long dormant after a lengthy career as a mosquito sprayer in Florida, and likely wouldn’t have lasted much longer where she lay. After several years of painstaking restoration work, members at the Chippewa Township museum in Beaver Falls, Pennsylvania were excited to see Luck of the Irish take to the skies again last November 24th. But with Geneseo being only the 5th appearance in the C-47’s inaugural year on the air show circuit, Air Heritage had not yet built up a cash reserve large enough to fully cover this newly added expense, especially after the capital already expended in the lengthy restoration.

To secure a new engine or repair their existing one, the museum estimates they will need US$50-75,000. In addition, there will be numerous other expenses involved with the plane being marooned in Geneseo, far from its home base. Equipment rentals for removing and transporting the engine, hotel rooms, meals and transportation to and from New York for the repair crew will add up quickly!

Given her incredible history, and the fact that the C-47 is arguably the most important aircraft type in the entirety of WWII – the war effort would literally have ground to a halt with out them –  we do hope that readers might consider helping get Luck of the Irish back in the air again for the public to see – a tangible reminder of WWII history, and the many sacrifices of the Greatest Generation.

Air Heritage has started a Facebook-based fundraiser (please click HERE) which has already raised $6,123 towards the total goal of $ 75,000. So let’s help them out! 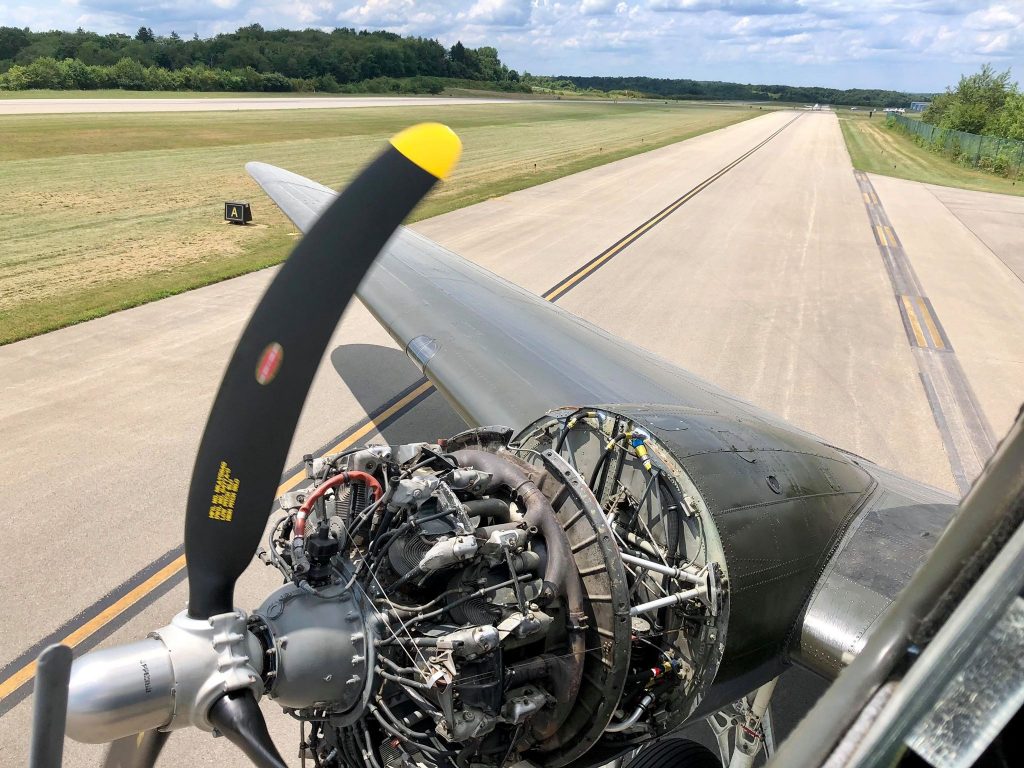