For the aviation world, which COVID-19 has disrupted severely this past year, it is great to see that some organizations are fighting these pandemic-induced adversities, and adapting with effective initiatives to stay operational.

The Commemorative Air Force’s Gulf Coast Wing is one such organization. On April 3rd, 2021 they will begin offering rides again in their beloved Boeing B-17G Flying Fortress, known affectionately for the past half century as Texas Raiders. The CAF unit’s Beech D18S, marked as a U.S. Navy JRB-6 variant and nicknamed Little Raider, will also be participating alongside, as will their North American Aviation SNJ-5 Texan.

Flights will depart from Conroe North Houston Regional Airport in association with General Aviation Services, the FBO located in Hangar 14 at 5260 Central Parkway, Conroe, Texas. Children aged five and above are welcome aboard the JRB when accompanied by an adult, and similarly for children over 12 on the B-17. Each flight lasts roughly 20 minutes in the air, and includes a safety briefing and photo opportunity with the pilot. The route for each flight may undergo adjustment to due weather and/or Air Traffic Control requirements. 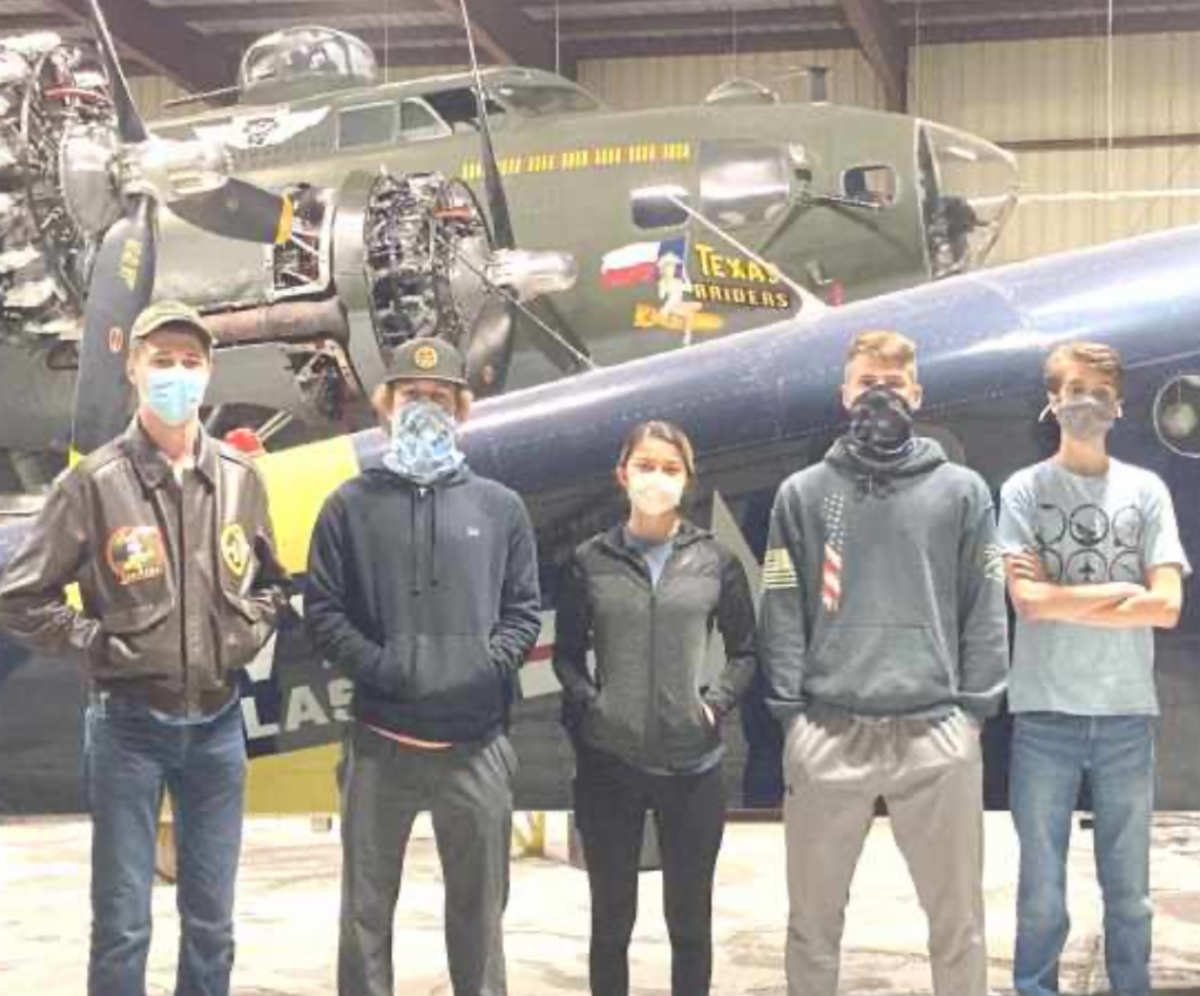 Furthermore, while the pandemic did halt flight operations during the past year, the Gulf Coast Wing’s cadet program for young people interested in aviation and history continued functioning, albeit with some health-related adaptations. The unit’s Cadet Flight Training Program offers a Pilot Ground School which recently covered aviation weather topics that included the learning about the effects which Coriolis Force, Pressure Gradient, and Surface Friction can have upon wind. They also gained knowledge about wind shear, thunderstorm avoidance and how hail forms inside a thunderstorm, as well as aircraft anti-ice/de-ice procedures and aircraft systems used to combat icing.

The Gulf Coast Wing Cadet Instructor, Col. Charles Scott Willams says, “The wonderful thing about teaching at the hangar is that the airport ramp, as well as aircraft inside the hangar, offer a plethora of teaching tools to use in teaching our Cadets about aircraft systems, not only in Gulf Coast Wing aircraft, but also in turboprop and jet aircraft. On the night that the article photo was taken, we had the pleasure of doing a walk around on the turboprop SAAB 340, a Cessna 310, the B-17 we all know as Texas Raiders, and the Gulf Coast Wing’s JRB Little Raider!”
These Cadets are all highly motivated, striving towards future careers which await them in the sky! One recently minted cadet is Samantha McKee, who currently serves in the United States Army. She is on a track for a flight slot as a pilot. If you know anyone who might be interested in becoming involved with the cadet program, please send the Gulf Coast Wing an email.