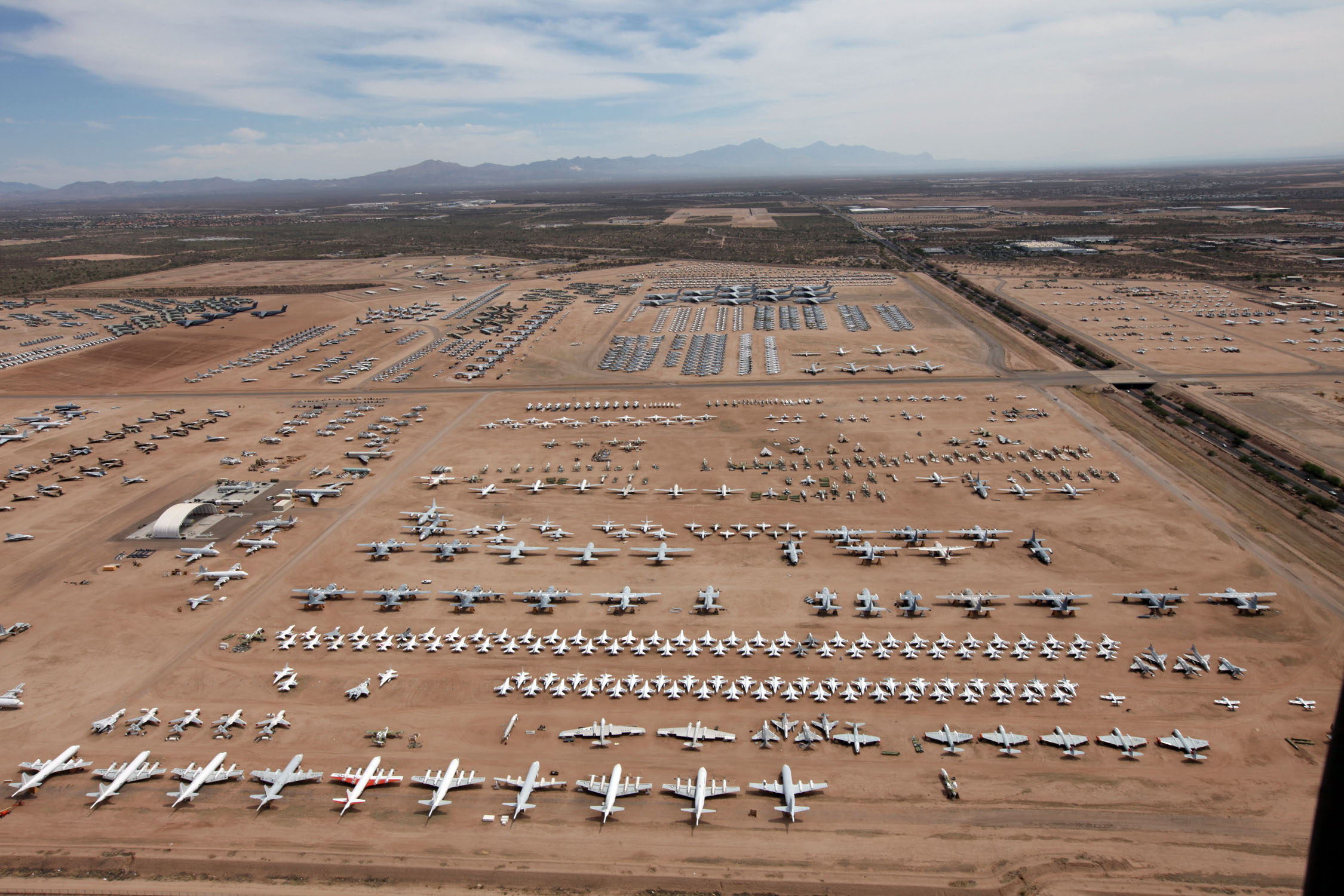 PRESS RELEASE – Pima Air & Space Museum, who operates the often-sold-out bus tours of the “Aircraft Boneyard” aka the 309th Aerospace Maintenance and Regeneration Group (AMARG) on the Davis-Monthan (DM) Air Force Base, announces the second-ever Saturday tours created specifically to show support for working Tucsonans on Sat., Aug. 30th.The 309th Aerospace Maintenance and Regeneration Group—commonly referred to as the “Aircraft Boneyard”—operates to sustain U.S. and allied warfighters. Instituted in April 1946, immediately after WW II, AMARG has grown to become the storage, regeneration and “recycling” center for all U.S. military branches’ and federal agencies including NASA’s aircraft. The group, located on the Davis-Monthan Air Force Base, currently has more than 4,000 aircraft on a 2,600-acre (or 4-square-mile) facility. Five elements make up their overall mission; those elements include: 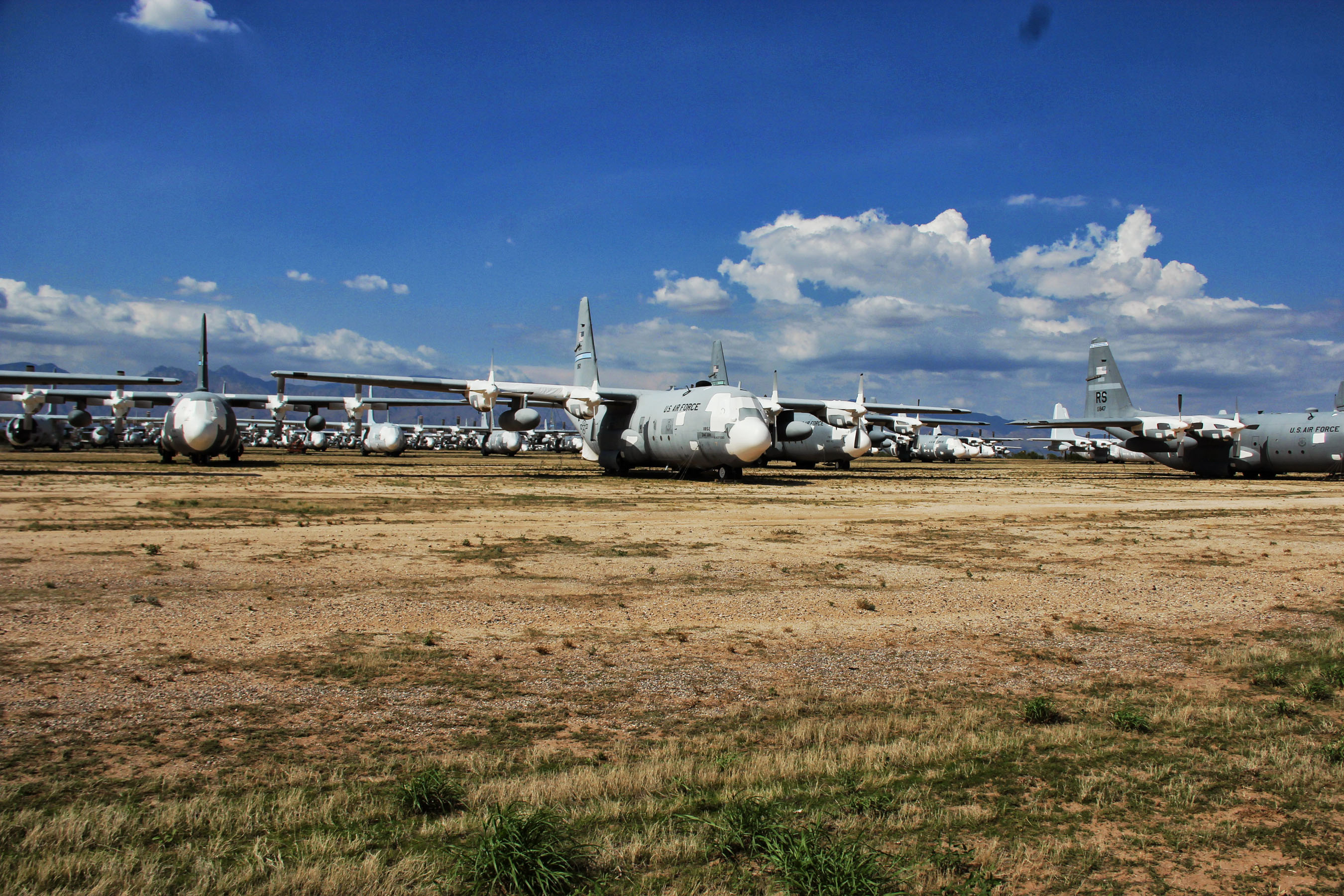 Having a closer “inside-the-fence” view of the vast array (for comparison, at AMARG there are more planes in one location than exist on the entire continent of Australia) has always been in high demand. In 1999, D-M in conjunction with AMARG awarded operation of tours to the Pima Air & Space Museum. These tours run during normal business hours: Monday through Friday, not including federal holidays. However, “normal business hours” are when many Tucsonans work.Thanks to the coordination of Davis-Monthan Air Force Base, AMARG and the museum, with volunteer airmen manning the security gates, on “Labor Saturday” –the Saturday of the Labor Day Weekend­­–Pima Air & Space Museum is offering docent-guided bus tours of the “Boneyard.” Prices are:

Admission to Pima Air & Space Museum—only $12.25 for Pima County residents—is not required however per U.S. Air Force security requirements, all persons 16 years of age and older must present their government-issued identification (driver’s license, passport or military ID) at least one hour before the tour start time at the museum admission area. Additional security procedures for entering a U.S. Air Force Base include:

The air-conditioned bus tours, to be offered at 10am, 11:30am, 1:30pm and 3pm, take approximately 75 minutes. The museum recommends using their NEW online advanced-purchase service at pimaair.org/visit/buy (click on the BUY TICKETS photo) or telephone ticket service 1-888-71-tickets. An email address with a printer or a smart phone/tablet is required to print out/display purchased tickets. A nominal service fee is charged per ticket for the advanced-purchase service. A limited number of walk-up tickets will be available for purchase on Sat., Aug. 30th beginning when the museum opens at 9am.This event was designed to thank the local Tucson community for their support and for embracing the “Boneyard” as a local icon for more than 68 years. It is hoped that this outreach opens the door for many hard-working neighbors to take advantage of a rare opportunity to view the broad range of aircraft and items of interest the Aerospace Regeneration and Maintenance Group workforce maintains, and experience firsthand this nation’s past and present airpower display.“It’s always wonderful to respond to one of our most frequent visitor requests: to have ‘Boneyard’ tours on a Saturday,” stated Yvonne Morris, Executive Director of the Arizona Aerospace Foundation that operates the Pima Air & Space Museum. She continued, “We are extremely grateful for the extra effort DM, AMARG, individual airmen, museum staff and volunteers put forth—especially giving up their Labor Day Weekend—to make this possible for Tucsonans. It’s a great example of Tucson’s cohesive caring community.” 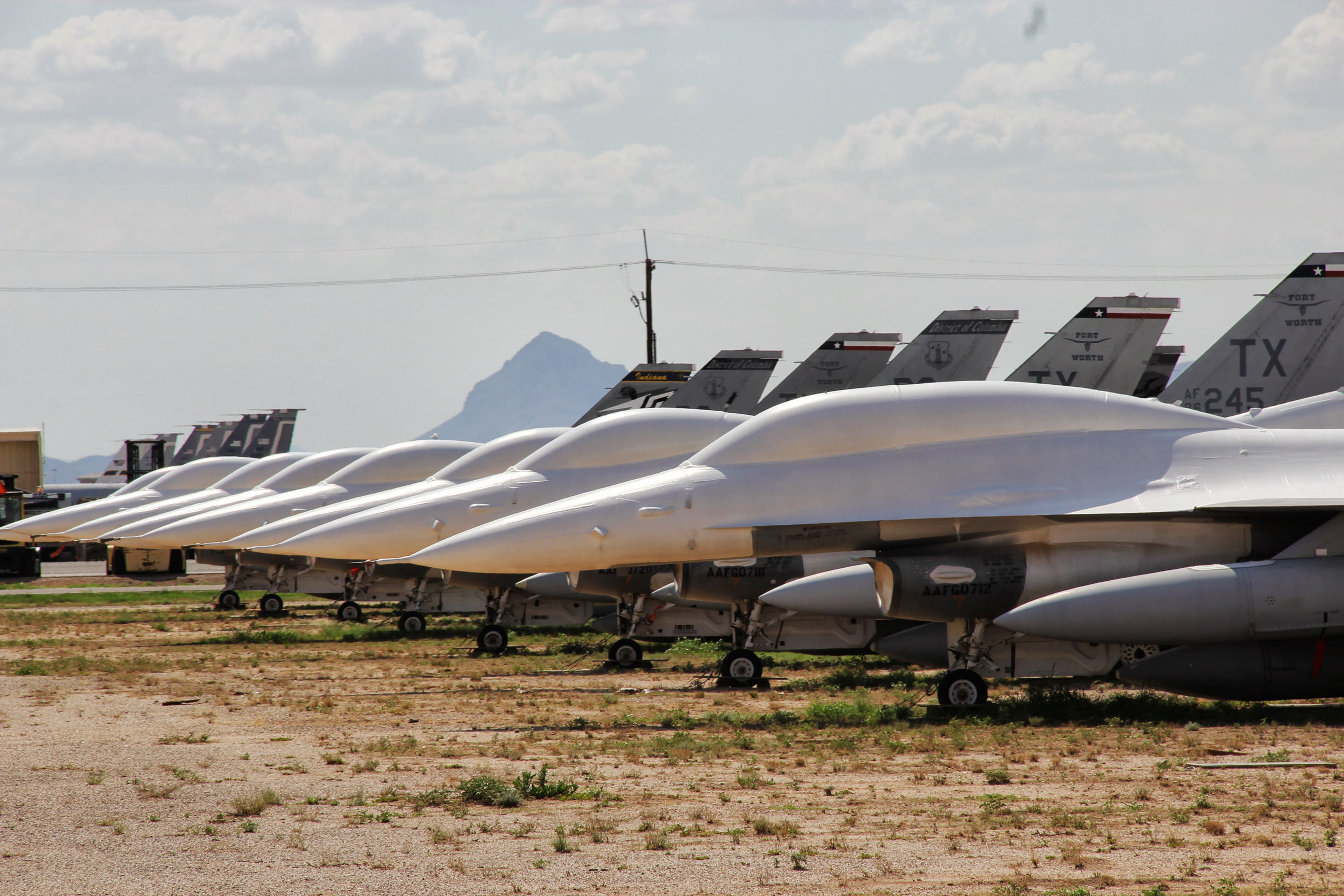 Saturday “Boneyard” tours were previously offered only once before, on “Labor Saturday” 2013, and sold out. Public service advertisements were graciously provided by the generous community partners: the Arizona Daily Star and Cumulus Radio (K-HYT 107.5). Tucsonans with questions can call the Pima Air & Space Museum’s general information line 520 574-0462 Monday through Friday 8:00am to 5:00pm. Reservations are not taken, the only options are online/888-telephone purchases and day-of walk-up.

ABOUT 309 AMARG
309 AMARG is a modern, high-tech industrial facility providing a broad range of aircraft and aerospace vehicle support services to the U.S government and foreign allies. Services include aircraft and aerospace vehicle storage, parts reclamation, regeneration (restoration to flight capability), limited aircraft depot level maintenance) and aircraft disposal. AMARG’s primary mission or role is to provide maintenance and asset regeneration for sustainment of the warfighter.

ABOUT PIMA AIR & SPACE MUSEUM
Be wowed at Pima Air & Space Museum, one of the largest aviation museums in the world and the largest non-government-funded in the U.S. (TripAdvisor ranks it in the Top 10% worldwide for excellent ratings, 95% say “Thumbs up!”) Its significant collection, 300 strong from around the globe, covers commercial, military and civil aviation alongside more than 125,000+ artifacts, including a moon rock donated by Tucsonan and Astronaut Frank Borman. Be amazed by many all-time great aircraft:

Explore five large hangars totaling more than 189,000 indoor square feet—four+ football fields­—of air/space craft, heroes’ stories and scientific phenomena. The 390th Memorial Museum (a independent museum located on the grounds) and two hangars are dedicated to WWII. Pima Air & Space maintains its own aircraft restoration center. It also operates exclusive tours of the “Aircraft Boneyard,” aka the 309th Aerospace Maintenance and Regeneration Group (AMARG) on Davis-Monthan Air Force Base, plus offers a docent-led tram tour of its 80 acres (additional fees apply). Pima Air & Space Museum is located at 6000 E. Valencia Rd., just off I-10 exit 267, in Tucson. More information can be found at www.pimaair.org, on Facebook at www.facebook.com/PimaAirAndSpace, or by calling 520 574-0462.