For those wishing to hear the magnificent sound of four Rolls-Royce Olympus engines roaring in unison again, albeit briefly, one had to be on hand at London Southend Airport in South-End-On-Sea, England this past Saturday to witness the spectacular sound (and sight) of Avro Vulcan B.2 XL426 performing a simulated take off. She made two such runs on the active, streaming her brake parachute on the latter outing, a highlight of the Vulcan Restoration Trust’s Summer Taxi-Run Event on September 11th, 2021.

Our friend Steven Comber from the Center of Aviation Photography (COAP) was there to capture the event, embodying COAP’s motto for “the relentless pursuit of aviation!”

Saturday marked the second occasion this year in which the Vulcan Restoration Trust exercised XL426 on the runway at Southend. The earlier event took place on June 26, 2021, the first time the vintage V-bomber had streamed her brake parachute since a taxi run on August 12, 2006. Bill Burnett was also a pilot on that day, accompanied by Iron Maiden’s lead singer (and airline pilot!) Bruce Dickinson. 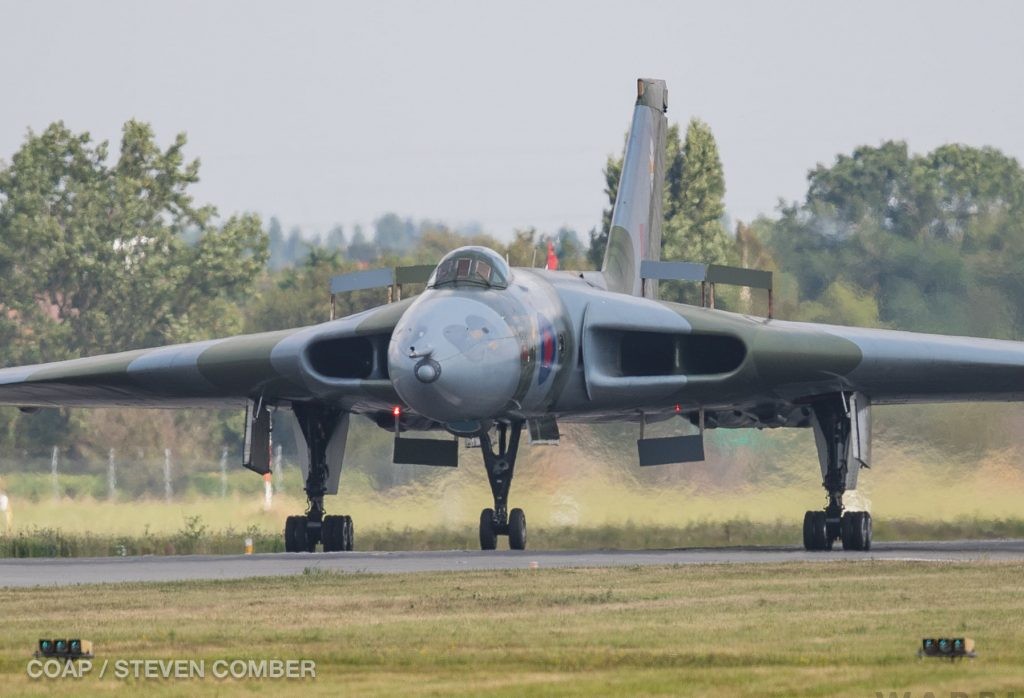 The Centre of Aviation Photography (COAP)’s was again involved with the event, and co-founder, Steven Comber, shared a few of his photos with us, which we thought our readers would like to see. As many will know, world-renowned, award-winning photographer and journalist Rich Cooper co-created COAP with Comber in 2015. A professionally run organization, COAP operates a year-round program of aviation-photography experiences for participants via a staggering portfolio of Aviation Photography Workshops, Photo-Shoots, Air-to-Air flights, Seminars, and Exotic Wings photography visits around the world.

Steve told Warbird Digest “With two blasts down the runway commencing 13.00, attendees saw this unique aircraft deploy its brake chute for only the second time in several years on its last run. Heat haze made photographic capture of this event challenging from all vantage points on the runway, regardless, I for one look forward to attending the next event in early 2022, if not before.“

For those wanting to know a little more about XL426’s present situation, the Vulcan is maintained in full ground-running condition (i.e. non-airworthy, but taxiable, with systems, including engines, kept in operational status) as part of Britain’s aviation heritage and in tribute to the RAF personnel who flew and maintained the type during the Cold War. The Trust also serves an educational role for the general public regarding the Vulcan, and the important role these aircraft played in shaping Britain’s military history during the post-WWII era. This is a different aircraft, of course, to Avro Vulcan B.2 XH558 which operated on the air show circuit between 2008 and 2015. That aircraft is now maintained in taxiable condition at Doncaster Sheffield Airport, while a third example, XM655, is maintained in taxiable condition at Wellesbourne.

For those interested in witnessing this Vulcan’s roar, there is an event in the planning stages for 2022 which you will not want to miss! If you are able, you should consider becoming a member of the Vulcan Restoration Trust to help their volunteers maintain XL426’s bright future at Southend. For more information, please do visit www.avrovulcan.com. 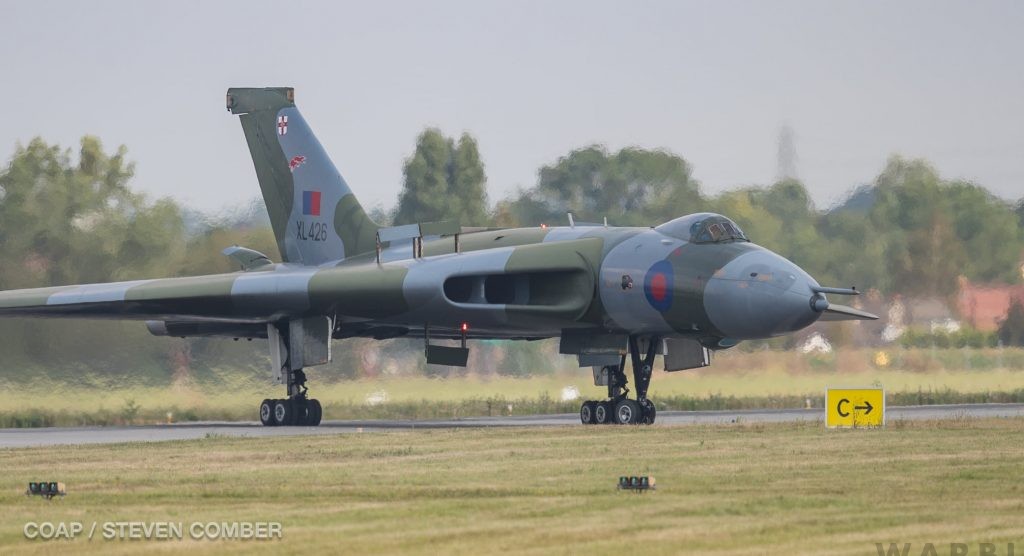