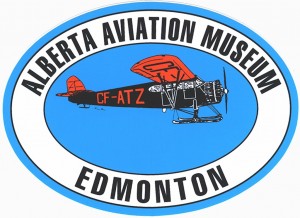 In an update on the Alberta Aviation Museum‘s recently acquired Canadair CF-104 Starfighter that we’ve been following, the plane has been undergoing restoration and the fuselage has been pulled on its own wheels with a tow vehicle and escorts to a local Edmonton autobody shop to have the Royal Netherlands Air Force paint stripped off the fuselage followed by polishing off the anodized coating, exposing the bare aluminum finish that once polished to a mirror finish, will match the scheme that Canadian Air Force CF-104s sported.

After final assembly the cockpit will be assembled and the markings installed and Dutch Starfighter D5805 will have been transformed to Canadian Armed Forces Starfighter 104651 as flown in 1980 at Cold Lake, Alberta. “651” was lost in 1980 during a low level strike training misson Northeast of Cold Lake when it ingested several Pelicans at a very low altitude and the crew was forced to eject. The pilot who was in command for that flight, Rick Wall, is expected to be on hand for the unveiling of the plane later this summer and has donated several items for the exhibit that will accompany the plane which will include information detailing its previous service in the Dutch Air Force, the history of “651” in particular and Canadian Starfighters in general.

Back in early 2021, we reported that the Military Aviation Museum (MAM) had just acquired Douglas SBD-5 Dauntless Bu.36175 from the National Naval Aviation Museum, along with a significant cache of relevant parts from collector/restorer […]