As part of the 75th Commemoration of the End of WWII, three Legacy of Peace Aerial Parades to celebrate the service and honor the sacrifice of our WWII veterans will be visible to residents around Oahu. These flights will feature 17 WWII Warbirds — 14 that were carried on the USS Essex and 3 that are in Hawaii — on August 29, 30 and September 2.

FLIGHT ROUTES & TIMES BELOW
Note: The time stamp at each landmark site estimates the projected appearance of the first aircraft in the parade. It could take as many as 40 minutes for the last aircraft, the two Stearman Bi-wings, to pass by. 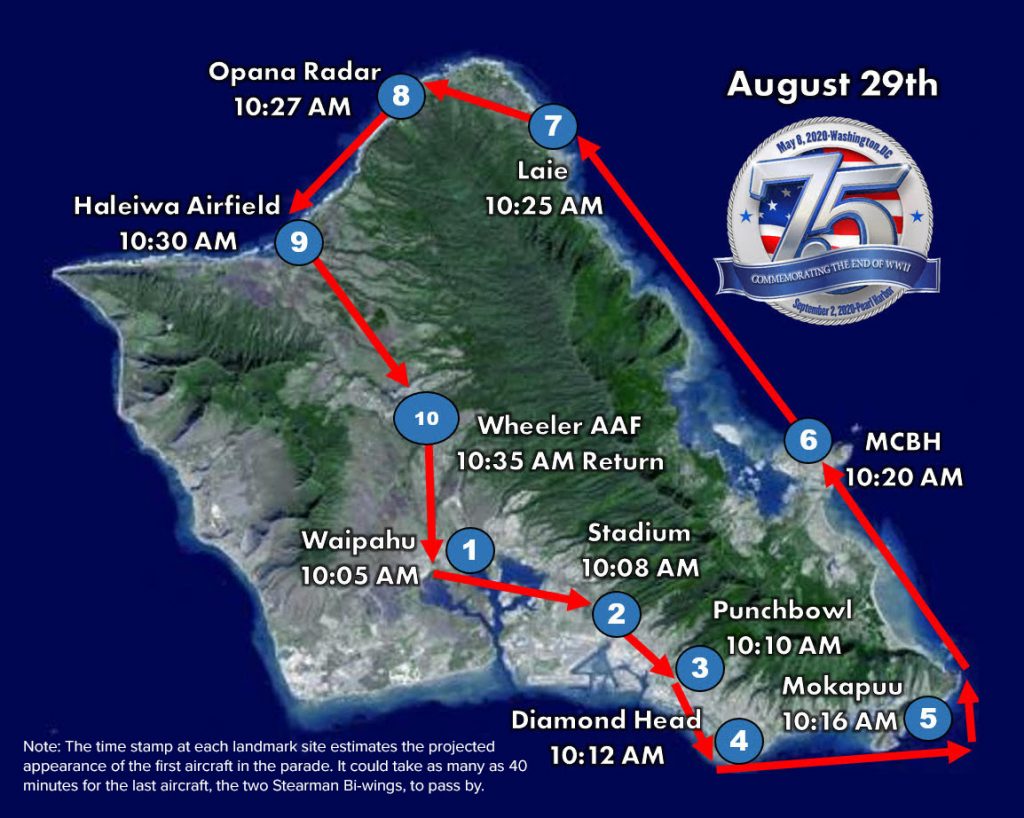 The first Legacy of Peace Aerial Parade on August 29, from 10:00am –11:00am will flyover Waipahu, the Pearl Harbor / Aiea area, then will follow a path toward the south shore. Heading north, the Warbirds will fly along the windward side, around the north shore and by Haleiwa Airfield. 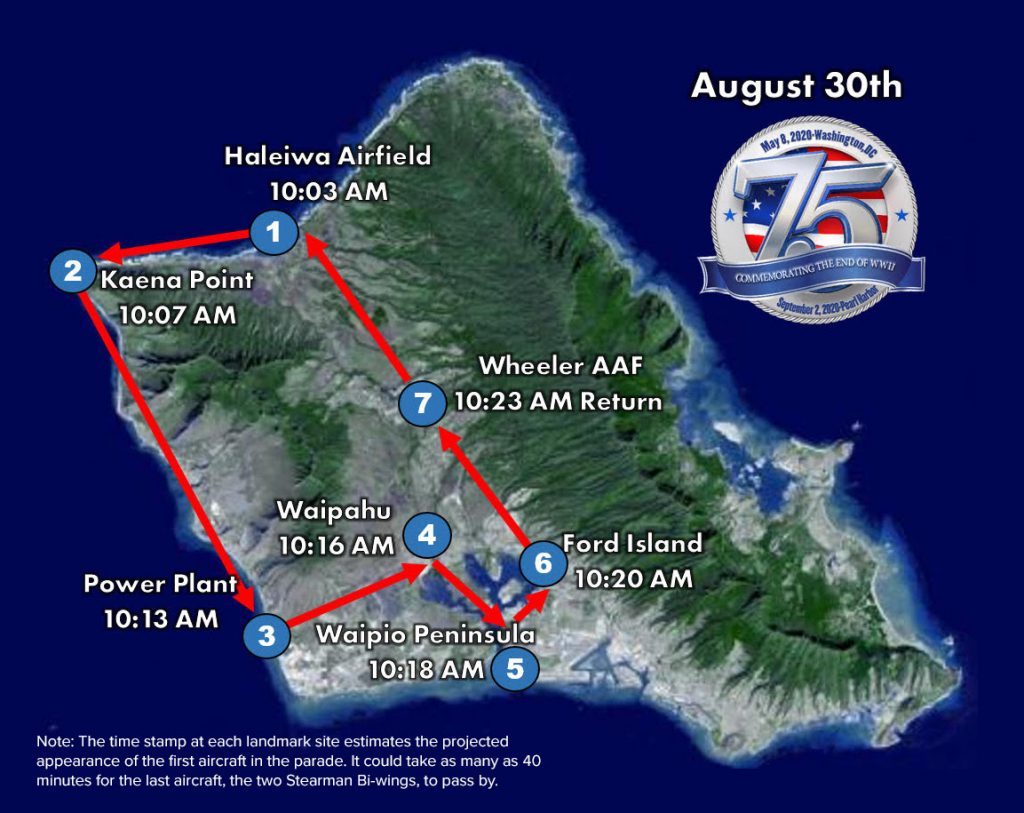 The second Legacy of Peace Aerial Parade on August 30, from 10:00am–11:00am will follow a flight path from Wheeler Air Force Base to Haleiwa Airfield and Kaena Point, then along the west side of Oahu, returning above Pearl Harbor and Ford Island. 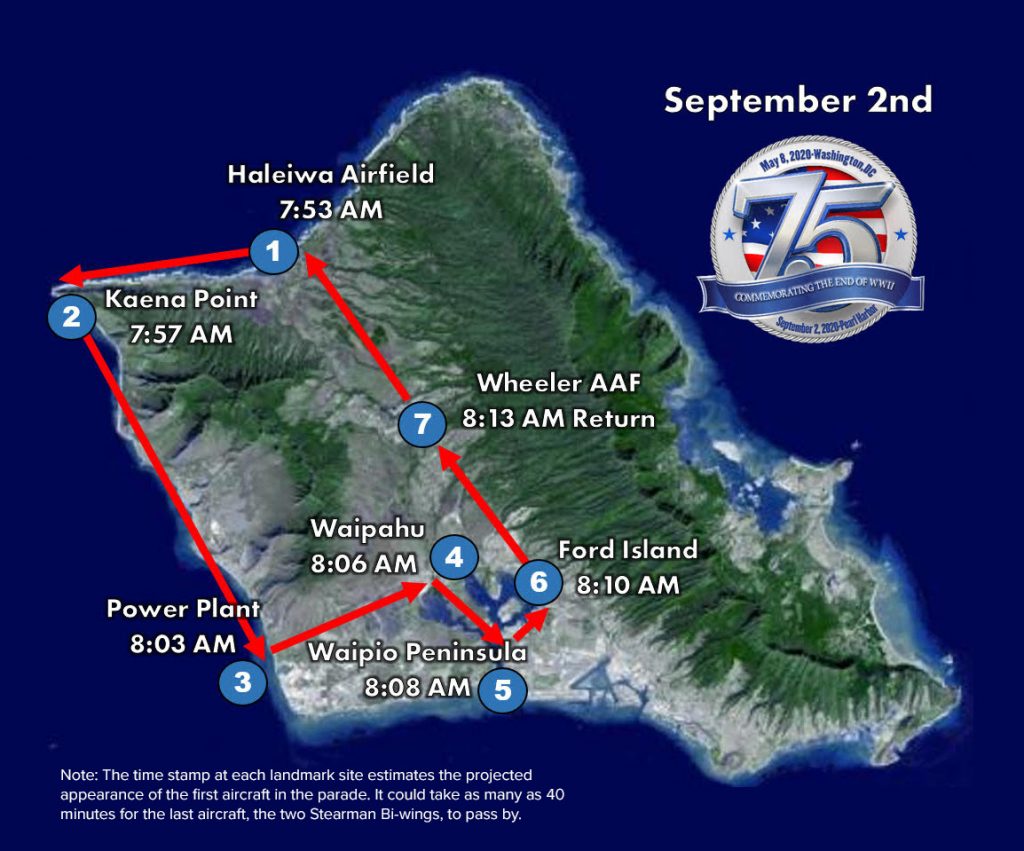 As part of the 75th WWII Commemoration Ceremony, on September 2, the Legacy of Peace Aerial Parade will begin at Wheeler Air Force Base just after 7:00am on a path toward Haleiwa Airfield, then along the west coast of Oahu. Turning inland, the Warbirds will fly over the Battleship Missouri Memorial starting at 8:10am.

On September 2, beginning at 8:10am, everyone is reminded to tune into the Live Stream of the 75th WWII Commemoration Ceremony provided through satellite feed to stations around the globe, by watching on our official website 75thwwiicommemoration.org or by joining Facebook Live at #75thWWII