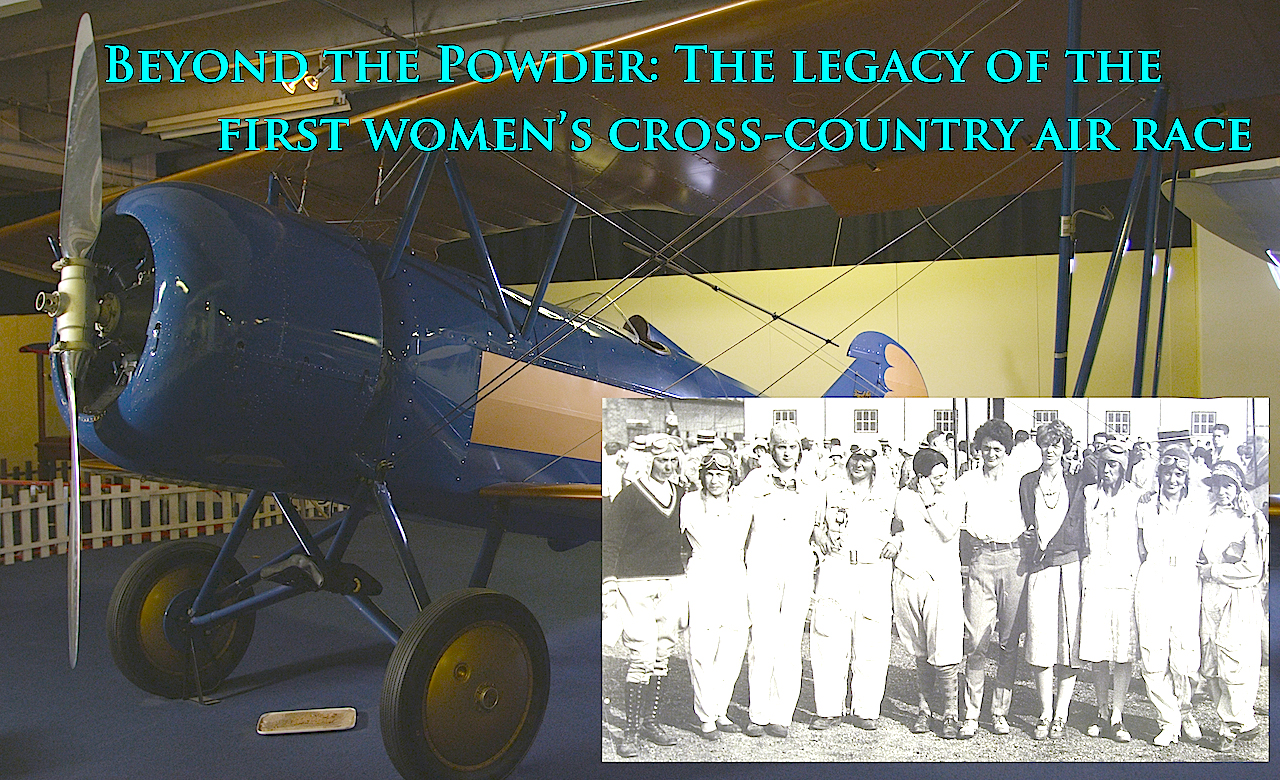 Hemlock Films, producers of the acclaimed documentary “The Restorers”, recently announced their production of a new aviation documentary titled “Beyond the Powder: The Legacy of the First Women’s Cross-Country Air Race”. This feature-length documentary will follow the fascinating story of women who continue to race across the United States, flying in the footsteps forged in great controversy by women pilots of that famed first race of 1929.

The documentary features two women air racers during their build-up to the 2014 Air Race Classic, mirroring the story of the original 1929 Air Race. The first Women’s Air Derby was a cross-country air race between Santa Monica and the finish line in Cleveland, Ohio which kicked off the National Championship Air Races. The eyes of the country watched as the women made history while flying cross-country in what was then thought of as a man’s competition. They encountered sabotage, death, and the many difficulties involved with flying at the dawn of aviation. These women made history and the documentary’s goal is to inspire young girls and women to do the same.

Hemlock Films hopes to showcase how these female racers still inspire today’s women to reach for their dreams and achieve whatever they wish to. The award-winning production company, Hemlock Films, will produce the documentary and it will air nationally on PBS.

Director, Kara Martinelli, has completed two aviation documentaries for Hemlock Films, both of which have won awards. The Restorers: They Were All Volunteers won two Emmy Awards for Writing and Technical Achievement and Rise Above won the International Council of Air Shows – Special Achievement Award.

White is currently working on post-production of two more aviation history documentaries, one of which is a Documentary-TV series.  An episode of that series is dedicated entirely to the Aviatrix, with stories of the Women’s Air Service Pilots from WWII, Jackie Cochran, and Louise Thaden’s plane that she raced in the 1929 Women’s Air Race.

The documentary will begin pre-production in May, with filming following in June, however funding is critical to achieving this goal. They have organized a crowd-funding campaign through Indiegogo, and we urge our readers to contribute if they can. For information on the Indiegogo campaign, click here.