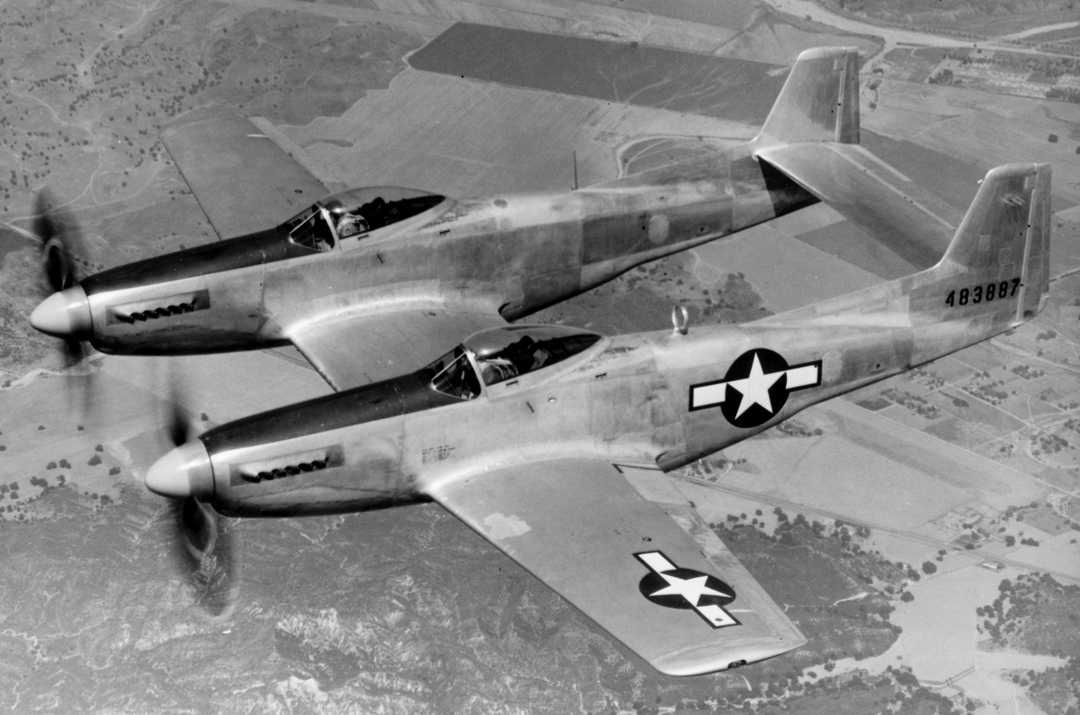 The special attach angles, all four of them, are now fitted to the aft fuselages. The team has drilled and reamed them for the attaching 5/16” and 3/8” nut plates and close-tolerance bolts. The team has flush-trimmed the excess skin overlap on both aft fuselages to accept the zero-tolerance butt-fit of the four vertical stabilizer side skins (two per tail fin).

The still unfinished attach angles for vertical stabilizers (in gray) on the rear fuselages. (photo via Tom Reilly)

The new Michelin Air 32″ x 8.8” tires are now fitted to the new wheel rims. Reilly’s team had to manufacture two new inner-bearing and seal spacers using a lathe to cut them from a single aluminum billet. None of the original ones that came with the XP-82 project from Walt Soplata or the Alaska wreck site were salvageable due to deep rust pits.

One of the subcontractor machine shops has completed the remainder of the brass water neck and purge fittings that will be soldered on to the shell(s) of each heat exchanger. (For a size reference, the diameter of the large flanges is about 6”.) Another subcontractor has completed sewing the chafe straps (10) which protect the oil and glycol header tanks.

As mentioned in the previous news release, the two center windshield glasses are now complete and fitted into their frames. The four side glasses are with an aviation Plexiglass-forming company in Ohio. The team hopes to have them back soon.