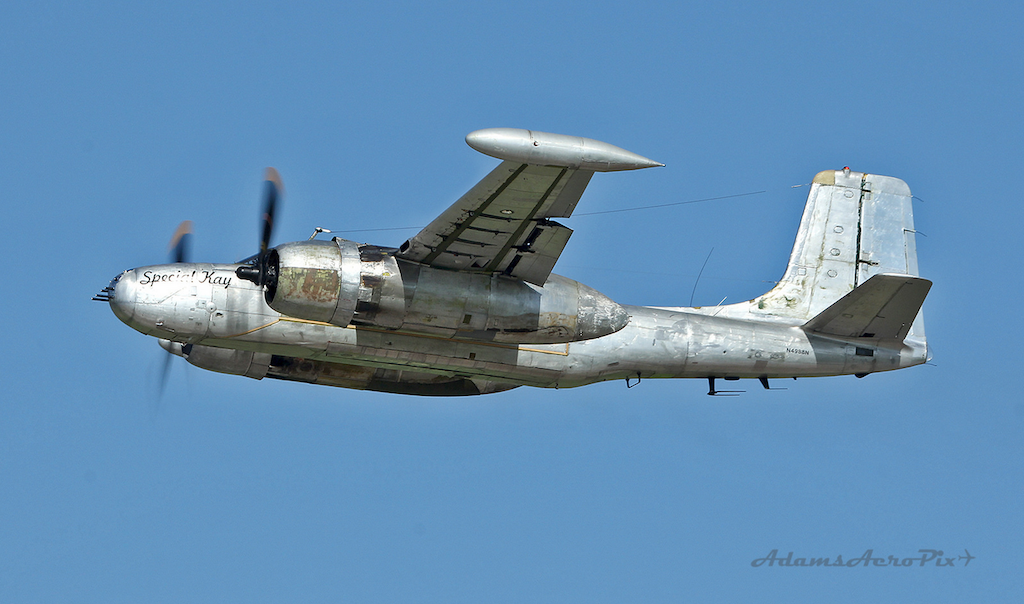 In January 2010, a rare warbird arrived in Fort Worth, Texas after a cold ferry flight from Billings, Montana. That journey signaled the beginning of a 6-1/2 year restoration effort to return a B-26K ‘Counter Invader’ to airworthy status. On Saturday July 8th, 2017 the world’s only flyable B-26K “Counter Invader” returned to the air!

The ‘Counter Invader’ story begins in the 1960s with U.S. Air Force efforts to develop an effective counter-insurgency aircraft for use in South East Asia. On Mark Engineering in California developed the aircraft from a standard A-26 Invader. With stronger, rebuilt wings, powerful 2500hp R-2800 engines, wingtip fuel tanks and reversible props, the the company greatly improved the A-26’s performance and endurance. On Mark increased the aircraft’s offensive capacity as well by installing under-wing hard points to allow the Counter Invader to carry 8,000 lbs of external ordinance in addition to the already impressive 4000 lb bomb bay load. They also modified the nose to include eight .50 caliber machine guns, making the Counter Invader a potent ground attack aircraft.

On Mark built 39 B-26Ks. Thirty examples deployed to Thailand with the 609th Special Operations Squadron. However, the Thai government would not allow U.S. “bombers” to operate from their airfields, so the Air Force provided a ‘fig leaf’ of cover,  by re-designating the variant as the A-26A (the nomenclature of B-26K, A-26K and A-26A appear quite interchangeable in conversations with those that flew and maintained the Counter Invader during its service).

The Counter Invader operated in theater between May 1966 and November 1969. They mostly flew night interdiction missions over the Ho Chi Minh Trail. Twelve were lost in combat.   Click on A Night Flight With S. Elmo, Flying the A-26 Invader in Vietnam to read a great story we published few years ago.

The aircraft in Fort Worth, affectionately known as “Special Kay”, is the last On Mark B-26K to be built and served as a stateside trainer for the pilots headed to Vietnam. The aircraft started life as A-26B 44-34198. After WWII it went into storage until On-Mark acquired it for modification. Following Vietnam, the government sold her to the Georgia Forestry Commission, then she passed to Air Spray Limited in Canada and eventually to Lynch Flying Service in Montana. One of the remarkable parts of this aircraft’s story is that much the original military equipment was never removed, leaving an amazing time capsule of 1960’s military technology intact. 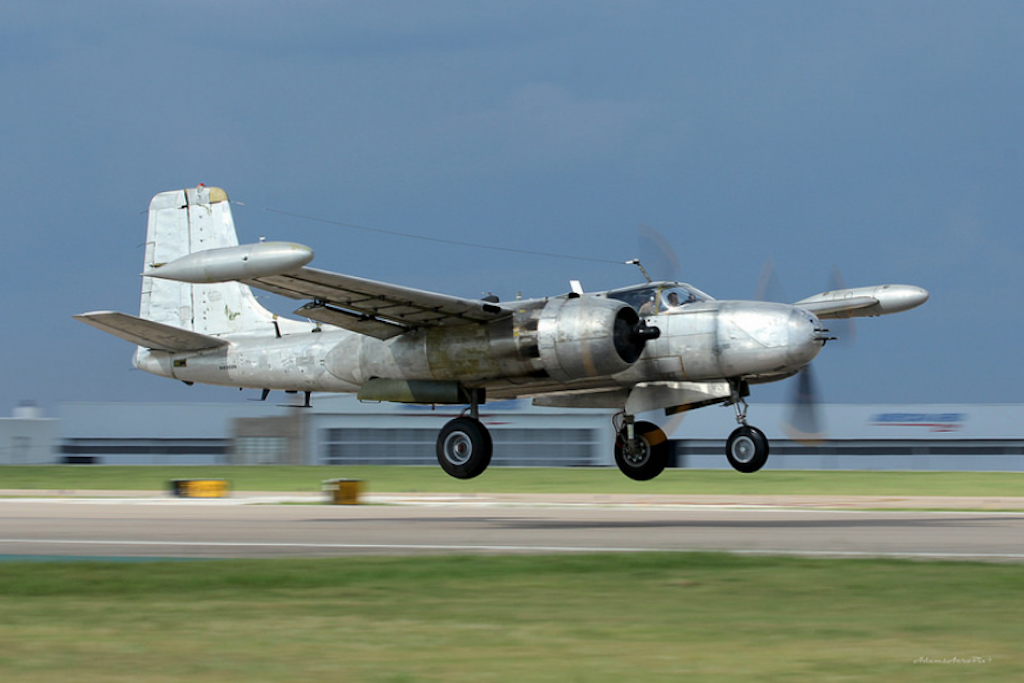 In 2010 The Greatest Generation Aircraft group and the A-26 Legacy Foundation began a multi-year restoration project to pay tribute to the “Nimrods” of the 609th SOS.  That project reached a successful conclusion with a first flight on July 8th, 2017. With Crew Chief J.R. Hoffman firmly in charge, the crew rolled the airplane out of the hanger into the warm Texas sunshine about 4:30pm. After a day’s worth of last minute work to make her ready for flight, pilot Steve Swift, co-pilot Patrick Mahaffey along with flight engineer “Larry the avionics guy” climbed aboard. The airplane started easily, and was soon warmed up and ready to go. The flight lasted about half an hour and the airplane came back with minimal squawks – nothing the crew couldn’t fix in a day’s time. 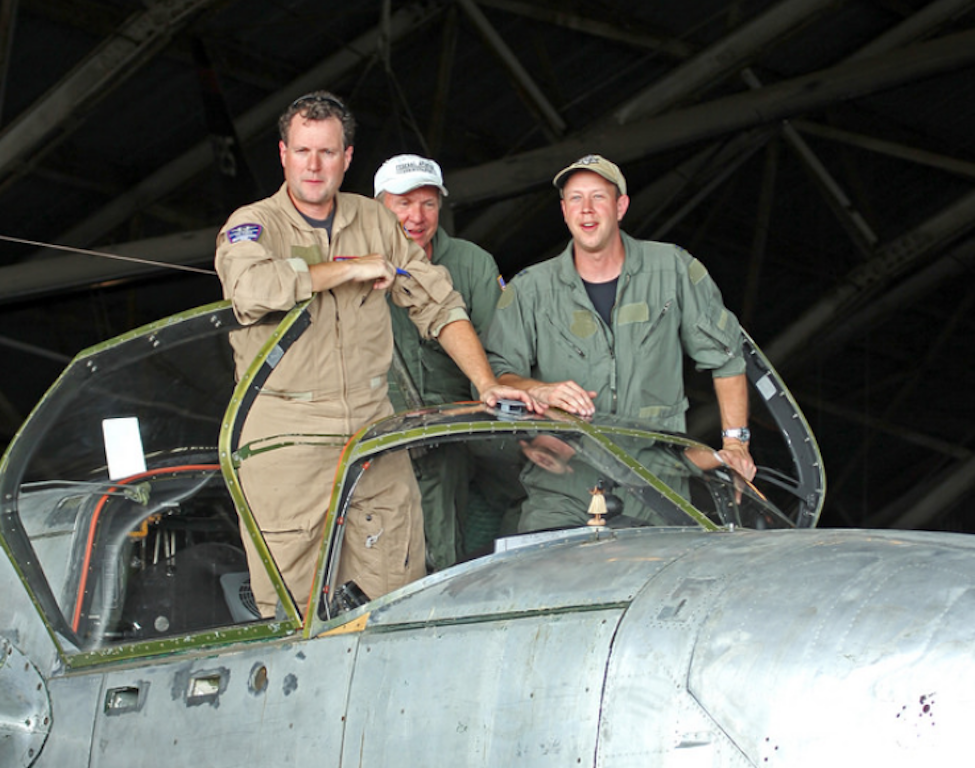 The crowd of former “Nimrod” crew and their families, along with many supporters from the local aviation community, voiced their approval of the day’s flight with tears, cheers and a glad hand to the crew!

A virtual squadron of volunteers and the families of the “Nimrods” have worked long and hard to bring the aircraft back to life. Donations from around the world have helped, but that effort is far from complete. They still need support to paint the aircraft and to build spares and operating capital to bring the “Special Kay” to air shows and veterans events around the country so that the “secret” history of the 609th SOS and the B-26K can be told. 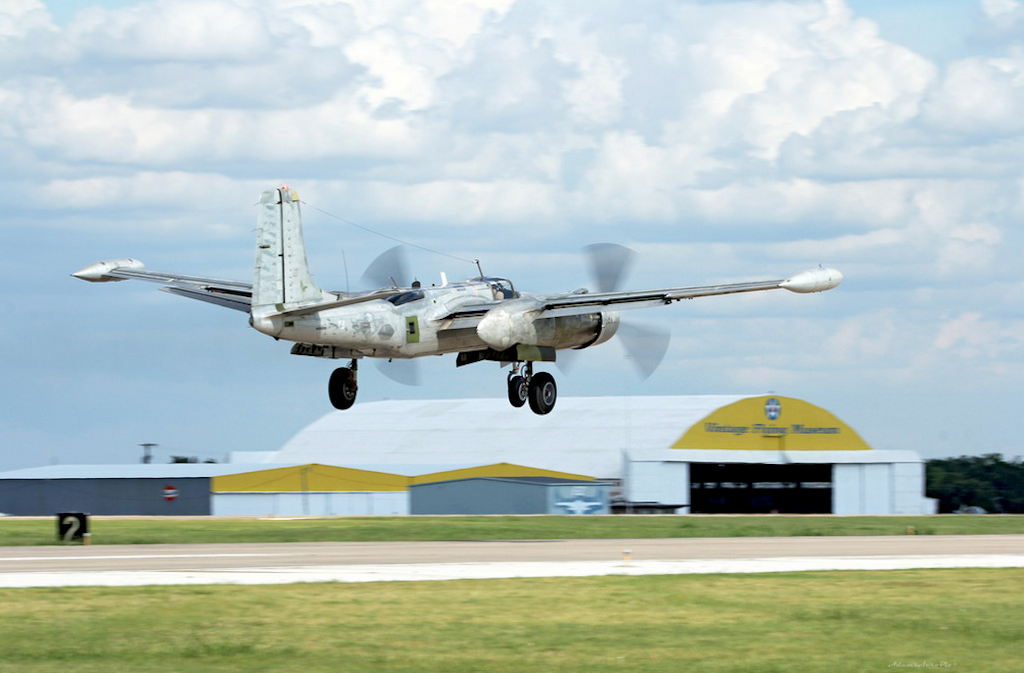