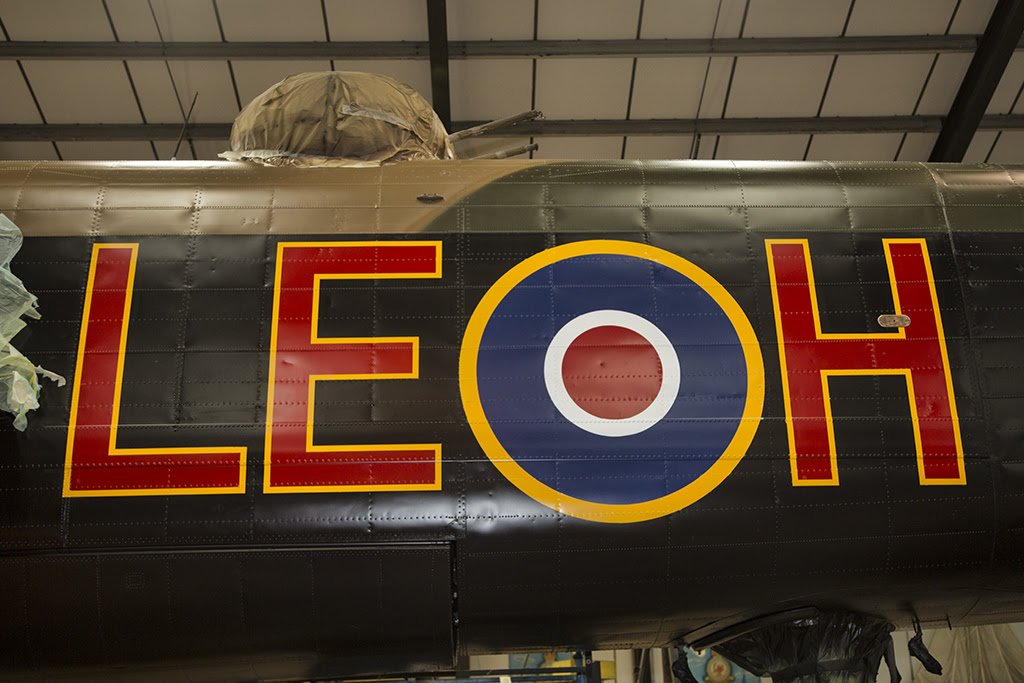 By Austin Hancock
Lincolnshire, UK – In the month that has elapsed since our last update, the crew of “Just Jane” has accomplished quite a chunk of work. When we last checked-in, the Lincolnshire folks were in the process of tripping off the old coating, with plans to re-paint the entire Lancaster. Since then, the complete re-paint has been accomplished, and looks magnificent. It’s worth noting that ‘NX611’ retains her original markings/scheme, this process is simply just to “freshen up” her looks. 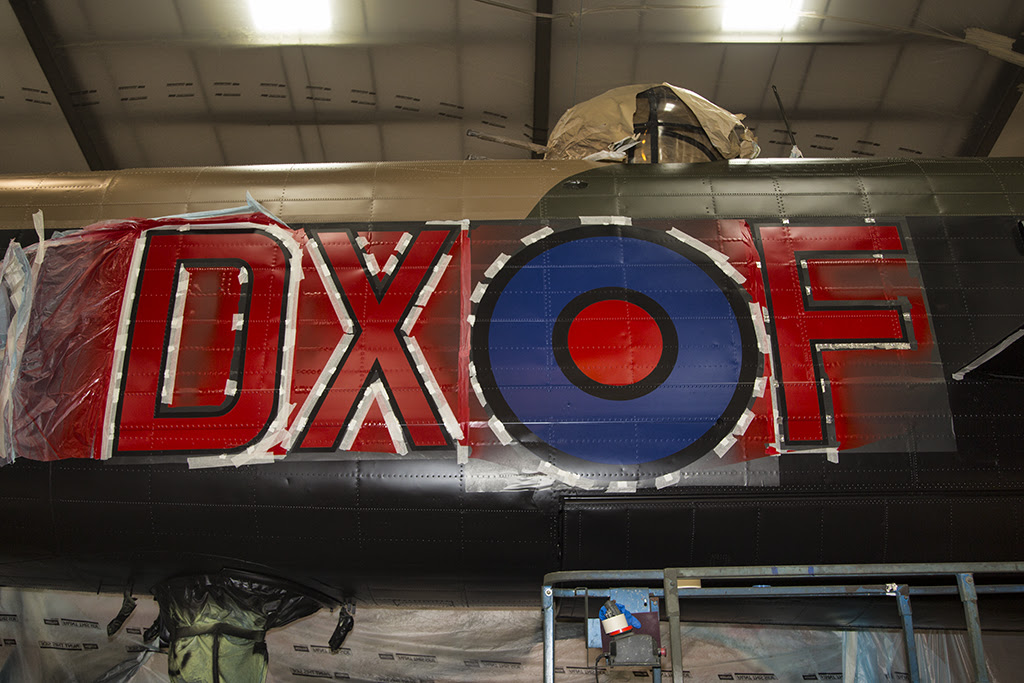 Along with a fresh-coat of paint, “Jane” has seen re-installation of many parts. Wing tips, bomb doors, wheels, and control surfaces have all been put back in place. The re-installation continues, and next week should see the turrets, props, et al. returned to the Lanc’s airframe. Following this process, a series of engine-runs and taxy tests will be ran, prior to the first public appearance of the season on 29th, April 2017.