Arnold Roseland was just 28 years old when he died in an aerial gunfight over Normandy in the summer of 1944. He had fought both the Japanese in the Aleutians and the Nazis before and after D-Day. If anyone deserved to return home to his family, it was the well-liked “Rosey”. But it was not to be. Instead he died when his parachute caught on the tail of his burning Spitfire and he was thrown to his death when the aircraft struck the ground.

Since that day, Rosey’s remains have lain in a well-tended grave site at the Bretteville-sur-Laize Canadian War Cemetery in Calvados, France. In those days, men who died in battle were not returned home, but were often buried in the small town graveyards where they died and then moved to a larger site after the war. Their spirits returned to be captured in the hearts of loved ones, there to live forever in their memories. The memory of Arnold Roseland lived on in his wife Audrey’s heart until her death, and since then his story has been carried like a torch by his son Ron and his children and grandchildren. Though Ron would never meet his father, he had some artifacts to help him construct a bridge to him—his eyes have scanned the words that Rosey’s hands penned in his logbook, his hands have caressed his pilot’s brevet, his story has coursed through his bloodstream like a ghost. But there was no actual living memory he could attach his love to. Until last week. 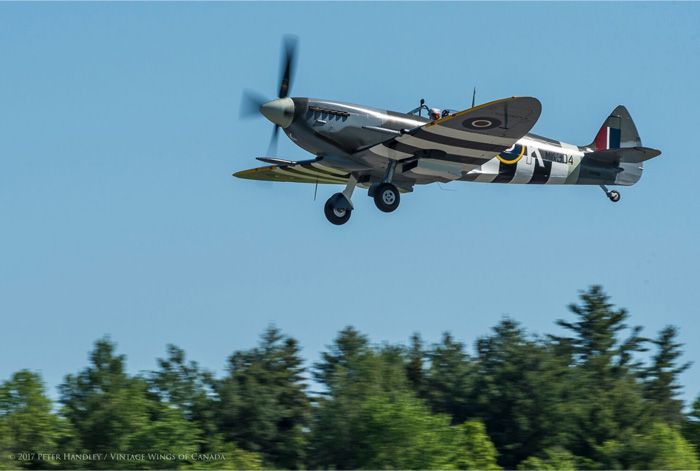 Last week, Rosey’s spirit rose into the air over his native Canada, casting a physical shadow across a country he gave his life to protect and to preserve its freedoms. Last week, after many years and millions of dollars, Spitfire Mk IX TE294, known as the Roseland Spitfire, took to the skies for the very first time. The Roseland Spitfire is the very embodiment of that brave, fatigued young man from so long ago. It is in fact the embodiment of every young Spitfire pilot who went to war and never came home. That is why we took on this project—to honour these courageous Canadians by building the first Spitfire ever built in Canada and flying it in Canadian markings.

We offer up the very fine photographs taken by Vintage Wings of Canada’s official photographer Peter Handley as well as a short video by our official videographer Jonathan Edwards who was there to record it. It was a happy day for the entire Comox/Gatineau team, but all of Canada should be proud of their accomplishment.

When the volunteers at the Comox Air Force Museum began work on TE294, they went forward under the hopeful banner “She will fly again.” Vintech Aero and Vintage Wings of Canada have always respected this vision of the project’s founders and we are proud to have helped fulfill that promise they made. Since this first flight, the Roseland Spitfire has now completed six test flights, each one carefully and gradually expanding the flight envelope of the aircraft. Vintage Wings of Canada will now take TE294 through a lengthy, meticulous and methodical test process for the rest of the year to ensure she is in perfect order before she attends any distant air show or other events. She will, however, be debuting for all of Canada when she makes a triumphant flypast over Parliament Hill in Ottawa on Canada Day to celebrate Canada’s 150th Birthday. How’s that for a homecoming for long lost but not forgotten Arnold Roseland!

Click on the image below to read the full article and report of the first flight. 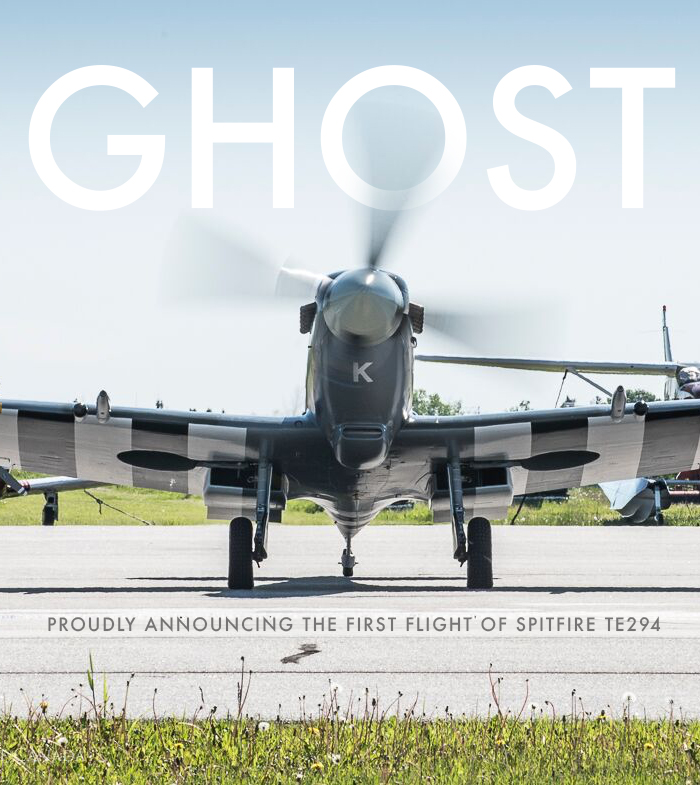