On March 28th, 2023, the Aeronautica Militare Italiana (Italian Air Force) will mark its 100th anniversary with a celebration at Pratica di Mare Air Base, Italy’s largest military airfield, located in Pomezia, Lazio on the Tyrrhenian coast just south of Rome. One of the oldest independent air arms in the world, it began life as the Regia Aeronautica on March 28th, 1923, with the merger of aerial elements from Italy’s Royal Army and Royal Navy. These units had already garnered significant combat experience, both during the then recently concluded First World War and the earlier Italo-Turkish War of 1911/12.

For the centenary, the Aeronautica Militare Italiana (AMI), Italy’s Department of Defense, private collectors, and aviation organizations are coming together to celebrate this milestone in style.

Sadly, despite Italy’s rich aviation heritage, very little historic material was preserved for future generations. This unfortunate situation is due to a variety of issues, but stems significantly from the population’s general opposition to the military right after WWII. However, thanks to efforts from organizations such as the Historical Aircraft Group and private individuals like Renzo Catellani, positive changes in this dynamic are finally beginning to have an effect.

Catellani is the driving force behind the restorations of two iconic Italian jet trainers, an Aermacchi MB-326 and MB-326K.We have covered his efforts on a number of occasions HERE.

Catellani’s next project is a bit more ambitious; he and his team are in the process of restoring a FIAT G-91 to flying conditions. For those unfamiliar with the Fiat G.91, the type evolved from a mid-1950s NATO competition for a lightweight strike fighter. While the aircraft does bear some superficial resemblance to the earlier North American F-86 Sabre, it is unrelated to that design. The type proved to be a great success; factories in both Italy and West Germany produced more than 750 examples between 1956 and 1977. In addition to Italy’s Aeronautica Militare and West Germany’s Luftwaffe, the Força Aérea Portuguesa (Portuguese Air Force) also fielded significant numbers of G.91s, with some airframes serving into the mid-1990s.

This project first saw light in February 2021, while the actual work began in January 2022, thanks to a collaboration between Callegari Srl and the AMI. Technicians and specialists involved have come, in particular, from the Italian Air Force’s Distaccamento Aeroportuale di Piacenza, the NVPA (Nucleo Valorizzazione Patrimonio Aeronautico) of Piacenza San Damiano,  1st Aircraft Maintenance Department of Cameri (Novara), from the 3rd Aircraft Maintenance and Armament Department at Treviso, from the 6th Wing at Ghedi, and from the 61st Wing at Galatina (Lecce). The support of the ACS company and other small and medium-sized Italian companies is also fundamental.

Last March, at the former Piacenza-San Damiano Air Base just south of Milan, Catellani’s team started up a long-dormant Bristol Siddeley Orpheus Mk.803-02 turbojet in a G-91R fighter-bomber once based with the 2nd Wing at Treviso-Sant’Angelo.

“The most exciting challenge was to update procedures and equipment that have no longer been in use for about 30 years. The jet, designed in the fifties by the engineer Giuseppe Gabrielli, was, in fact, completely disassembled, to be reassembled only after the complete revision of all the individual components while the works were preceded by a careful analysis of all the documentation, technical and historical, of the aircraft. It’s a matter of fact this is a full swing ground up restoration ” Renzo Catellani told us.

The aircraft itself served as MM6305 within the Italian Air Force; the MM standing for Matriola Militare (military serial number). The G.91’s restoration has been divided between two locations. Catellani and his team work on the fuselage, avionics, and hydraulic systems in Reggio Emilia, while personnel from AMI are working on the wings and tail section of the aircraft. Once completed, the airplane will be painted in the colors of “PONY 10,” the airplane flow by legendary aerobatic pilot G.B. Molinaro with  Italian Aerobatic Team Frecce Tricolori.

According to Catellani, the restoration is on track with his plan: “We have conducted another positive engine test. The work on the airframe proceeds flawlessly, and we hope that before the end of the year we can expect to test fly the airplane.”

For the special occasion, the pilots selected to test the G-91 (and eventually fly it at the centenary airshow) include Maurizio Lodovisi (who test-flew Catellani’s MB-326K), and Sergio Comitini (who test-flew Catellani’s MB-326E). Lodovisi graduated from the USAF Test Pilot School at Edwards AFB in 1982 and Comitini graduated from Sheppard in 1986. Both pilots are retired Italian Air Force Officers, each with thousands of flight hours on a variety of aircraft types, such as the MB-326K and G-91, which they flew as Test Pilots when serving with the Reparto Sperimentale Volo, the Italian Air Force’s flight test unit. Following its certification, the aircraft will fly with the Museo dell’Araba Fenice. As already noted, it will be finished in a beautiful Frecce Tricolori scheme, depicting the Number 10 aircraft as seen in the vintage image below.

The aircraft’s owner, Renzo Catellani has always had a passion for airplanes and flying. He founded the Museo dell’Araba Fenice which collects aeronautical artifacts to help educate the public about aviation history. Volafenice (more properly known as the Museo Volante Vola Fenice – or Phoenix Flying Museum) is the main museum’s subsidiary tasked with restoring and operating historic aircraft. The flying museum got started when Catellani acquired the remains of a SAIMAN 202 trainer (MM52165) and a more complete example (MM 52163) as well as two airworthy warbirds – an ex-Italian Army Cessna O-1E Birddog (MM61-2963) and a Mudry CAP 10B trainer (F-GKJI, n.c. 20, ex Armée de l’Air) which was recently sold. In the years which followed, the collection expanded further with the acquisition of a Piaggio P.148 (IAF MM53544, the first Italian Air Force example), Fiat G.91R, and the two Aermacchi MB-326s, all of which have a significant place in Italian military aviation history. The museum also operated former Royal Air Force Hunting Jet Provost T.5A XW355 which is in the process of being donated to the Malignani Aviation Technical School. Indeed, Catellani bought this aircraft, along with Jet Provost T.3A XM478, to gain the necessary experience for owning and operating a high-performance jet aircraft. XM478, as it happens, became the very first ex-military jet on the Italian civil register! Now retired, the T.3A is on display at the Volandia Aviation Museum.

We will be following this restoration and report regularly about its progress. We wish to thank Renzo Catellani, his team, and the Aeronautica Militare Italiana for sharing these photos with us, and of course for preserving such a beautiful aircraft for the enjoyment of all. 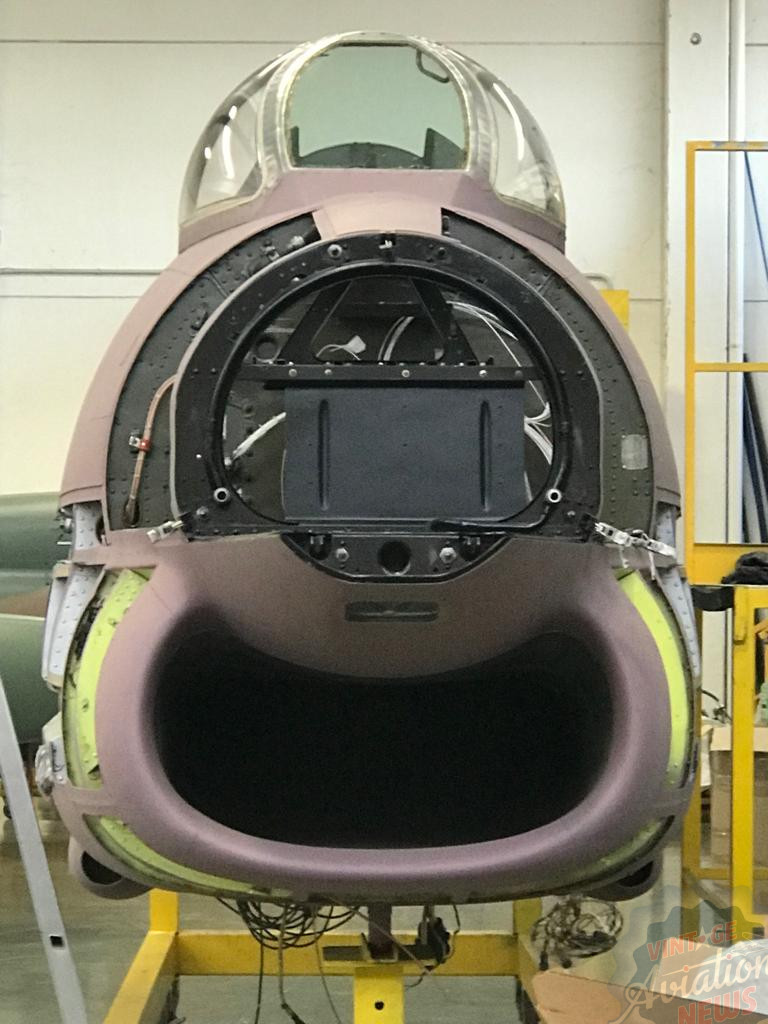