It has been a while since our last report from the Fagen Fighters WWII Museum regarding progress with Curtiss SB2C-5 Helldiver Bu.83393, which their restoration shop has been working on in Granite Falls, Minnesota. This past Friday marked a major milestone for the Helldiver, with the permanent mounting of its Curtiss-Wright R-2600 Twin Cyclone engine!

The aircraft is rapidly approaching completion now, with an anticipated first flight coming this summer, as the museum’s Evan Fagen noted to us in an e-mail yesterday: “We plan on doing all the firewall forward, electrical, oil, fuel & hydraulic systems now and fit the cowlings before final paint. The tentative plan is to do it’s first engine run this spring — this can mean April or early June! …Outer wings are still being worked on at Tri-State Aviation, and in house we’re finishing up the bomb bay doors along with several other components and lot’s of electrical systems & wiring. Still aiming for Oshkosh, but our outer wing completion is the driving factor there.” 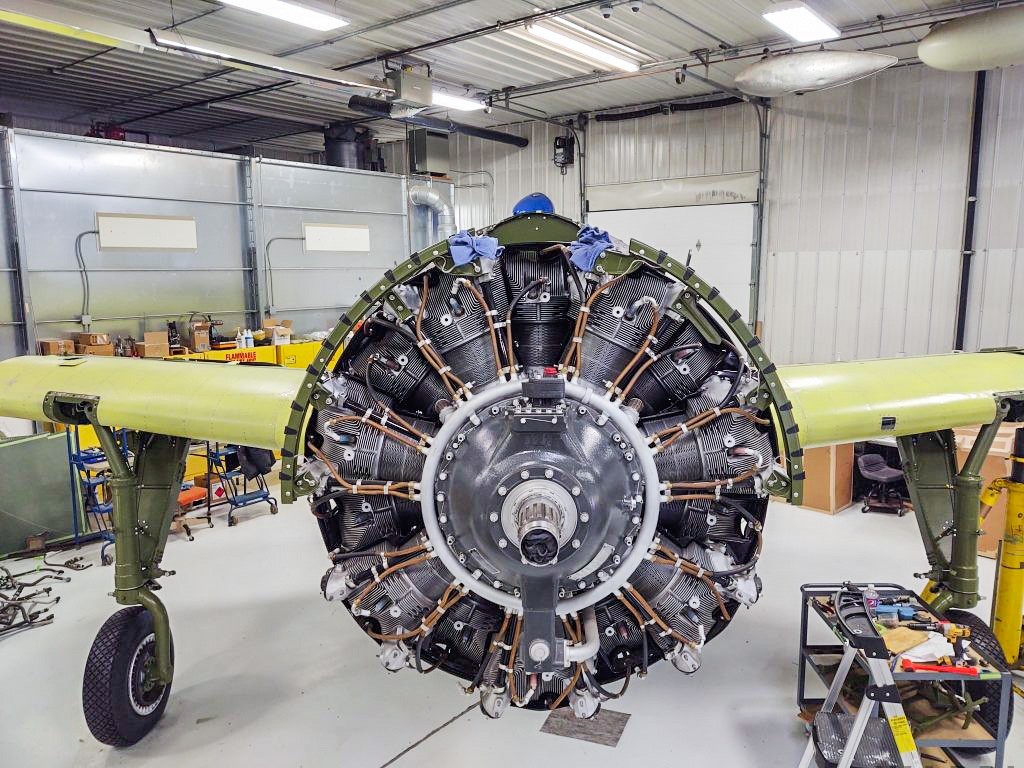 The Helldiver is fast approaching its first flight; it will be magnificent to see in the air again! (image via Evan Fagen)

Many thanks to Evan Fagen for the additional details and photographs regarding progress with the Fagen Fighters WWII Museum’s Curtiss Helldiver project!