Warbird Digest has just received the December, 2019 report from Chuck Cravens concerning the restoration of the Dakota Territory Air Museum’s P-47D Thunderbolt 42-27609 at AirCorps Aviation in Bemidji, Minnesota. We thought our readers would be very interested to see how the project has progressed since our last article on this important project. So without further ado, here it goes!

The wings and landing gear received the most attention this month. Because the wing is a semi elliptical planform, each rib is unique and has to be fitted individually. Rob and Randy have been assembling the wing components as the guys in the fab shop produce the parts. Lance has been working on the various functional mechanisms that cause the landing gear to shorten as they are retracted.

The complex wings of the P-47 require hundreds of parts, and almost every one of these are unique in shape and size. Duplicate parts are only found in a mirrored layout of the opposite wing. The fabrication guys have to work rapidly to keep up with the progress of the wing assembly.

The fixtures hold the wing perfectly aligned as more and more components go into place between the spars. It was fun to watch the progression as the open spaces between the spars were filled in over the course of the month.

In the June/July update we began listing the missions the 5th Air Force flew during 42-27609’s combat career.

The September/October update delineated the missions flown from July 1st through August 15th, 1944.

This month will be the final installment of missions that the Fifth Air Force flew during the period that 42-27609 was available for combat in Papua New Guinea. This final period is from August 16, 1944 to September 18, 1944, the date that 42-27609 was removed from service at Dobodura.

As before, the listed information below is taken directly from a publication of the Center for Air Force History, Kit Carter and Robert Mueller’s Combat Chronology 1941-1945.

Spellings and abbreviations are as used in the original publication. 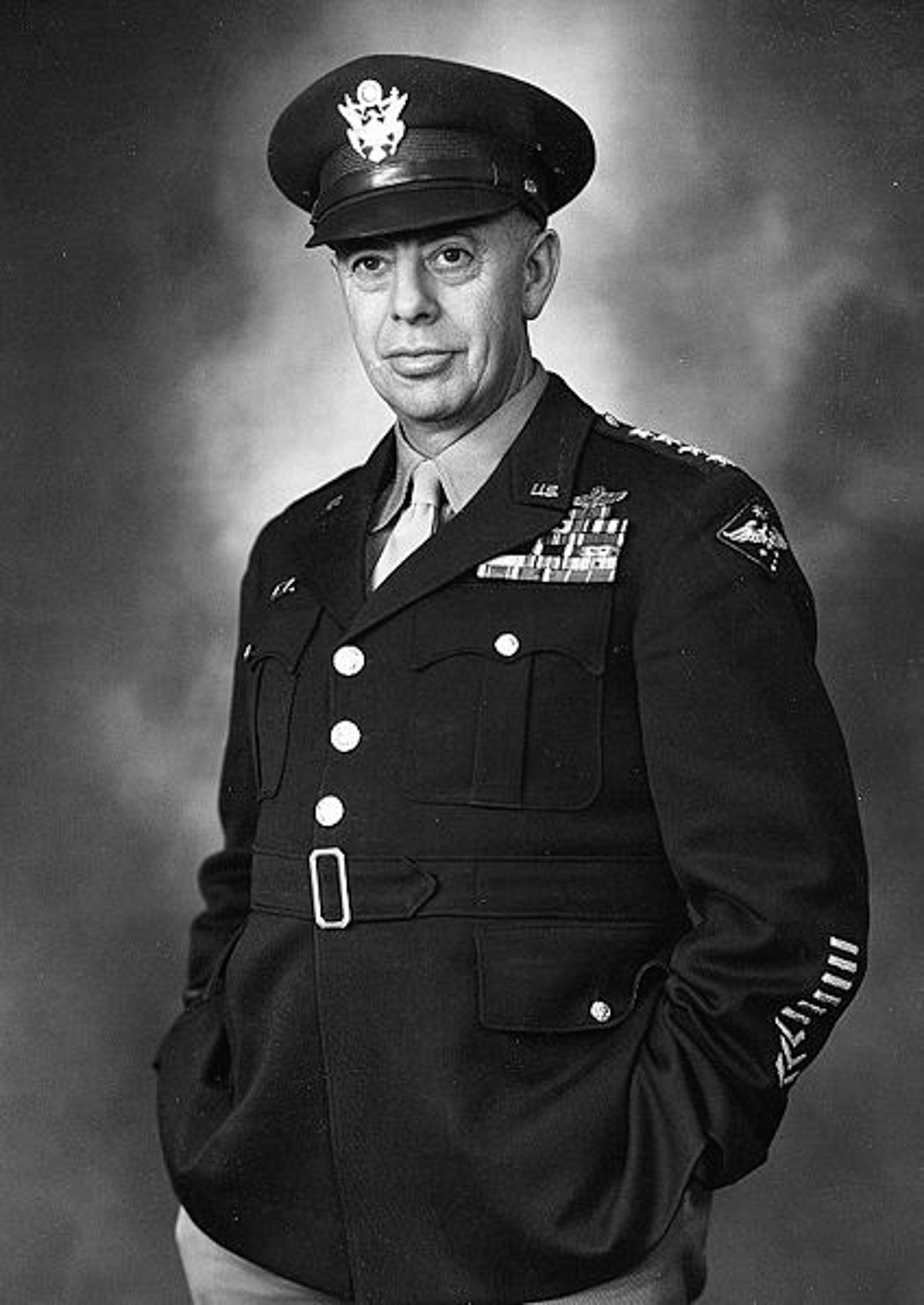 GEORGE KENNEY – photo credit: Wikimedia Commons
(Note that on 15 June, 1944 the 5th Air Force was incorporated into the Far East Air Force (FEAF). FEAF was formed with jurisdiction over the Fifth and Thirteenth AFs with General Kenney in overall command.)8/17/44 FEAF B-24’s pound A/Fs on Amboina, Ceram and Boeroe Is. B-25’s strafe installations at Dili, on Moloe, and in NW Kai Is. MBs sink transport vessel off Halmahera I. A-20’s bomb Klamono oil fields while FBs hit gun positions, storage areas, and other tgts at Ransiki and Manokwari and troop concentrations along N shore of MacCluer Gulf. On Biak P-40’s, supporting ground forces landing at Wardo, pound shore positions and troops inland as enemy remnants on Biak break up into small groups. P-39’s strafe troops from Cape Wom to Dandriwad R and near But, and hit gun positions at Marubian.

8/18/44 FEAF FBs and A-20’s pound troops and storage area at Suain and hit def lines near Sarmi. Armed rcn missions continue over wide stretches of SWPA including Amboina-Ceram, Palau Is, and Halmahera I. Several T/Os are attacked.

8/27/44 FEAF FBs hit Miti and A/Fs at Babo, Ransiki, Sagan, and Manokwari. FBs hit bivouacs near Boram, troops between Abau and Boikin, and a fuel dump and barges at Kairiru I.

9/2/44 FEAF B-24’s operating in strength bomb warehouses at Lasang, shipyards and personnel areas at Bunawan, and A/F at Likanan. B-25’s hit warehouses and shipyards along Lembeh Strait, while other B-26’s hit position near Pitoe A/F on S Morotai I. B-24’s bomb Koror. FBs hit Sorong area and forces at Cape Pus and Boikin. 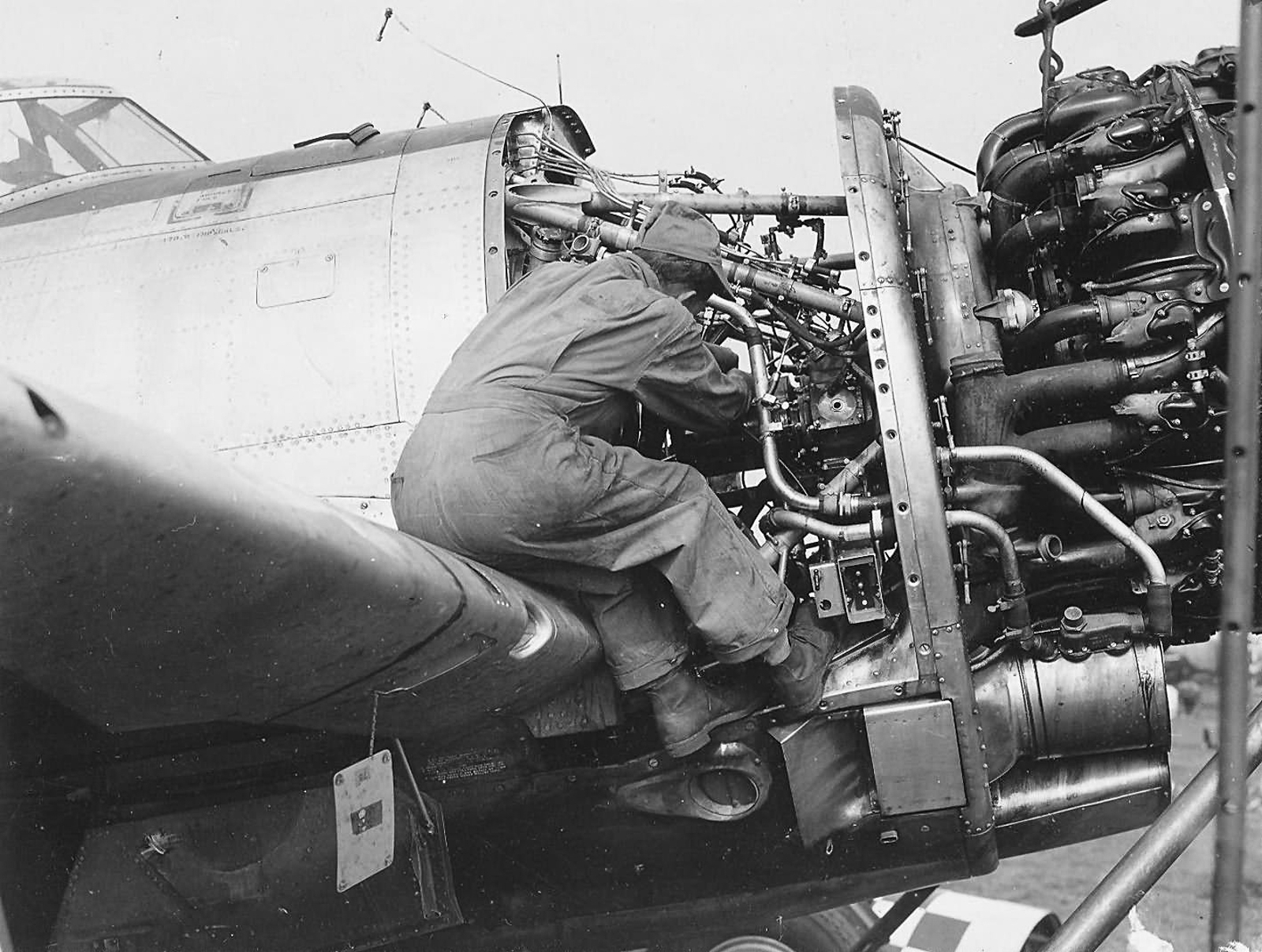 A crewman servicing the accessory section of a P-47. These men, working in the open in tropical conditions are surely among the unsung heroes of the SW Pacific war. Official USAAC photo 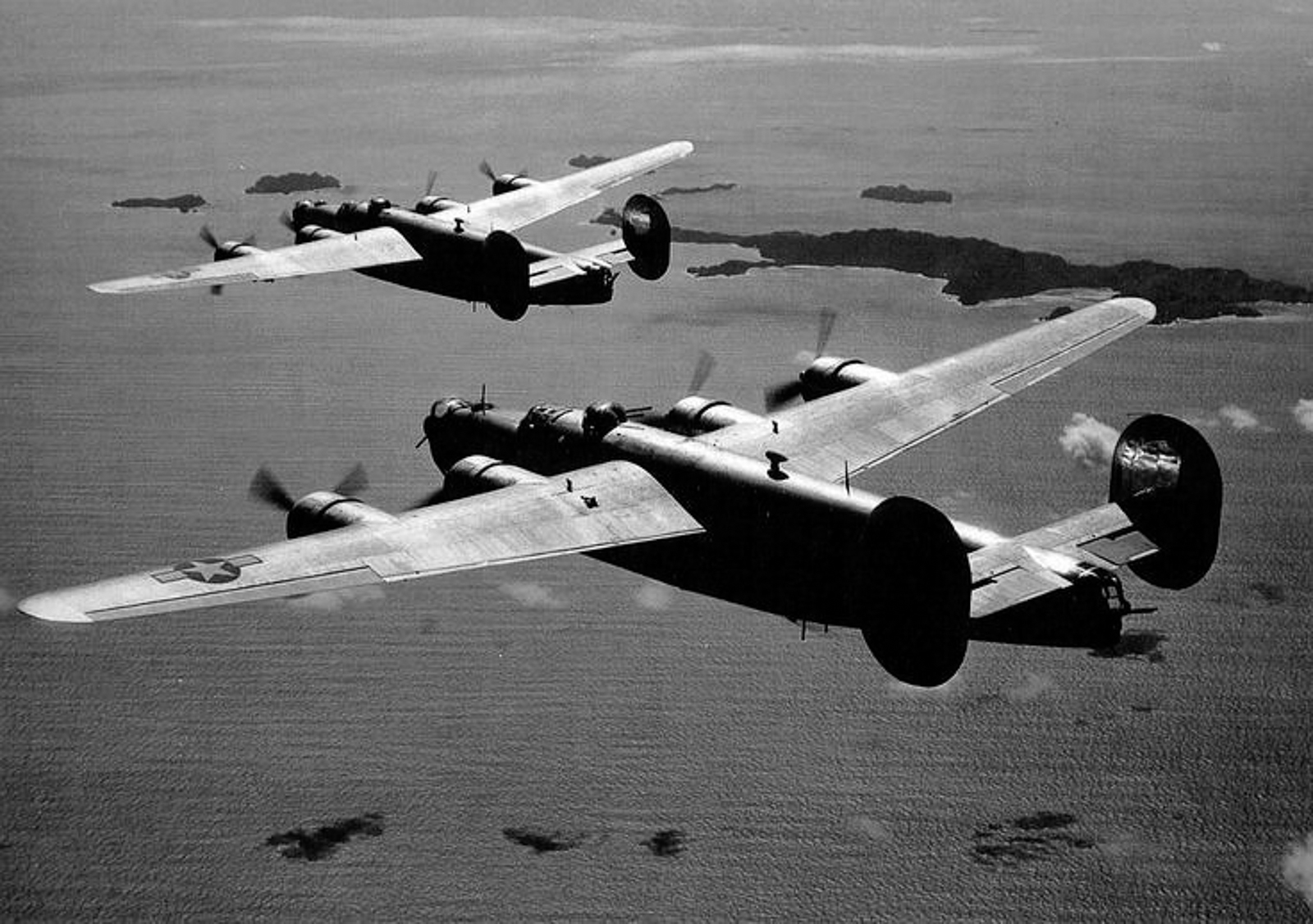