Sunday, September 15, 2019 saw the Connecticut Air and Space Center’s Goodyear FG-1D Corsair displayed outdoors at the museum’s annual “Corsair Car Show” fundraiser in Stratford, Connecticut. Great weather allowed a larger than expected crowd, and the contributions from their attendance will help to continue funding the Corsair’s restoration and other projects at the museum. 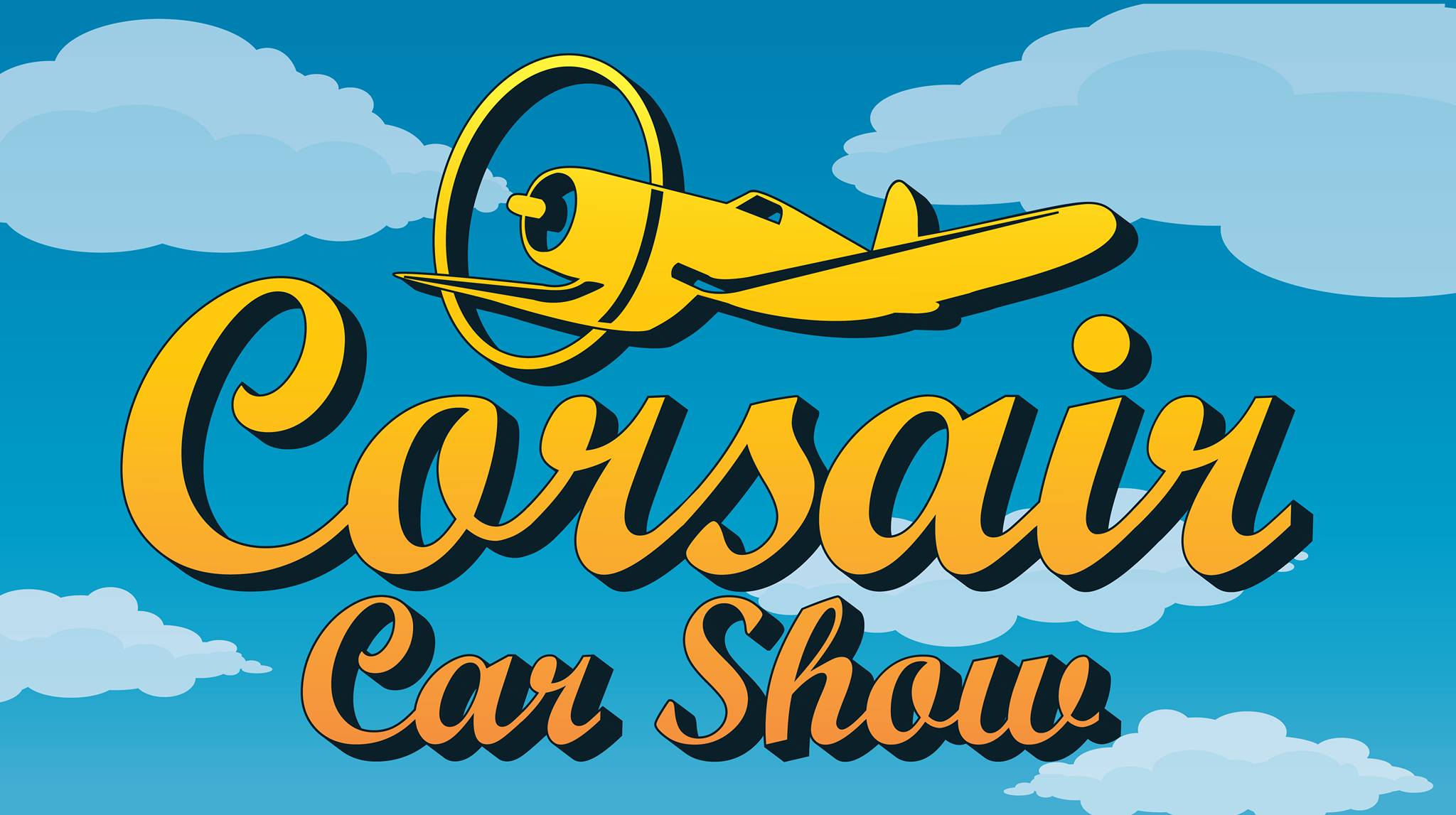 FG-1D Bu.92460 has been undergoing restoration since it came down from its decades-long perch atop a pole outside Sikorsky Memorial Airport back in 2008. “It’s a slow process,” said Mark Corvino, Project Manager for the Corsair. “We’re working on a shoestring budget, but we have managed to constantly see progress.”

Last year saw the completion of the instrument panel. The team also sourced (non-airworthy) Plexiglas for the cockpit sliding canopy section, which they polished and installed. They made some airframe skin repairs, re-installed the exhaust stacks and other  engine details, painted and installed the inboard wing flaps, and added some New Old Stock (NOS) hub caps to the wheel rims. The team also re-fabricated the  Corsair’s outboard wing flaps and pilot’s seat using original examples on loan to CASC from another museum. As a matter of fact, the pilot’s seat was only just installed on Saturday, the day before the car show!

One very noticeable change to the aircraft’s appearance from last year is the fuselage’s unusually dark coloring. After some testing and discussion, the restoration team decided to paint the fuselage with a black primer, on top of the previous zinc oxide yellow-green. This proved necessary as the team had noticed a slight green halo from the lighter-colored primer showing through around some of the rivet heads on components directly painted in the final blue top coat. So, to avoid the potential necessity of a future repaint, it made sense to add a dark primer coat before applying the final paint finish.

In addition to the restoration work, the team has located many new parts for the project, such as the cockpit placards for the righthand pilot’s console, and an 8-Day elapsed time clock. They also obtained a NOS gunsight mount, which they installed, and a NOS Mark VIII gunsight is currently on its way from Belgium.

Due to the unheated hangar in which Bu.92460 currently resides, most of the detail and parts fabrication work heads into the main museum building during the colder months. Many remaining items requiring attention, such as the set of donated ailerons with their associated hardware, will be attacked this winter. They are also in the early stages of fabricating new dive brakes – these panels attach to the undercarriage legs and also serve as gear doors. When the warmer weather returns, these items will be installed on the aircraft.

There are still a few components Bu.92460 needs that museum volunteers have been unable to track down so far. “We’re looking for an elevator horn, outboard wing flap hinges and hardware, the correct carburetor, a tail cone belly panel, the ‘Y’ pipe connection to the intercooler and a three-barrel throat that fits between the carburetor and the belly intake manifold. We find those, and we are golden!” says a smiling Corvino. “Oh yeah,” he chuckles, “and we still need a tailhook!”

Anybody who would like more information about the project or the museum, or whom might be able to assist in the restoration of the FG-1D Corsair, can contact the museum through their website: https://www.ctairandspace.org/  or E-mail Mark Corvino at: mc42953@gmail.com.

CASC is doing incredible work on other projects as well, as can be seen from just a few of their other important restorations which were also on show at the Corsair Car Show!