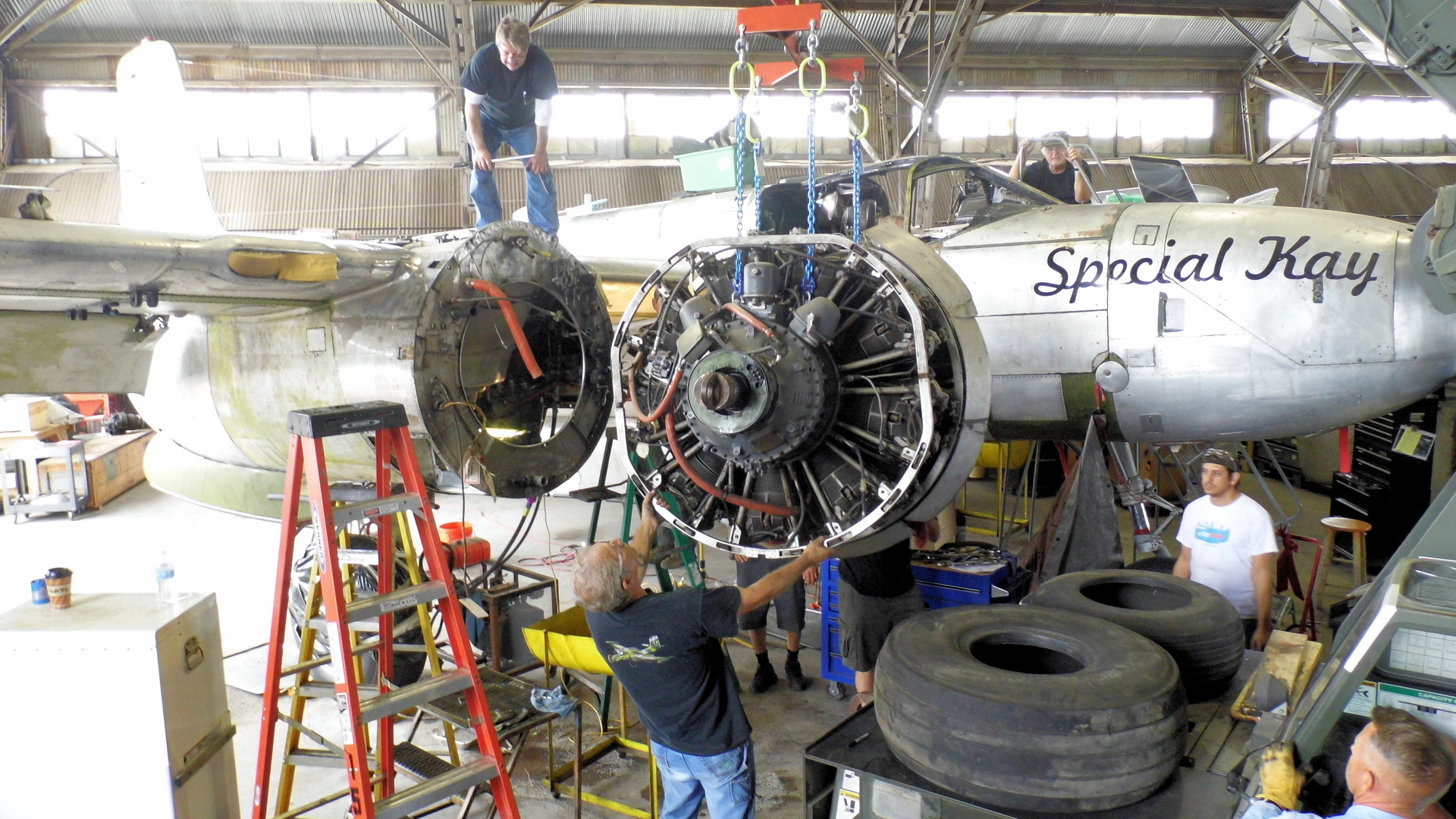 In May 1966, Detachment 1, 603d Air Commando Squadron deployed from England AFB, Louisiana to Nakhon Phanom (NKP) Air Base in Thailand. The detachment comprised eight Douglas B-26K Counter Invader bombers and their crews which were to undergo combat tests in Laos. An early glitch arose prior to their arrival when the Thai government expressed concern over having foreign “bombers” on its soil. But Secretary of the Air Force Harold Brown finessed the problem smoothly by simply reclassifying the Big Eagle B-26Ks as “attack” aircraft with their new designator “A-26A”. These K model -26s were a big improvement over the B models first issued to the Air Commandos in Florida during the early 1960s. At a cost of US$13 Million, the On Mark Engineering Company in Van Nuys, California, converted forty Douglas Invaders to the upgraded K configuration. Rebuilt fuselage and wing components, more powerful engines, wingtip fuel tanks, additional wing pylons to carry more munitions, and improved avionics all combined to produce one of the most deadly fighting machines of the war in Laos.

Their story never featured in the nightly news. The missions they flew were perilous, and accomplished under extraordinary secrecy in what became one of the first, and possibly most public wars of the modern age. Now more than forty years later, their experiences are coming to light and being honored by the people  their efforts sort to protect; their children.

Few people have heard of the 609th Special Operations Squadron, otherwise known as the “Nimrods”, and even fewer have seen their trademark aircraft, the Douglas/On-Mark B-26K Counter Invader, in flight over the United States. The A-26 Legacy Foundation is currently working on bringing the last civilian-owned B-26K back to American skies, flying in honor of the “Nimrods” and allowing the public to learn more about the seldom-mentioned, but heroic missions of the 609th.

The Nimrods flew covert, nighttime interdiction missions against enemy troops and truck convoys transporting supplies down the Ho Chi Minh Trail to the communist forces in South Vietnam. Their A-26s proved to be a deadly truck-killing aircraft. These aircrews and their redesigned WWII propeller-driven aircraft had a destructive effect far out of proportion to their numbers. Awarded the Presidential Unit Citation for “extraordinary gallantry in connection with military operations in Southeast Asia,” the Nimrods received recognition as the best truck killers of the War!

Only six of the original forty Douglas A-26s which On Mark rebuilt for service over Southeast as B-26Ks survive presently. Bearing USAF serial 64-17679, the Greatest Generation Aircraft Museum’s B-26K was the last Counter Invader to come off of the On Mark production line in 1965. She is also the last Counter Invader which one day may fly again! The other five are entombed in government-owned, static museum displays.

Affectionately named “Special Kay”, 64-17679 is truly a special plane with a very special mission in its future! “Operation Final Flight” is the museum’s mission to restore and operate the world’s only Douglas A-26A/B-26K Counter Invader as a flying memorial to the valiant aircrews who worked in the secretive service of the United States Air Force during the Viet Nam War. Their famous aircraft will perform for air show audiences nationwide in a tailored aerial display designed to captivate public interest, and especially to raise younger Americans’ awareness of the now “declassified” military service provided by these heroic Air Commandos in Southeast Asia.

WarbirdsNews had the opportunity to catch up with Jim Reynolds, Special Kay’s restoration project manager to discuss the aircraft’s current status.

“Restoring a 70 year old airplane is a lot like having a baby. Everything starts off with a bang, and then there is the long pause where things seem to go very slowly. Finally there is a little light at the end of the tunnel and the baby starts kicking. Our little gal is close to reaching the kicking stage now. The fuselage is all but completed. All of the landing gear has been overhauled including the wheels and brakes. The flight controls are all hung and awaiting rigging. The instrument panel is back in place with most of the avionics now working. One engine is back on after the nacelle repair was completed. We are pulling the right engine as we speak to send off to Idaho for overhaul. The props, oil coolers, carburetors and most of the engine driven accessories have all been overhauled.  It seems strange that we can sum up all of this work in one paragraph, yet it took nearly four years to reach this stage.” 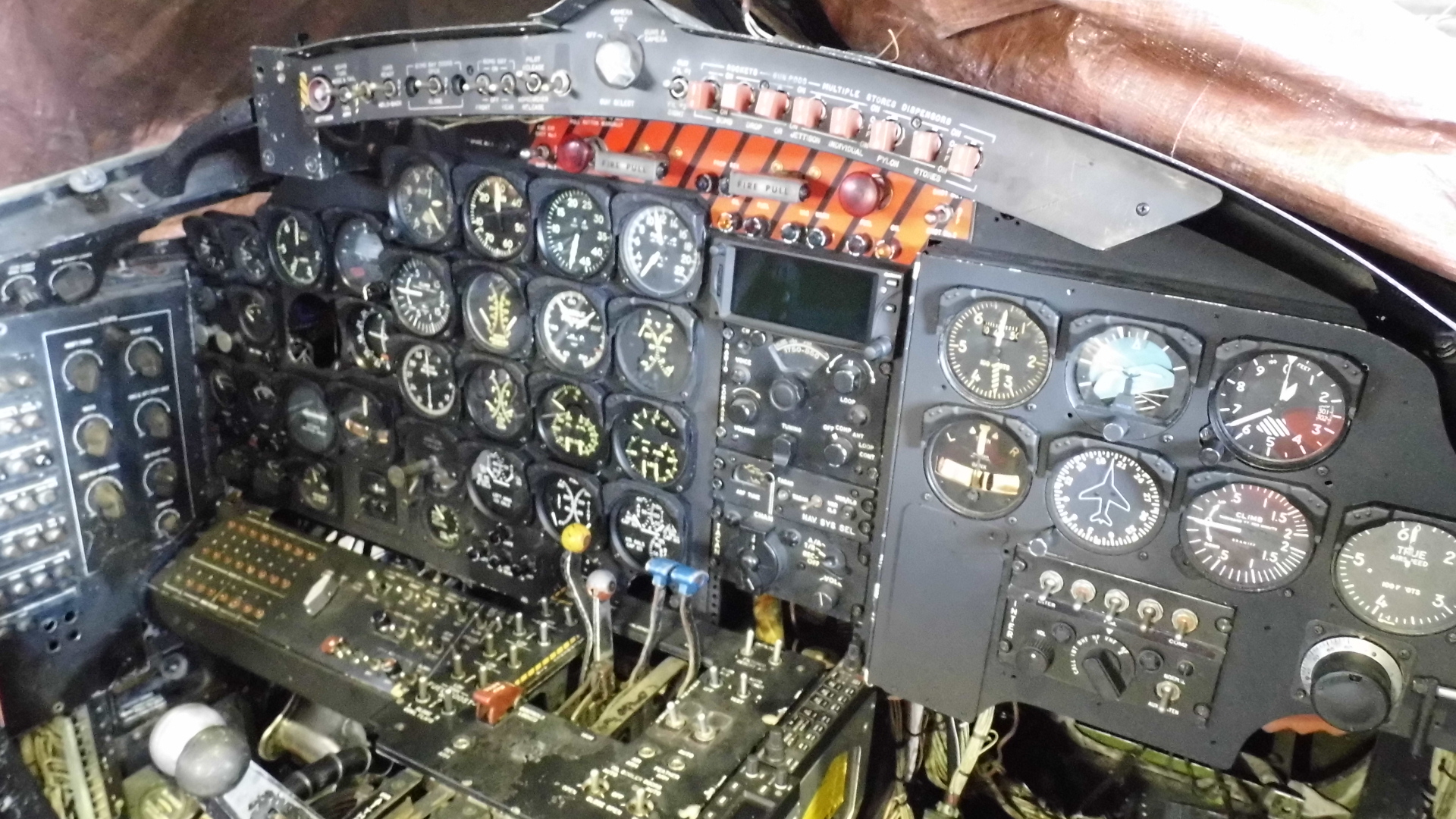 “Through the dedicated efforts of many volunteers, this last of the flying K model B-26’s … is getting ever closer to flight. The A-26 is a three war veteran platform, and indeed “Kay” got her start in WWII in England. She served as a trainer during the Korean and Vietnam conflicts which is probably why she survived.

In the mid 1960’s as the Vietnam war was heating up, the USAF saw a need for an aircraft with the A-26’s ability to carry a big ordnance load and yet loiter over the Ho Chi Minh Trail in Laos to interdict the truck traffic headed south. Thus the Special Ops squadrons such as the 603rd and 609th SOS started “Top Secret” operations from NKP, Thailand in the mid 60’s and continued until 1970. The Air Force contracted with the OnMark Engineering Company in Van Nuys, CA to modify forty of the existing airframes to K standards in 1964. Only six of these airplanes still exist. One is in a museum in South Korea and four are in stateside museums. Special Kay was the last off the production line and is the last to remain airworthy.

We were able to install the prop on the newly hung left engine and remove the right engine from the wing this past weekend. It will be sent to Anderson’s in Idaho for overhaul. These are important milestones on our return to flight of the last airworthy Counter Invader.” 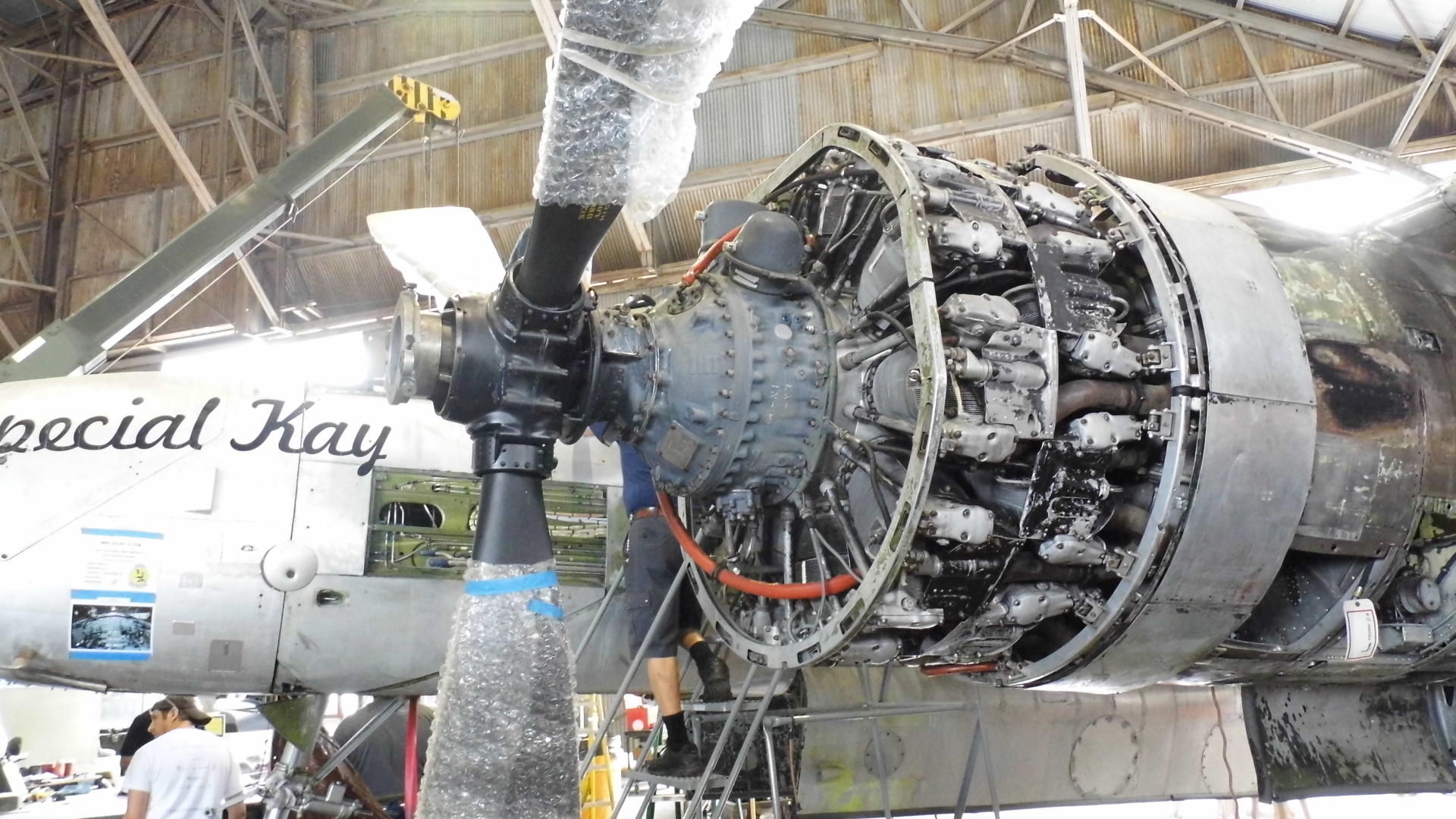 “We anticipate that she will be flying by next summer if all goes as planned. Our objective will be to tell the story of the A-26 vets and show their contributions to our nation. We hope to make as many airshows and city tour stops during the first year of operation as we can. Special Kay is a part of the Greatest Generation Aircraft, a Non Profit 501c3 Foundation, Located at Meacham Field, Fort Worth, TX. Please visit us on our website: www.thormeyer.net or on www.facebook.com/a26specialkay.  Along with the A-26 Legacy Foundation, which was started by the sons and daughters of the 609th SOS “Nimrods”, Special Kay will help us keep history alive.”