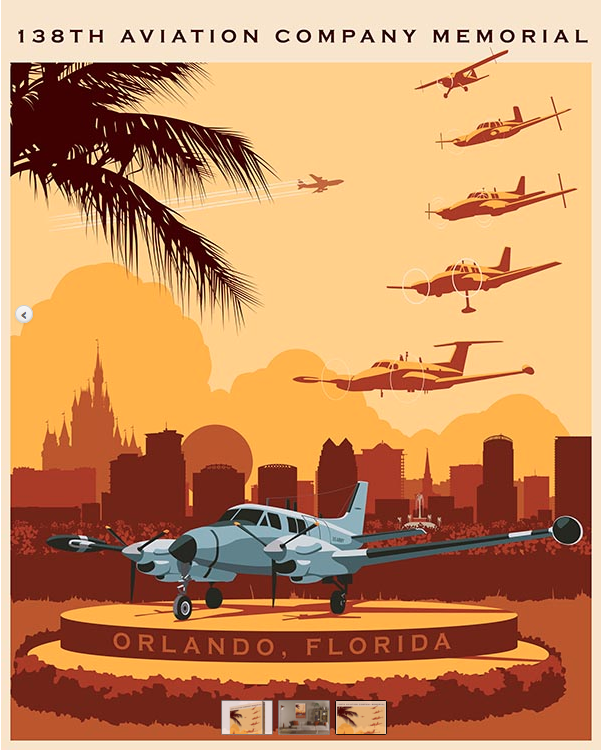 Over the past year, WarbirdsNews has been following and posting updates on the efforts being made by the 138th Aviation Company Memorial in Orlando, Florida. The small organization is trying to put together a fitting tribute to the valiant, and often unheralded work done by the US Army soldiers who flew and maintained the Beech RU-21 Ute. The Ute, based upon a Beech King Air, flew clandestine electronic eavesdropping missions over enemy territory during the Viet Nam war, and later conflicts. Though not glamorous, it was dangerous and important work, and it’s fitting that those associated with this hard working aeroplane should be commemorated with a proper memorial. The memorial has acquired a suitable airframe from Dynamic Aviation of Bridgewater, Virginia. Dynamic Aviation bought up the remaining stocks of RU-21’s to provide spares for their fleet of Beech Kingairs, but the company was sympathetic to the Memorial’s aims, providing them with non-airworthy material to build up a display airframe.

Currently volunteers for the Memorial are pulling all the pieces together to complete the aircraft from various warehouses owned by Dynamic Aviation. The team also had to make a few runs back to ACME Aircraft Sales and Salvage in Denver, Colorado to pick up the original engine cowlings which didn’t make it to Bridgewater when the Dynamic Aviation acquired the stock of RU-21s.

The biggest news since the recovery of the aircraft to Orlando is that the Memorial has received official 501c3 status from the IRS in October. Squadron Posters has created a fabulous fundraising poster for the 138th Aviation Company Memorial. It features every type of aircraft the unit has flown, including the modern day 138th Military Intelligence Company, which provides personnel for JSTARS operations (Click HERE to purchase the poster).

A lawyer has generously donated his time to draft paperwork for the formal handover for ownership of the aircraft to the Memorial, as well as an agreement with the City of Orlando and the Greater Orlando Aviation Authority for final location of the memorial. They will be using as their framework, the legal document used to erect the F-4 Phantom II tribute to Joe Kittinger at the same park beside Orlando Executive Airport. The major difference of course is the that USAF still owns the F-4, whereas the 138th Aviation Company Memorial will be the owners of the RU-21A.

For those interested in contributing to this worthy project, please visit the 138th Aviation Company Memorial’s official website HERE to see how you can help. Those on Facebook can visit the organization HERE.