I think most of us have the life goal of knowing our actions have made a positive difference to someone somewhere. Whether it be as simple as giving them a special day out, or lending a helping hand when they needed it most, it is important to contribute where you can, when you can. When you become involved in the world of vintage military aircraft and historic aviation, it isn’t long before that opportunity presents itself.

I have had the pleasure of working for the Experimental Aircraft Association in Oshkosh, Wisconsin for the last seven years, and it has been my distinct honor to spend some of that time with the air tours department in a few different areas. This would include our 1929 Ford Tri Motor, as well as our WWII-era B-17G Flying Fortress Aluminum Overcast, and most recently our North American B-25 Mitchell Berlin Express. Anyone who knows me knows that I have a special place in my heart for the B-17.

From the start of my time here, I have been amazed by how many lives this aircraft still touches. Sadly we are now at a point where members of the Greatest Generation are a rare breed indeed. Indeed, with the youngest of them being in their mid-90s, there are very few WWII veterans who are still able to come out and fly with us. However, the number of families who had a loved one fly and fight aboard the Fort’ are stepping up to help keep their memories alive. Some want to experience what it was like to sit where their grandfather once rode, while others simply want a way to be closer to them now that they’re gone. It’s inspiring to see that an aircraft once built exclusively for combat now has this healing quality today. What follows here is indeed one of those stories.

In October 2015, our B-17 tour had taken us to Oklahoma, not far from the town of Fletcher. I received a call from a woman named Fern enquiring about coming to see Aluminum Overcast. She spoke with a gentle southern accent and was delightful to talk with. I asked about her interest in the B-17 and she said proudly, “My husband Allen was a crew member on one in Europe.” When I receive comments like this, I always want to hear more. Fern continued, “He was shot down and, to this day, is still listed as Missing In Action,” and then noted that she just wanted to come out and see the B-17 station where her late husband would have served.

Fern’s husband, Allen Chandler, came from Fletcher, Oklahoma. Allen and Feen married in 1942 and had a son named Wiley. When Allen was called to war, he was only in his early twenties. Fern said, “As we walked to the bus station, he seemed to really be concerned that he wasn’t going to make it home. He didn’t want me to see him away at the station. So we walked to the library and parted there.”

Allen would join the United States Army Air Corps. After training as a radio operator, he found himself assigned to the 322nd Bombardment Squadron in the 8th Air Force’s 91st Bomb Group. Flying bomber missions over Europe in 1944 was no piece of cake. A B-17 veteran once told me, “Being assigned to bombers in the 8th was a death sentence, and you knew it. But you went anyway. If you didn’t someone else would have to take your place. That’s not a good feeling to have for the rest of your life.” On November 2nd, 1944, the 322nd BG was scheduled as part of a large force hitting Mersberg, Germany. Allen was in the radio room of a B-17 named Bomber Dear, with John Liekhus as her pilot.

On their way to the target, Bomber Dear came under fighter attack and caught fire. The stricken bomber was last seen spiraling down out of formation. Five of those aboard her died that day.

“It was just devastating to get the news which came in a telegram,” Fern recalled. “His parents took it very hard as well. He was such a good man,” she recalled. I just sat there kind of numb. I had never heard the war told from this point of view. After talking to our Aircraft Manager, Kristy Busse, we agreed that Fern needed to fly with us, so we surprised her. She thought she was coming out to see the radio room. Instead we had a seat in that station reserved for her. She sat at the radio table where we had a photo of Allen’s plane. For the next 30 minutes we let the memories flood in that room. The day after, I received an  amazing phone call from Fern telling me all about her flight. She was so excited!

We had taken a photo of her in the B-17’s radio compartment and posted it on our Facebook page. A few weeks later, the 91st Bomb Group Association contacted me, and later the The Defense POW/MIA Accounting Agency. They thought that they had found Allen’s aircraft! Through contact with Fern and her family, they were able to confirm that the crash site they were investigating did indeed belong to Bomber Dear. The crew was no longer MIA. They were brought home and buried together in May of 2018 at Arlington National Cemetery. 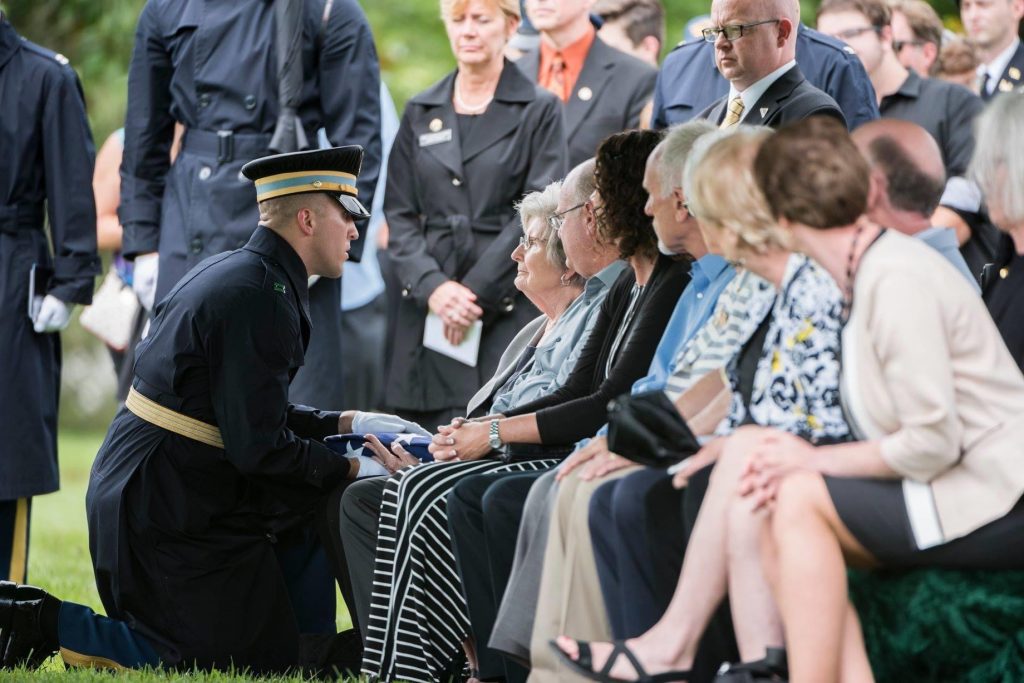 Getting to know Fern and getting to be a small part of her story was a true honor. In my opinion these missions are the most important ones that those of us associated with these machines can undertake. It’s the real reason why it is so important to keep these planes flying, and to keep the restorations going.

Fern’s story is one of many that have happened around our B-17. We recently put a book together of some of these stories. You can find it at our site by clicking HERE. 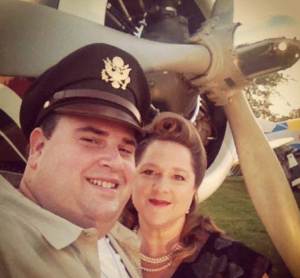 Chris Henry is on staff at the Experimental Aircraft Association in Oshkosh, WI. He is the Museum Programs Coordinator. There he works to help create special moments in the museum and with the EAA’s aircraft. The EAA Aviation Museum, formerly the EAA AirVenture Museum, is a museum dedicated to the preservation and display of historic and experimental aircraft as well as antiques, classics, and warbirds. For more information visit the website, clcik HERE.

Would you like a free digital issue of Warbird Digest magazine? Would you like to see your warbird-related story enjoyed by our readers? Given that the global pandemic has temporarily shuttered almost every aviation museum and warbird collection around the globe, we have been looking for ways to supplement WarbirdsNews.com content with reader’s personal stories to share with our significant worldwide audience – a collaboration, if you will – to help inform and entertain us all during these difficult times.

Do you have an interesting warbird-related story to tell, or a similar experience about active-duty military aircraft from back in the day? If so, we’d love to have an email from you (click HERE). All we need is a written story (max 1,000 words) and publishable photos (i.e. one’s which you have explicit permission to use) to go with it. For each story you send us, we will compensate you with a free digital copy of a Warbird Digest magazine issue of your choice!