PRESS RELEASE – On Friday October 16, 2015, five veterans of the World War II-era United States Army Air Forces gathered with their families at the Commemorative Air Force (CAF) National Airbase at Dallas Executive Airport to tour Diamond Lil, a Consolidated B-24 Liberator bomber similar to the aircraft they flew as young men on deadly missions over the Pacific Ocean.  The company, members of the 380th Bomb Group Association, were hosted by volunteers from the CAF B-29/B-24 Squadron in a program that provided a deeply personal glimpse into a pivotal, but fading period in world history.“World War II history buffs are familiar with the B-24 Liberator” said Toni Rabroker, CAF B-29/B-24 Squadron member who worked with the reunion organizers, “but what most people don’t know is the Liberator was the most produced American aircraft of the Second World War and was flown worldwide by men from throughout the United States and the British Commonwealth.”
Liberators were utilized by the United States Army Air Forces, Navy, and Marines, as well as the Royal Air Force, Royal Canadian Air Force and Royal Australian Air Force.  The aircraft was instrumental in defeating the Nazi U-boat and conducted high and low altitude bombing missions against the Axis powers around the globe.  A conservative estimate is over 250,000 men flew Liberators in combat operations during World War II. 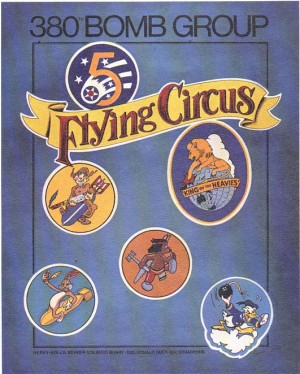