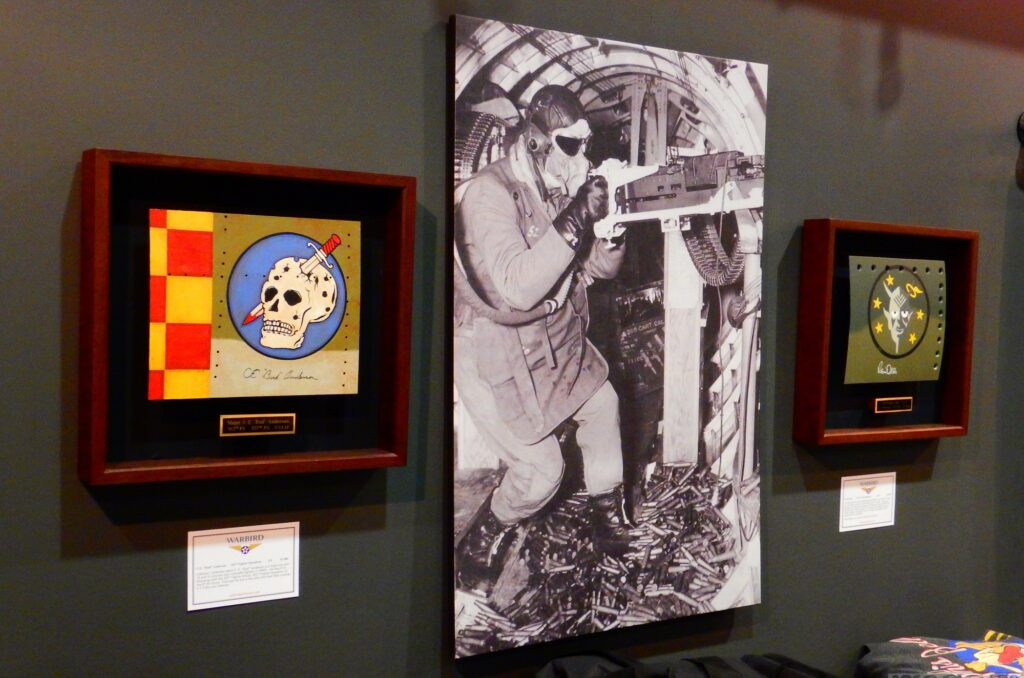 “We are a lifestyle brand with a broad and growing customer base,” said Moore, emphasizing his respect for the military organizations represented in Bunker 27 stores. “Our merchandise commemorates and preserves American military aviation heritage but also fulfills our mission to honor the men and women who keep us free. The Warbird Aviation Art brand dovetails perfectly with that mission and our unique store experience. We look forward to offering more of it in all our locations in the coming months.” 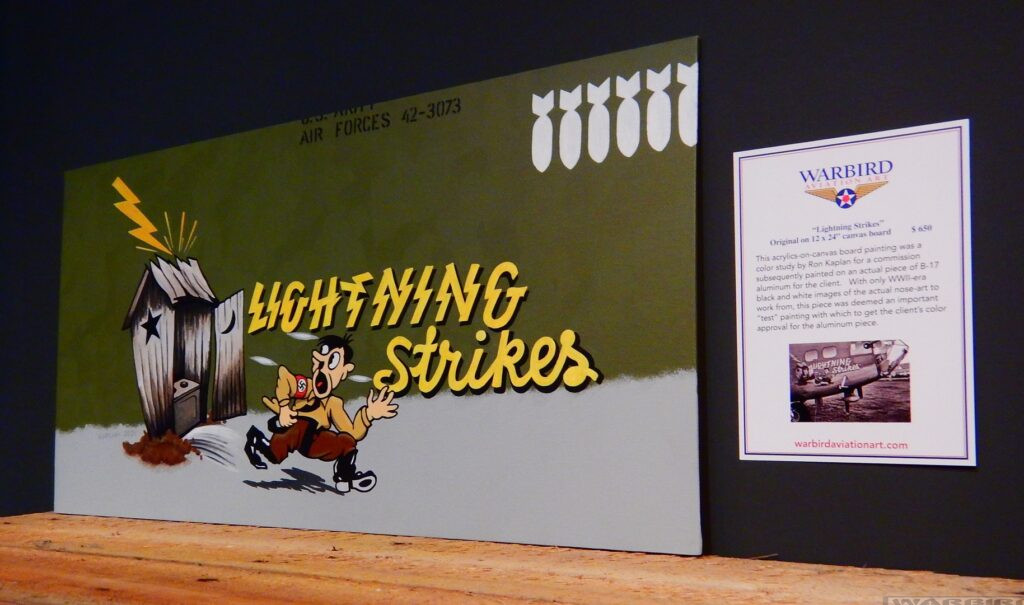 Among the first limited edition pieces on aluminum offered are those signed by the likes of legendary U.S. fighter aces Robin Olds and Bud Anderson, Medal of Honor recipient and B-17 pilot, William Lawley, and top Israeli jet ace, Giora Even. A rare one-of-a-kind piece currently available at the Beavercreek store is an actual Boeing B-29 Superfortress engine cowl flap that was signed by Women Airforce Service Pilot legend, Dora Dougherty Strother, above which Kaplan has painted the WASP’s iconic “Fifinella” emblem. Kaplan provides photos taken at the signing sessions as proof of authenticity for the autographed pieces. Bunker 27 also offers Warbird Aviation Art stoneware coasters, one set of four featuring “Famous B-17 Squadrons of the 8 th Air Force” and the other set four “Famous USMC Corsair Squadrons of WWII.”

“Bunker 27’s themed setting is ideal, and the early response has been outstanding,” Kaplan said of the mall location at Beavercreek. “With the over one hundred signed editions we can offer on aircraft skin, our ever- expanding line of coaster sets and ancillary products, and the ability to fulfill custom commission requests, our agreement with Bunker 27 is an exciting opportunity to reach a much broader audience.” Kaplan shared that Bunker 27 stores are in development for bases and mall sites in Arkansas, Missouri, Colorado and Florida. 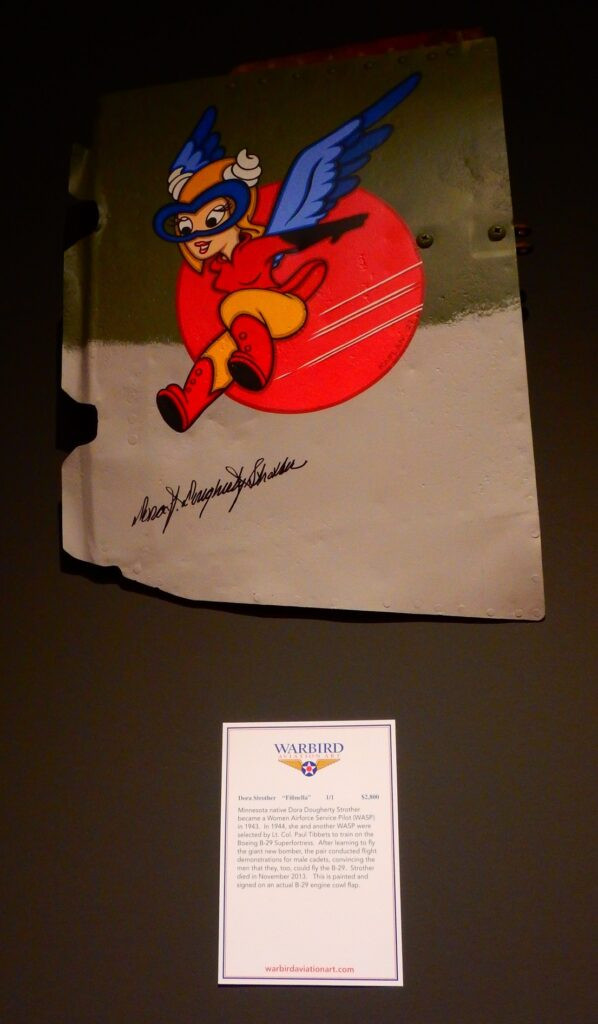 In addition to selling its own branded merchandise and those of Warbird Aviation Art, Bunker 27 has license agreements with the likes of Lockheed Martin, the USAF, and US Navy, and is also an authorized dealer for Black Rifle Coffee, Garmont North America footwear, and other veteran-operated businesses. “Warbird Aviation Art is delighted to be among the brands helping Bunker 27 succeed through highlighting our military heritage,” said Kaplan, “especially as we share with our customers a deep appreciation for our nation’s veterans, past and present.” 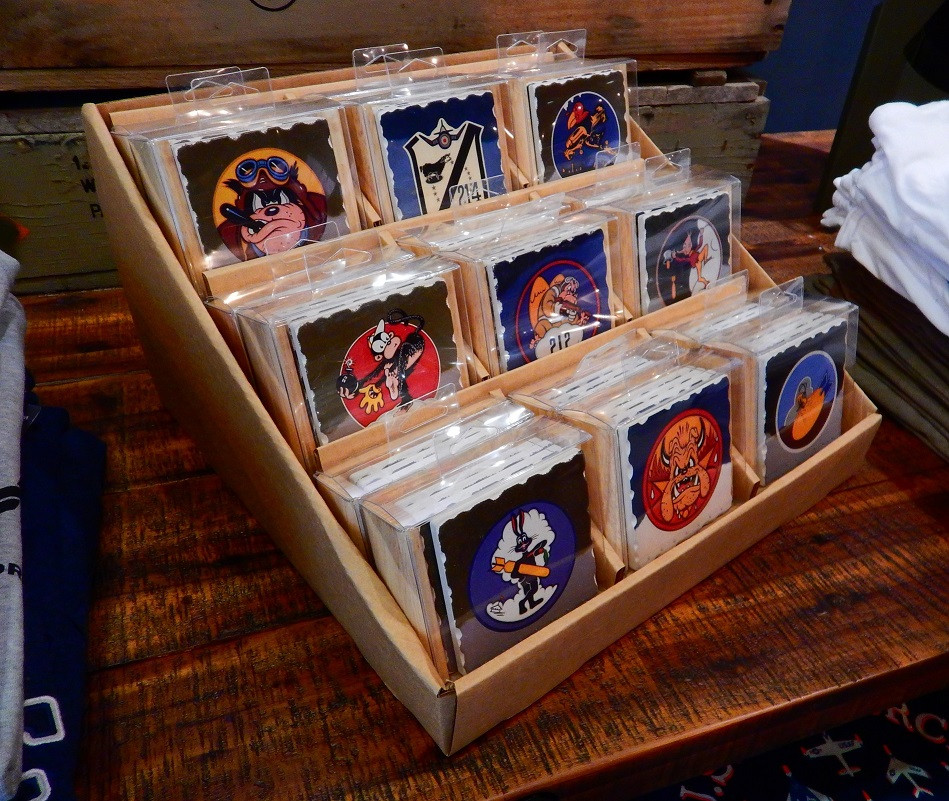