From an original paper by the Virginia Department of Aviation.

Tired of a traditional savings account or the stock market as a way to make money? Aviation enthusiasts have long known that classic, museum-worthy aircraft are a solid investment capable of doubling in value every 10 years.

“There is a multitude of reasons why collectors hone in on particular aircraft, which include that their grandfather or father flew one when serving in the military, or as a child, they were overcome by the sight and sound of a specific aircraft that just left them in awe,” said Jeremy Cox, an industry expert with more than 25 years experience appraising planes. “If they have the money and flying skills, their field of choice is actually growing.”

As an example, Cox cites the Spitfire, a British single-seat fighter aircraft most commonly associated with World War II. He estimates that there are approximately 130 Spitfires worldwide that are either airworthy or soon will be. These Spitfires are selling for between $2 million and $5.7 million.

Dick Knapinski, director of communications of the Oshkosh-based Experimental Aircraft Association (EAA), said, “Warbirds consistently seem to be the most popular collectible aircraft, especially from the World War II era…well-restored examples of P-51 Mustangs and other fighters can fetch seven-figure prices.”

Cox said “While the P-51 Mustang is a highly desirable warbird, they are relatively common today. However, most surviving examples have no little military history to them, having survived precisely because they hadn’t been worn out through the rigors of combat. However, P-51D-20-NA Mustang 44-72364 (N723FH) is a combat veteran which served with the 8th Air Force’s 353rd Fighter Group. It was assigned to Captain Harrison “Bud” Tordoff, who is credited with shooting down a German Me 262 jet fighter. The late Paul Allen’s Flying Heritage & Combat Armor Museum acquired this aircraft in 1998 and had it restored with a level of authenticity matching it almost exactly to the way it was back in 1945. Bought by the late Paul Allen in 2004 for US$9Million (500 to 600% above FMV).”

The two largest firms in the business are Platinum Fighter Sales and Courtesy Aircraft Sales, both specializing in the sale of historic, vintage, and warbird aircraft for both pilots and collectors. Platinum Fighter Sales’ Co-owners Simon Brown and John Rayner have brokered more than $300 million in classic aircraft and warbirds over the last 30 years. Their sales include the only surviving prototype Spitfire; a combat veteran Spitfire V; an Oshkosh Grand Champion FG-1D Corsair; and perhaps the most famous flying warbird in existence: the Oshkosh Grand Champion P-38F “Glacier Girl.”

Brown says sales climbed 250 percent between April 2020 and December 2020, and another 300 percent between January 2021 and March 2021, and it keeps growing into 2022. Brown said, “We are seeing world-record prices on almost all transactions. We cannot keep up with this pace. It’s literally a feeding frenzy.” While noting how some of his existing clients have been adding to their collections, Brown has seen an uptick in new customers. “Many of these first-time buyers are not pilots nor have they ever owned a plane,” Brown says. “We recently sold a P-51 to a gentleman who said as a little boy he had seen them flying at the local Air Force base. He just wanted to go for a ride in a P-51 and admire it as a piece of art.”

The P-51 Mustang is one example of an in-demand plane with limited supply as there are only about 250 left of the 15,000 produced. It’s virtually impossible to purchase one for less than $2 million. “All of our high-net-worth individuals are saying the same thing: Collector planes are undervalued as compared to the vintage car market—which they are,”  Brown said. “We have seen several sales of more than $10 million happen within the last year.”

“Planes that are restored to the best of the best are selling for premium prices,” said Brown, who notes that American fighter planes and bombers, such as the P-38 Lightning ($10 million-plus); P-47 Thunderbolt ($3 million-$6 million, depending on the version); B-17 Flying Fortress ($10 million-plus); and F6F Hellcat (likely more than $5 million if one became available), are most in demand.

According to Mark Clark, owner of Courtesy Aircraft Sales, while the company continues to deal in civilian aircraft, “…everything from J-3s to Citations.”, the bread and butter of the business is warbirds. “In a typical year, Courtesy will conduct 40-60 transactions, but over the years they’ve sold over 3,000 aircraft, including 80+ Mustangs, some of them several times over.”  Their current inventory (as of this writing), includes a PT-17, PT-22, P-40, F-86, B-25, A-26, four T-6/SNJ/Harvards, and two rare Harriers, among others.

“Iconic aircraft like the North American P-51 series and the Supermarine Spitfire series are virtually recession- and pandemic-proof,” said Cox. Or as Bloomberg simply puts it… Owning a vintage bird could be more profitable than owning stock. Plus, it’s a plane. 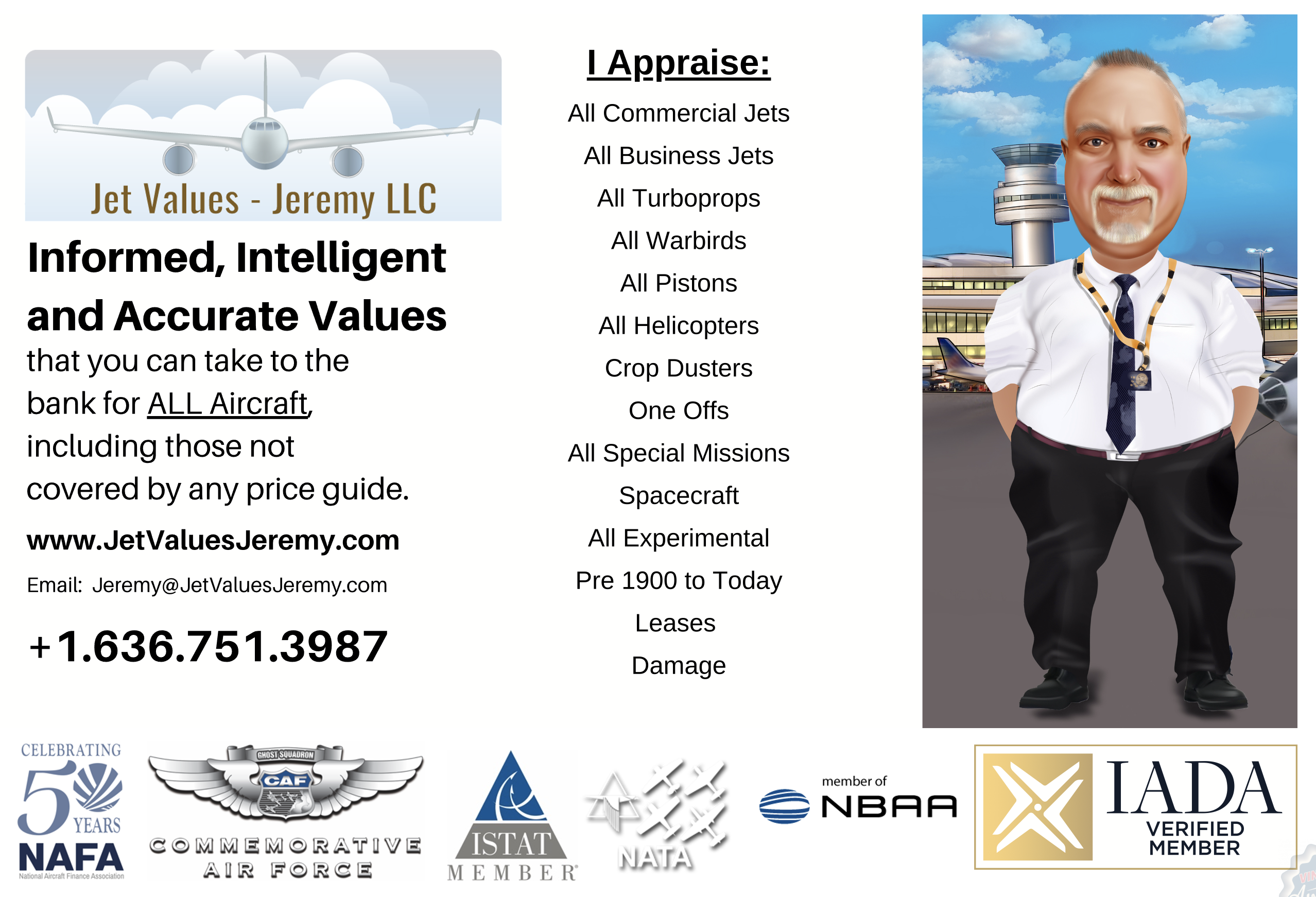