On  June 25, 1972, the back then CAF Tora! Tora! Tora! demo team debuted for the first time at the Galveston Texas airshow at Scholes Field (KGLS).

Sunday, December 7th, 1941 – the sky was clear, the temperature mild, and a light sea breeze was blowing. Breakfast was on the tables in many homes, while activity was slowly commencing at military scattered around the islands. Suddenly, a formation of inbound aircraft arrived from the North and broke the quiet of that peaceful Hawaiian morning. Aboard one of these naval aircraft bearing the symbols of the Empire of Japan, Commander Fuchida Mitsuo transmitted the famous war cry “Tora, Tora, Tora,” to his leader back in the Imperial Japanese Fleet, Vice Admiral Chuiki Nagumo. Meaning “Tiger, Tiger, Tiger” in Japanese, the phrase indicated that Mitsuo’s airborne force had achieved a successful surprise attack. Those words would become the symbol for the outbreak of WWII in the Pacific.

Even today, these three simple words remain associated with those tragic moments and are recalled and re-lived during the most important air displays held throughout America thanks to the participation of the “TORA! TORA! TORA!” display team. This is a group of civilian pilots who, with aircraft modified to resemble the Zeros, Vals, and Kates of the Japanese attacking force, participate each year in more than fifteen air displays across the USA. They attempt to reproduce an eighteen-minute spell of the Japanese attack on Pearl Harbor and its surroundings. 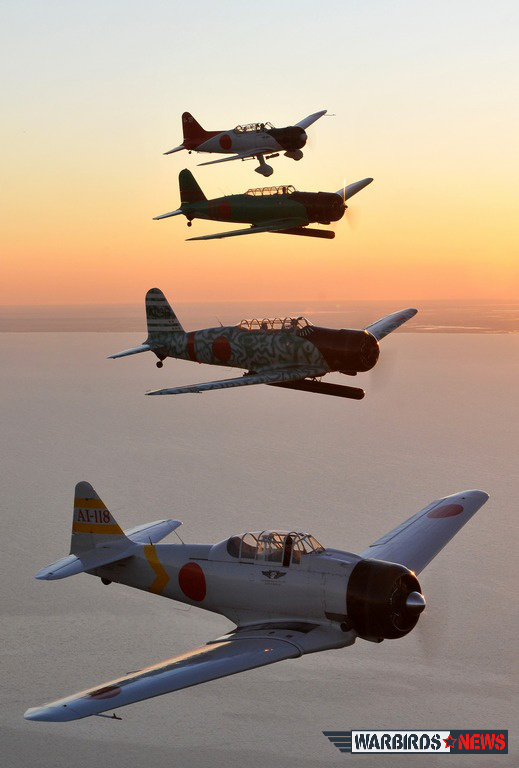 The “Tora! Tora! Tora!” air show originally began in 1972 following the release of the movie by the same name. The CAF has worked with U.S. and Japanese veterans to ensure an accurate and realistic portrayal of the events at Pearl Harbor. It is not intended to glorify war, but rather to help those born after World War II better understand that war does not discriminate in the pain it inflicts on people on both sides. The show has been continually improved over the past four decades and received some of the most prestigious awards bestowed on-air show performers, including the Art Scholl Award for Showmanship from the International Council of Air Shows.

At a distance of nearly forty years from their first air display, TORA! TORA! TORA! is today a real event, the pride of every airshow which presents it, thanks to both its popularity and the successes achieved through professionalism, safety, and spectacle. For more information, visit www.toratoratora.com.