It is a well known that most aviation enthusiasts collect aviation-themed items of one sort or another.  Who hasn’t gone to an air show or museum without coming away with a special memento or three? Whether it be t-shirts, hats, patches, or other aviation-related ephemera, there is usually something for every wallet range.  However, finding high-quality items for a reasonable price is often difficult, which is why we at WarbirdsNews are proud to have Red Canoe as a sponsor.

Not only does Red Canoe manufacture a wide range of finely made, aviation-related products to a high aesthetic standard, they also have a keen eye for accuracy when recreating vintage logos and other details to an exceptional standard.  These items could be worn by almost anyone on a daily basis.  Red Canoe has worked closely with a number of aircraft companies to license and authentically replicate their various iconic images on their products. Given their Canadian roots, Red Canoe’s first items were of Canadian origin, but they have since begun offering items that feature the vintage logos of Boeing and North American Aviation.

But what is Red Canoe and we did they come from?  The origins of this young company are as romantic as aviation itself.  Red Canoe was founded in 1999, quite literally, in a bush plane over the pristine wilderness of Northern Ontario.  Whether it is flying down a valley to land on a glassy smooth lake or waiting on vehicle traffic to clear so you can take-off from a two-lane road, bush flying, from the outside, looks to have all the romance and heritage we see in the movies.  For those who do it everyday to make a living are often pushed to their limits by nature, weather, and their own aircraft and do so with all spirit and tradition of the Canadian pioneers who came before them.

Sudbury Ontario native Dax Wilkinson grew up with these experiences but life found him transplanted to the big city of Toronto where he became an aspiring entrepreneur and designer developing products for different brands.  Meanwhile, many of his close friends back home were becoming professional Bush Pilots.  Then one of those friends invited Wilkinson to go flying in a deHavilland DHC-2 Beaver. The pilot compared his Beaver to a Harley-Davidson, except it sounded way better.  The Beaver is a remarkable example of Northern Canadian ambition.  The rugged utility of the aircraft make it an indispensible tool that makes much of the Canadian landscape accessible.  It changed Canada forever.

A Red Canoe could be thought of as the Great, Great Grandfather of the Beaver and the ultimate symbol of pure, simple, idyllic, rugged, hard working Canadian lifestyle. And so the company name was born.

The flight turned out to be a ‘flashbulb moment.’  Wilkinson decided to create a product line inspired by Canadian icons with great stories like the DHC-2 Beaver.  Like so many others, these stories were unknown, fading from memory, or simply taken for granted.  Those few individuals that knew them well would welcome any banner that invited the uninitiated to take interest.

Wilkinson delved further into Canadian stories and worked to include icons like the Canadian Broadcasting Corporation (CBC), Royal Canadian Air Force (RCAF), Royal Canadian Mounted Police (RCMP), CP Railway and many others.  He hoped to share their histories and find ways to support and preserve their respective traditions and legacies.

Their American neighbors took notice of what Wilkinson was doing, loved the idea and wanted to share their stories too and soon Red Canoe items started to feature a number of American aircraft companies including Bell, Boeing, Cessna, Lockheed, and North American, all of which have incredible and inspiring stories to tell. 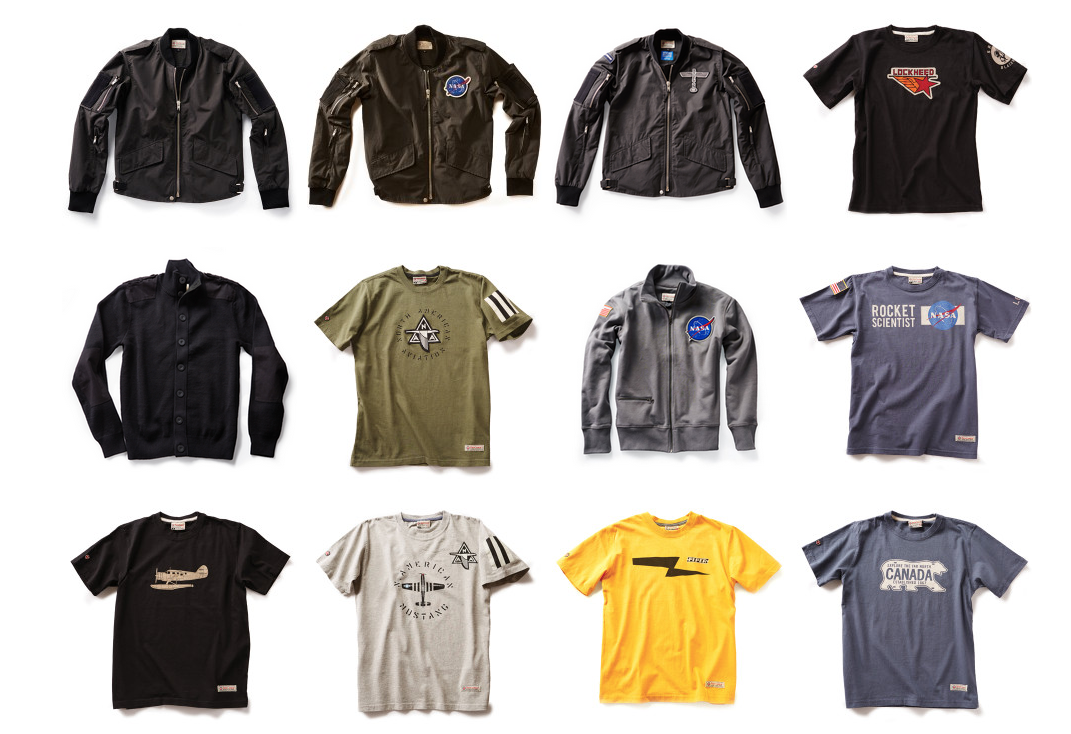