When you’re born in Rockford, Illinois and your father opens a Cessna dealership when you are 6-years-old and you’re 8-years-old when a fledgling aircraft association moved their annual fly-in to your local airport, how can you not be predestined to make aviation your vocation, avocation, and ultimately your career?  That is exactly what happened to Mark Clark, owner of Courtesy Aircraft Sales based at Greater Rockford Airport (RFD) in Rockford, Illinois. 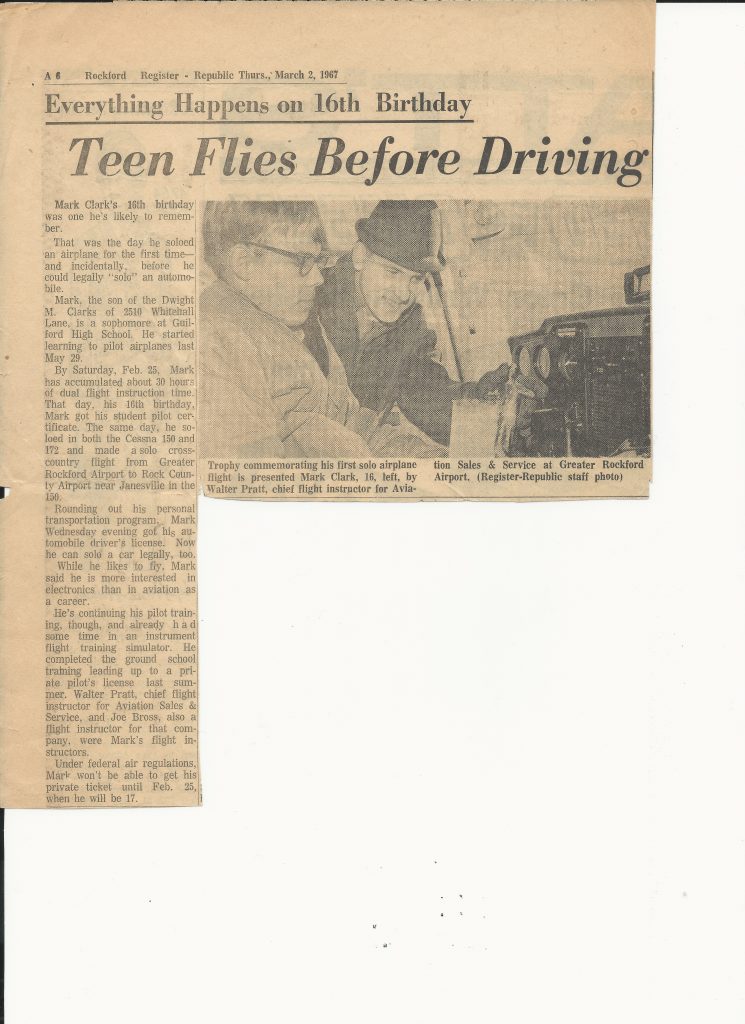 Mark Clark grew up as the stereotypical airport kid whose budding passion for aviation was fostered by his private pilot father, Dwight M. Clark, who took him flying nearly every Saturday.  When the father-son duo started attending the EAA Fly-In during “the Rockford Years”, Mark said, “…that pretty much set the hook.”  In the mid-60s the senior Clark expanded the business to include Piper and Champion and in 1965, at 14, Mark became smitten with warbirds after a 35-minute ride in a P-51.  The following year he began flight training, in Cessnas of course, and on his 16th birthday he soloed a 150 and 172.  In just two years he graduated heavy tailwheel aircraft when he started flying a T-6.  He was also becoming involved in the family business when he sold his first T-6. 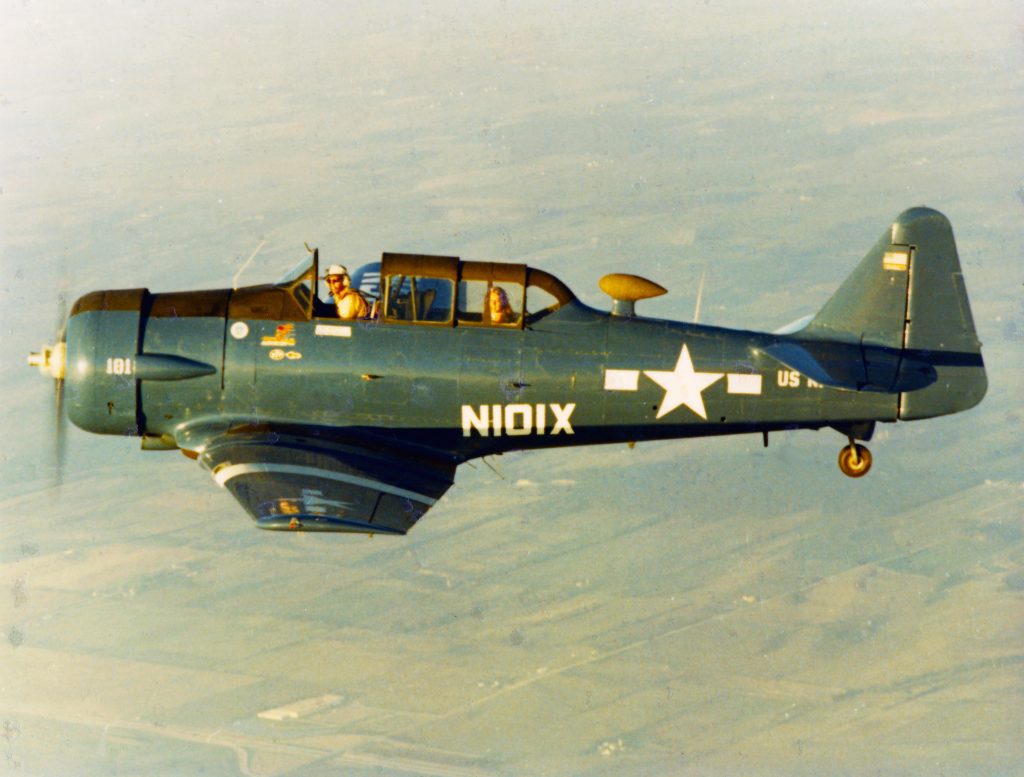 While Mark continued to obtain his advanced ratings, he began studying marketing at Bradley University in Peoria.  On the flying side of the coin, Mark bought his first T-28 and taught himself to fly it!  Can you say, “good old days”?  The 1980s was a high time for Mark, as he obtained his A&P early in the decade, purchased the business from his father in 1983 and relocated it to a new 13,000 sq ft facility at RFD.  In 1985, he obtained a half-dozen T-28s out of the Davis-Monthan AFB boneyard in Tucson, Arizona and soon after negotiated the purchase of nine T-28 directly from the Honduran government. 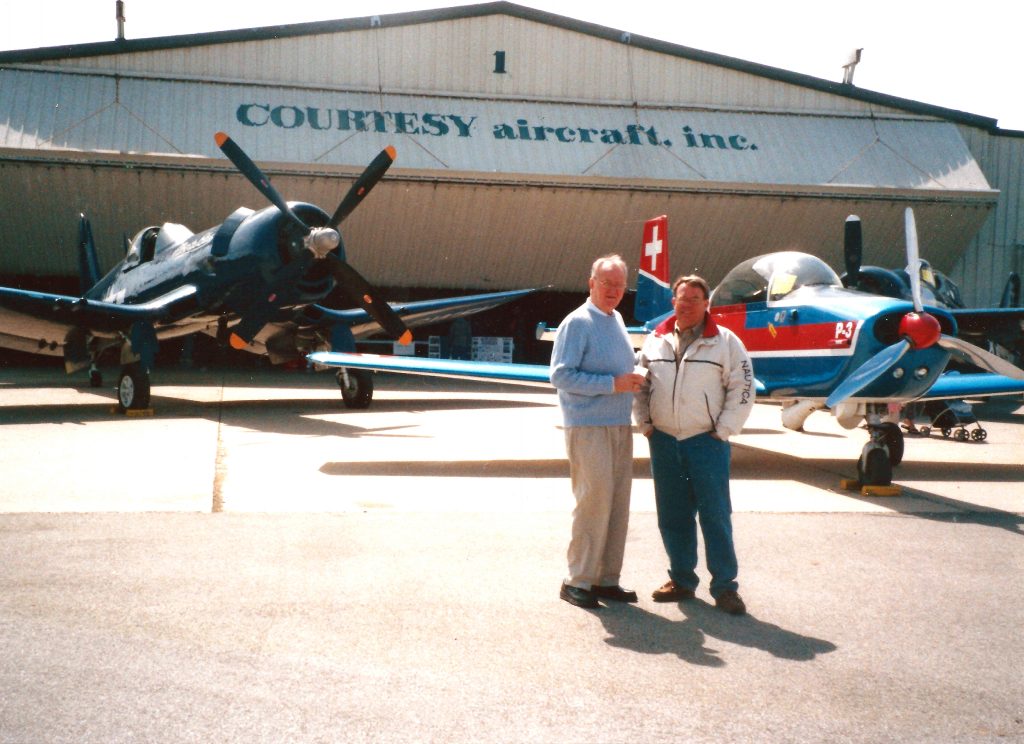 While Courtesy continues to deal in civilian aircraft, “…everything from J-3s to Citations.”, according to Mark, the bread and butter of the business is warbirds.  In a typical year, Courtesy will conduct 40-60 transactions, but over the years they’ve sold over 3,000 aircraft, including 80+ Mustangs, some of them several times over.  Their current inventory (as of this writing), includes a PT-17, PT-22, P-40, F-86, B-25, A-26, four T-6/SNJ/Harvards, and two Harriers, among others.

Aside from the business, Mark is an accomplished pilot that has lived a charmed aviation life.  He’s attended Oshkosh every year since 1970, and in those years he flew 14 different warbirds to the convention, and a majority of Reno Air Races since the mid 70s, which once included box seats with the first and last men to walk on the Moon.  In 1995, he was aboard a B-25 that launched off USS Carl Vinson (CVN 70) during the festivities that marked the 60th anniversary of the end of World War II.  He has flown over 125 aircraft types, holds an Unlimited Letter in all makes and models of warbirds, and was awarded the Wright Brothers Master Pilot Award in August 2019.

In the end, after decades of selling thousands of aircraft to people on six continents, Mark greatest career highlight is getting to know people across the U.S. and around the world and helping them all fulfill their dreams.  Therefore it is clear that Mark’s predestination to a career in aviation was well-founded. 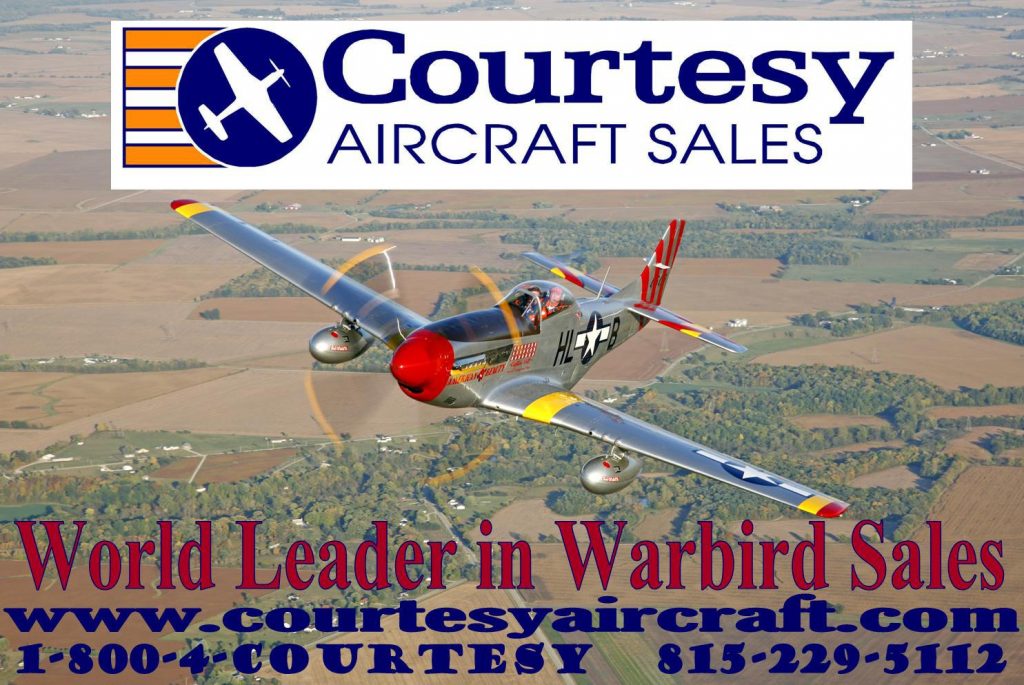