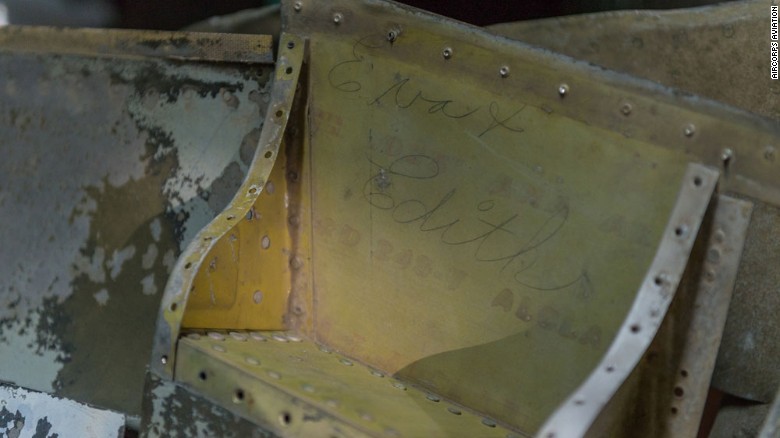 Who are Eva and Edith? AirCorps Aviation, the warbird restoration shop based in Bemidji, Minnesota, has found an interesting artifact within the wing of the 1944 Republic P-47D-23RA they currently have under restoration. This particular aircraft is known to have served in the 5th Air Force during WWII and was abandoned at Dobodura Airfield, in Papua New Guinea. A number of years ago, it was recovered after being found sitting in the yard of a house in Popondetta, Papua New Guinea. After unskinning a section of the wing, the restorers found, written in grease pencil, the names “Eva + Edith”. 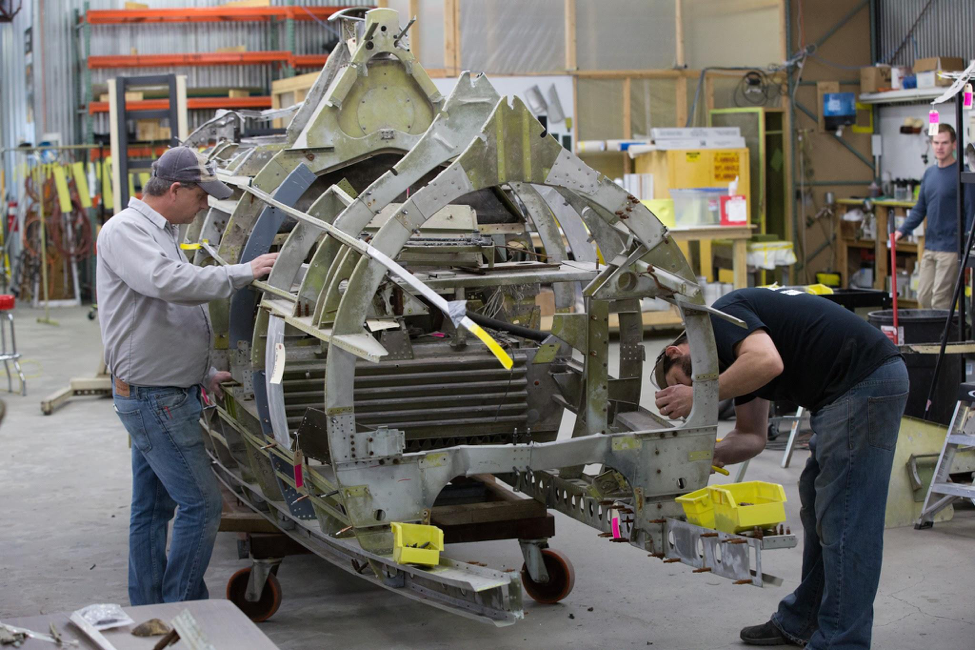 While this particular aircraft was assembled in Evansville, Indiana during WWII, the wing was believed to be manufactured in Buffalo, New York and shipped to Evansville for final assembly. The signers, Eva and Edith, probably stood next to each other on the assembly line. AirCorps Aviation is currently in the process of attempting to track down these original signers in the attempt to let them tell their side of the story. If you can help them visit www.aircorpsaviation.com