When one mentions Long Island, New York (or Lawnguylind, NooYawk in the local dialect), guaranteed the first thing that springs to mind will not be aviation, but the reality is that the island is steeped in aviation history, so much so that the airfields of Long Island in general and the Hempstead Plains in particular were already being widely referred to as the “Cradle of Aviation” all the way back in the 1920s.

There are a whole host of aviation “firsts” that took place on this 118 mile long but relatively narrow strip of land jutting away to the Northeast from New York Harbor. In 1909, aeronautical founding father Glen Curtis flew his Scientific American Prize winning June Bug airplane 25 miles, circling Mineola on the Hempstead Plains, and 1910 saw the International Aerial Tournament staged at Belmont Park. In 1911 Cal Rodgers made the first transcontinental airplane flight leaving from Sheepshead Bay on the island’s south shore, flying to Pasadena, California in the “Vin Fiz Flyer,” a plane that strangely enough was named after a new brand of grape soda, in exchange for monetary support from the soft drink’s maker, Armour Foods. In 1916 the first recorded night flight took place there, and in 1917 the first automated flying bomb was demonstrated. The first transatlantic airship crossing was accomplished, setting out from East Fortune, Scotland to Mineola on Long Island (and back again), by Major George Herbert Scott (and crew) on the Royal Air Force’s R34 rigid airship in 1919. In 1923, the first nonstop transcontinental flight left from the island’s Mitchell Field to San Diego, California. Charles Lindbergh made his historic nonstop transatlantic flight to Paris, departing from Roosevelt Field in 1927 which was followed that same year by the first commercial transatlantic flight. The first circumnavigation of the globe in a fixed wing craft used Roosevelt Field as it’s start and finish point in 1931, winning Wiley Post and his navigator Harold Gatty as much adulation as Lindbergh had received, including lunch with the President of the United States at the White House and a ticker-tape parade in Lower Manhattan. In 1933, Wiley Post repeated his around the world feat, this time flying solo and leaving from Floyd Bennett Field on the island’s south shore, getting himself another ticker-tape parade in the process. In 1944 the first “blind” instrument flight was performed over Mitchell Field using instruments developed by the Sperry and Kollsman companies of Long Island. The proximity to what was at the time, by far the largest city in America and the geography of the island’s large flat central plain which had the only natural (and more or less treeless) prairie ecosystem east of the Alleghenies, made it the logical place to set up shop in the early days of manned flight and the more aviation was concentrated there, the more those with dreams of flight flocked to it, creating a self-perpetuating hothouse of aeronautical creativity and innovation. In the 1930s and 40s Roosevelt Field had become the largest commercial airport in the country and by 1939 close to 30 companies were manufacturing military, commercial and civilian aircraft on Long Island, more than anywhere else in the country.

During World War II more than 100,000 Long Islanders were taking home paychecks from aviation-related businesses. Grumman Aircraft, a longtime linchpin of the Long Island economy is probably the best known of the aerospace entities that made their home there, and at one time it was the largest employer on the island, employing over 25,000 people and occupying six million square feet of building space where their products were designed, tested and built. Other notable aircraft manufacturers based on Long Island were Republic Aviation and Fairchild Aircraft who while perhaps not as large a Grumman, produced some legendary machines in their own right.

The end of the cold war caused defense budgets to shrink, forcing massive consolidation in the aerospace industry. Grumman and Northrup merged and most the of their manufacturing facilities on the island were shuttered. Republic and Fairchild merged and subsequently consolidated and reconsolidated with various other entities and are now part of a San Antonio-based division of the Israeli defense contractor, Elbit Systems.

While extensive development has erased much of the aviation heritage of Long Island, the place names remain. Roosevelt Field is now the name of one of the largest and highest-grossing shopping malls in the country, located on the very spot where Charles Lindbergh, Amelia Earhart and Wiley Post set off to made history. Floyd Bennett Field is still there, largely untouched and while it is not longer in use, its 1930’s hangars still stand in testament to the merging of art and functionality that was a hallmark of the WPA program. LaGuardia Airport’s Marine Air Terminal, built in the “golden age of the flying boat” in stunning art deco style still evokes the romance and boundless optimism of the era and this landmarked facility is still in use to this day.

It’s against this historical backdrop that the Cradle of Aviation Museum was founded. The museum’s first acquisition in the seventies was a World War I Curtiss JN-4D “Jenny,” discovered in an Iowa pig barn that was the first plane owned by Charles Lindbergh in his barnstorming days. The museum first opened in 1980 with a few planes housed in a couple of unrestored hangars on the closed Mitchell Field Air Force Base, but after years and years of dedicated work and significant fundraising efforts, the modern facility within it now resides was built, opening its doors to the public in 2002.

Todays Cradle of Aviation Museum encompasses over 150,000 square feet, contains over 75 aircraft and boasts an all-digital planetarium and IMAX theatre and a 30-seat giant motion simulator. There are a wide range of state-of-the art exhibits that cover the rich history of aviation on Long Island and the facility hosts extensive Science Technology Engineering and Mathematics (STEM) programs to train the next generation of aeronautical pioneers.

The exhibits at the museum are separated into eight galleries that chronologically document the history of manned flight from experiments with kites, gliders and hot air balloon to the exploration of space, with the vast majority of the craft on display being from the Island. Some of the memorable exhibits from the earliest days of aviation are exacting replicas of the Wright EX “Vin Fiz Flyer”, the Herring-Curtiss No. 1 Golden Flyer, a Sperry Messenger and a 1918 Curtiss/Sperry Aerial Torpedo, a world war one flying bomb which was called an aerial torpedo in vintage parlance.

There is a Bleriot Type XI, and the sole surviving example of the aptly-named 1918 Breese Penguin, a World War One-era non-flying flight trainer with wings were too short and an engine too small to allow it to fly. These trainer “aircraft” were intended to be just as unmanageable as the real aircraft of the day and thus had no brakes or steerable wheels which made them quite difficult to control, but as they never left the ground there was some degree of safety built into the design. Another sole survivor of its type on display from this era is the museum’s Aircraft Engineering Corporation “Ace” biplane which was the first American civil aircraft to be produced following World War One. A fully aerobatic and relatively inexpensive plane, the Ace failed in the marketplace due to competition from the flood of WWI surplus planes being sold to civil aviation on the cheap at war’s end.

The museum also has one of only two remaining examples of the Ryan Brougham, built along identical lines Ryan’s NYP “Spirit of St.Louis” in an attempt to cash in on the famous plane’s cachet. The Brougham on display has been modified to reproduce the appearance of its more famous relative which currently resides in the Smithsonian’s National Air and Space Museum. Also on display from the interwar era are a 1929 Brunner-Winkle Bird and a Peel Z-1 Glider Boat, meant to towed behind a motor boat to give the then flight-obsessed public a relatively inexpensive way to experience flying a plane.

The shadow of Grumman looms large over Long Island’s aviation history, many of the museum’s volunteers are ex-Grumman employees and significant monetary support of the facility has been provided by Grumman family, so it’s not surprising that there is an extensive collection of Grumman aircraft with their feline nomenclature in evidence, including a Grumman F3F-2 reproduction, a G-21 Goose, TBM-3E Avenger, an F4F-3 Wildcat, an F6F-5 Hellcat, a G-63 Kitten, an F9F-7 Cougar, an F14 Tomcat (and cockpit), an A6 Intruder and a long nose F-11 Tiger done up in Blue Angels livery in the Atrium in addition to what is arguably the prize of the collection, the Grumman Lunar Module LM-13 which was built for the cancelled Apollo 18 moon landing.

Other major local manufacturers like Republic are well-represented with a P-47N Thunderbolt, RC-3 Seabee, a P-84B Thunderjet, an F-105B Thunderchief, a Fairchild-Republic A-10 Warthog and a Fairchild T-46 Flight Demonstrator. Other locally produced, though lesser known craft include a Waco CG-4A Glider and a Commonwealth 185 Skyranger.

Locally produced rotorcraft on display at the museum include a Gyrodyne QH-50C, Gyrodyne Model 2C and a prototype Convertawings Model “A” Quadrotor, which was the world’s first 4-rotor helicopter to fly. Missiles produced on the island are also on display including a Maxson AGM-12C Bullpup, a Maxson AQM-37A Target Missile, a Fairchild AUM-N-2 Petrel and a Republic JB-2 “Buzz Bomb”, a design that was turned around and rolling off the production line in only two months after Republic received a a captured German V-1 to use as a template. 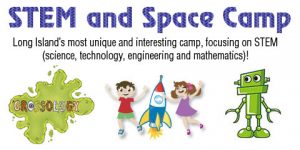 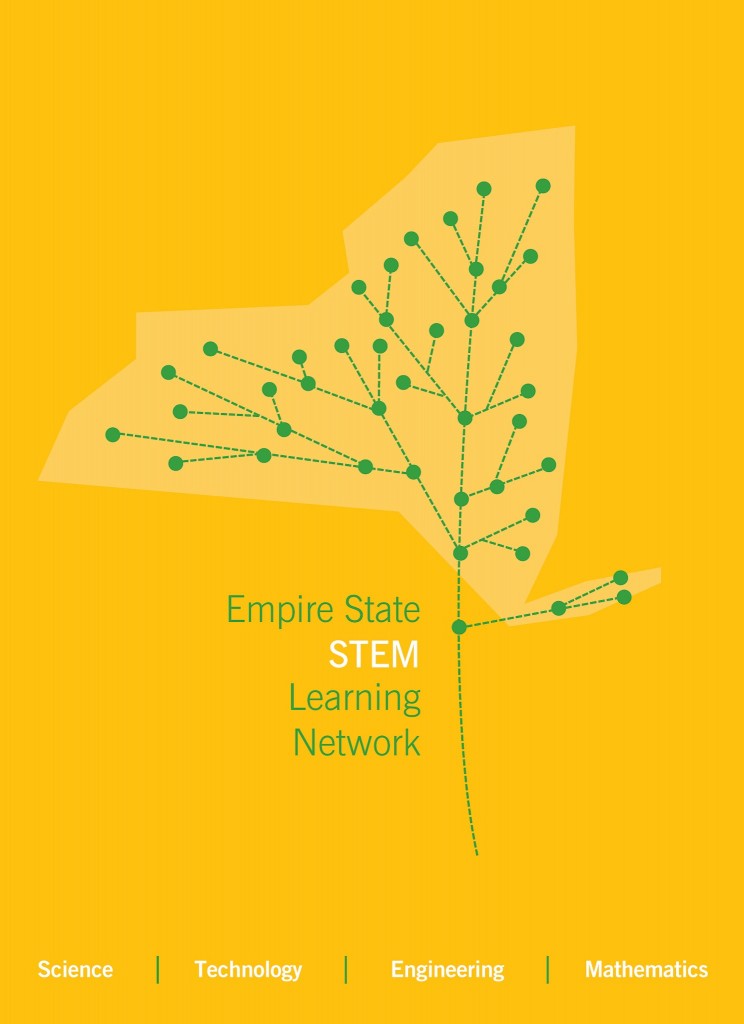 More than just a museum, the Cradle of Aviation aims to proactively ensure that Long Island and the nation remains at the forefront of technological advances in aerospace. To that end there are a number of STEM programs organized by the museum and New York State ranging from aerospace-themed birthday parties for the 3-6 year-old set and summer camp programs for elementary schoolers, straight through to interning opportunities for high school students at local defense contractors. The Museum also holds an annual STEM Career Expo onsite and along with the US Department of Energy’s Brookhaven National Laboratory are the lead organizations of the Long Island STEM Hub which in turn is part of the Empire State STEM Learning Network, which aims to create a pipeline of STEM-literate students to feed industry and to find ways to connect the business with academia and not-for-profit providers of STEM training to help boost both national and regional development of cutting edge technology for today and the future.

The Cradle of Aviation Museum is well worth a trip and dramatically demonstrates that there’s much more to Long Island than just endless traffic and The Hamptons. The museum is open daily Tuesday-Sunday, 9:30-5:00 and is open Mondays during school holidays and breaks.