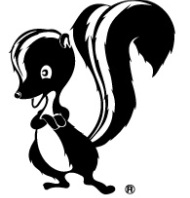 By Lockheed Martin‘s count, this year marks the 70th anniversary of its secretive yet famous Skunk Works division, though some credibly argue that its genesis began with the 1938 development of the XP-38 that led to the groundbreaking Lockheed P-38 Lightning. The XP-38 project was designed and engineered in seclusion by a small team, independent of Lockheed’s usual corporate structure and culture and headed by Clarence “Kelly” L. Johnson, who was to go on to form and head the Skunk Works utilizing the same management style and corporate sub-culture. That aside, in 1943, the US Army’s Air Tactical Service Command (ATSC) met with Lockheed Aircraft Corporation to express its dire need for a jet fighter. Allied intelligence had recently acquired information on the German’s Messerschmitt Me 262, which was undergoing flight testing at the time. Recognizing the tremendous tactical disadvantage Allied aircraft would have against such a threat, they asked for an fighter airframe designed around the the blueprint dimensions of the de Havilland Goblin jet engine that was completing its testing and prototype stage of development and was about to enter production.

Within a month of the meeting, Kelly and his hand-picked team of engineers delivered the XP-80 Shooting Star jet fighter proposal to the ATSC. The ATSC accepted the proposal, and in what would become a hallmark of the Skunk Works, and quite unusual within government procurement, Kelly and his team proceeded on a handshake, beginning fabrication on the plane immediately without a contract, which did arrive eventually, four months later. This fast and loose attitude towards procurement paperwork coupled with the secretive and elite status of the group would serve it well, with customers coming to the Skunk Works with operational parameters they wanted to fill and the group producing what was desired without dealing with a lengthy submission, approval and procurement process, which was especially handy for secret and/or “off the books” projects.

What allowed Kelly to operate the Skunk Works so effectively and efficiently was his unconventional organizational approach. He broke the rules, challenged what he saw as a bureaucratic system that stifled innovation and hindered progress. His philosophy was spelled out in his “14 Rules of Management” with which he ran the Skunk Works though with his extraordinary talents as an engineer and a manager, it was his personal kingdom, in the most positive sense, and it made sense for all involved to let him do things his way as it produced astonishingly positive results.

Reputedly the XP-80 project was so secret that only five of the more than 130 people working on the prototype knew that it was a jet aircraft and Kelly Johnson and his team designed and built the prototype XP-80 in only 143 days. The prototype made its first flight in January, 1944. After the evolution of the design through over a dozen prototypes and extensive field testing, the production version of the XP-80, the Lockheed P-80 Shooting Star, entered active military service as the United States’ first operational jet fighter.

Kelly and his Skunk Works crew went on to develop the Lockheed XF-104 which begat the Lockheed F-104 Starfighter, and numerous other experimental aircraft on the government’s dime that while not directly resulting in production planes served as development test beds for production craft that would follow.

With the Skunk Works firmly established as a highly effective (and highly profitable) autonomous entity outside of Lockheed’s bureaucracy, it’s next product of note started as an unrequested submission for a reconnoissance plane for the US Air Force. Three of Lockheed’s competitors had contracts to submit proposals and Lockheed executives tasked Kelly with coming up with a proposal that would meet the project specifications. Johnson’s design, called the CL-282, while rejected by the Air Force came to the attention of the US Central Intelligence Agency via a civilian on the USAF’s review panel, Edwin Land. With authorization from President Eisenhower, Lockheed developed and produced the U-2, utilized under the CIA’s “Project Dragon Lady.” There was a widely held belief at the time that an aircraft flying at 70,000 feet would not register on Soviet radar, but that belief was completely mistaken. While the first occurrences of the Soviets detecting the plane overflying their country were dismissed as impossible because no plane could possibly be flying at that altitude, the regularity of the appearances, despite subsequent failed attempts by the US to lessen the U-2’s radar cross section, soon had the Russian’s full attention. The United States believing that altitude would prevent the U-2’s interception were eventually proved wrong when the Soviets managed to bring down a U-2 in 1960 and then masterfully played the United States, catching them in the coverup, causing much international embarrassment for the Eisenhower Administration and effectively bringing about the end of U-2 overflights of Russia. The U-2, no longer a CIA aircraft continues in operation to this day, operated for surveillance and reconnaissance by the US Air Force and utilized in the wars in Korea, Vietnam, the Balkans, Afghanistan and Iraq for monitoring areas of interest like Cuba. NASA also operates U-2s as the plane’s extraordinary capabilities, reaching close to the edge of space is a valuable research asset for the agency.

Aware even before the U-2 program became operational that it’s radar cross section would eventually be it’s undoing, Kelly and his team developed another spy plane for the CIA, the Lockheed A-12 which would have stealth capabilities and the speed to outrun interception attempts which the U-2 lacked. While the U-2 interception of 1960 ended the United States’ policy of overflying the Soviet Union, and satellite technology had made overflights less necessary, the A-12 nonetheless did serve the CIA overflying less formidable but still strategically important surveillance targets in North Korea. Its replacement and direct evolutionary outgrowth of its design, the Lockheed SR-71 Blackbird was flown by the US Air Force for reconnaissance missions. The SR-71 operated at altitudes over 80,000 ft and speeds up to Mach 3.2, which coupled with its suite of electronics-jamming countermeasures, made the plane extremely difficult to intercept. Missions of the SR-71 included surveillance over North Vietnam and along the edges, but not within, Soviet airspace. Though retired by the USAF in 1990, with a plane going to NASA for their use, the Sr-71 program was revived in 1994, with Lockheed-refurbished Blackbirds returning to the skies in 1995 before being retired yet again in 1999, though NASA still has two Blackbirds and some D-21s at their Dryden Research Center in Edwards, California. The next major secret Skunk Works warbird to break cover was the Lockheed F-117 Nighthawk, more commonly referred to by the general public as “the stealth fighter.” Entering US Air Force service in 1983, its existence would not be officially acknowledged to the public until the very end of 1988 when the jig was well and truly up for maintaining “secrecy” with multiple pictures of the plane appearing in the media and model kits of the “secret” aircraft hitting the market. The F-117 gained wide-spread public attention for it’s rule in the First Gulf War, and remained in service until 2008. While a lot of the Skunk Works’ revealed designs of late have been purely experimental and fairly esoteric, it’s quite likely that in keeping with the nature of their often-secret programs, we’ll find out about them decades from now. A more mainstream success of recent years is the Lockheed Martin X-35 which has been developed into the Lockheed Martin F-35 Lightning II stealth multi-role fighter, developed under the multination Joint Strike Fighter program. The current F-35 includes three variants. The F-35A is the conventional takeoff and landing (CTOL) variant intended for the U.S. Air Force and other air forces. The F-35B is the short takeoff and vertical landing (STOVL) variant of the aircraft. The F-35C (for Carrier) features larger wings with foldable wingtip sections, larger wing and tail control surfaces for improved low-speed control, stronger landing gear for the stresses of carrier arrested landings, and a stronger tailhook for use with aircraft carrier arrestor cable systems. The F-35 is presently being rolled out to the United States Air Force, Marine Corps and Navy and the Royal Air Force has taken delivery of their first two planes, though they are still evaluating them in Florida. In addition to the US and UK, commitments are in place from Italy, the Netherlands, Australia, Canada, Denmark, Turkey, Israel and Singapore as well as expressions of interest by eleven other nations. As the production of this warbird is still ramping up, its too early to judge the F-35, though its cost overruns and delays have certainly been a source of controversy. Ultimately it will be its real world operational performance that determines its fate, but as things stand now, the F-35 may end up becoming one of the most widely-utilized jet fighters in history.