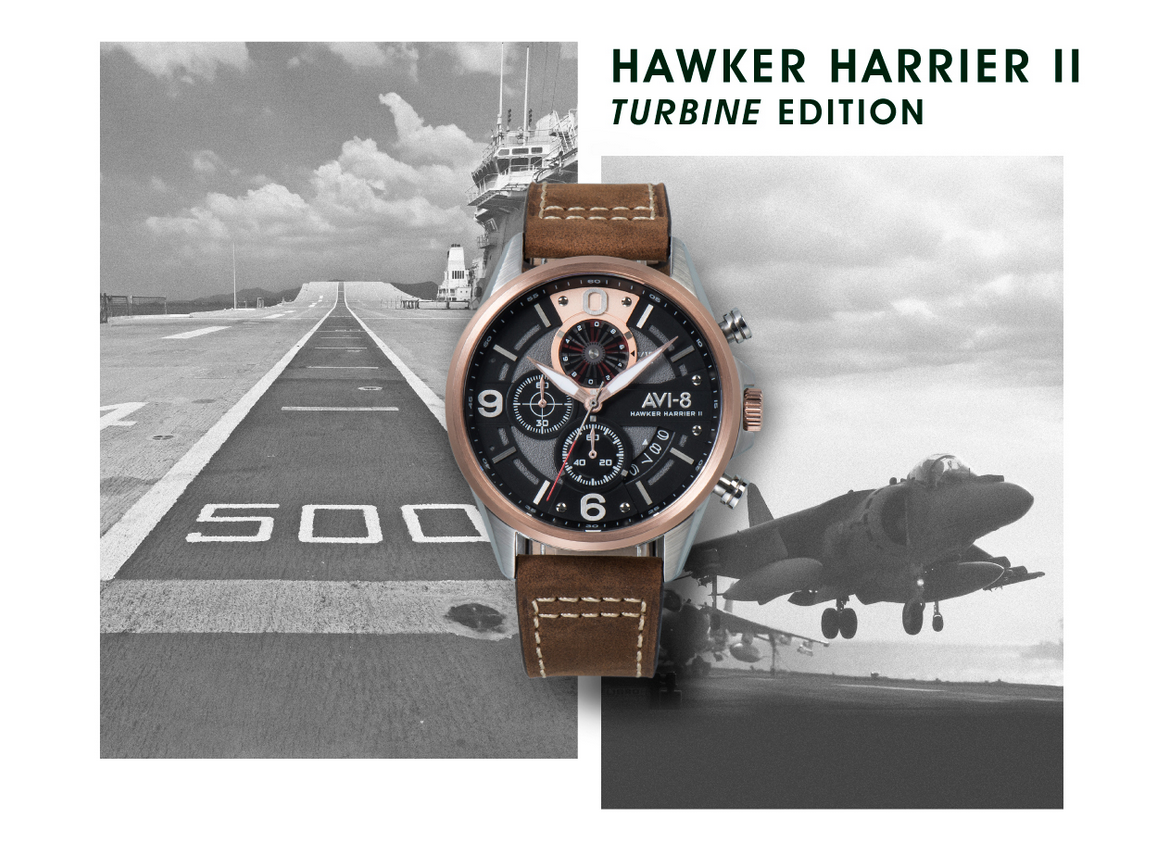 The Hawker Harrier is one of the world’s most iconic jet combat aircraft. Developed initially as an operational, close-support and reconnaissance fighter aircraft, the Harrier evolved directly from the Hawker P.1127 and the Kestrel F.G.A.1 prototype aircraft.

During 1965, Hawker’s supersonic aircraft (P.1154) had been cancelled by the incoming Labour government and so all work at Kingston had ceased. The Ministry then issued Requirement ASR384 for a V/STOL Ground attack Aircraft supplemented by an immediate order for 6 pre-production developments of the Kestrel, to be known as the P.1127 RAF. The design was more closely based on the lesson learnt with the early Kestrel prototypes and following successful trials the first aircraft flew on 31st August 1966.  Within a year the RAF ordered 60 aircraft into production, all to be named Harrier GR1. From its humble beginnings as the P.1127 in the late 1950s, the Harrier continues to serve at the forefront of attack aviation with the US Marine Corps as the AV-8B Harrier II, and in several other air arms around the world. The Harrier is the only Vertical Take Off and Landing combat jet to serve in Western frontline forces until the advent of the Lockheed F-35B Lightning II, which is yet to become fully operational. The Soviet Union’s Yak-38 ‘Forger’, while similar in concept to the British/American Harrier, never enjoyed much success, and was out of service by 1991 after just 15 years of operation.

Because of its superb design and unique place in aviation history, our sponsors at AVI-8 have decided to commemorate the Harrier and its Pegasus engine with one of their own, inimitable watch designs. We at WarbirdsNews hope our readers will enjoy this exotic timepiece. Click HERE to read about AVI-8.

The AV- 4051 is forged out of solid stainless steel and strapped to the wearers wrist with a supple yet robustly durable genuine leather strap, this is a watch built to endure.With a multi-layered dial, reflecting a design that highlights the avionic cues that inspired the watch, read out of time is still clear and straightforward even while the design of the readout intrigues and delights with subtle and obvious aesthetic cues from the Harrier. 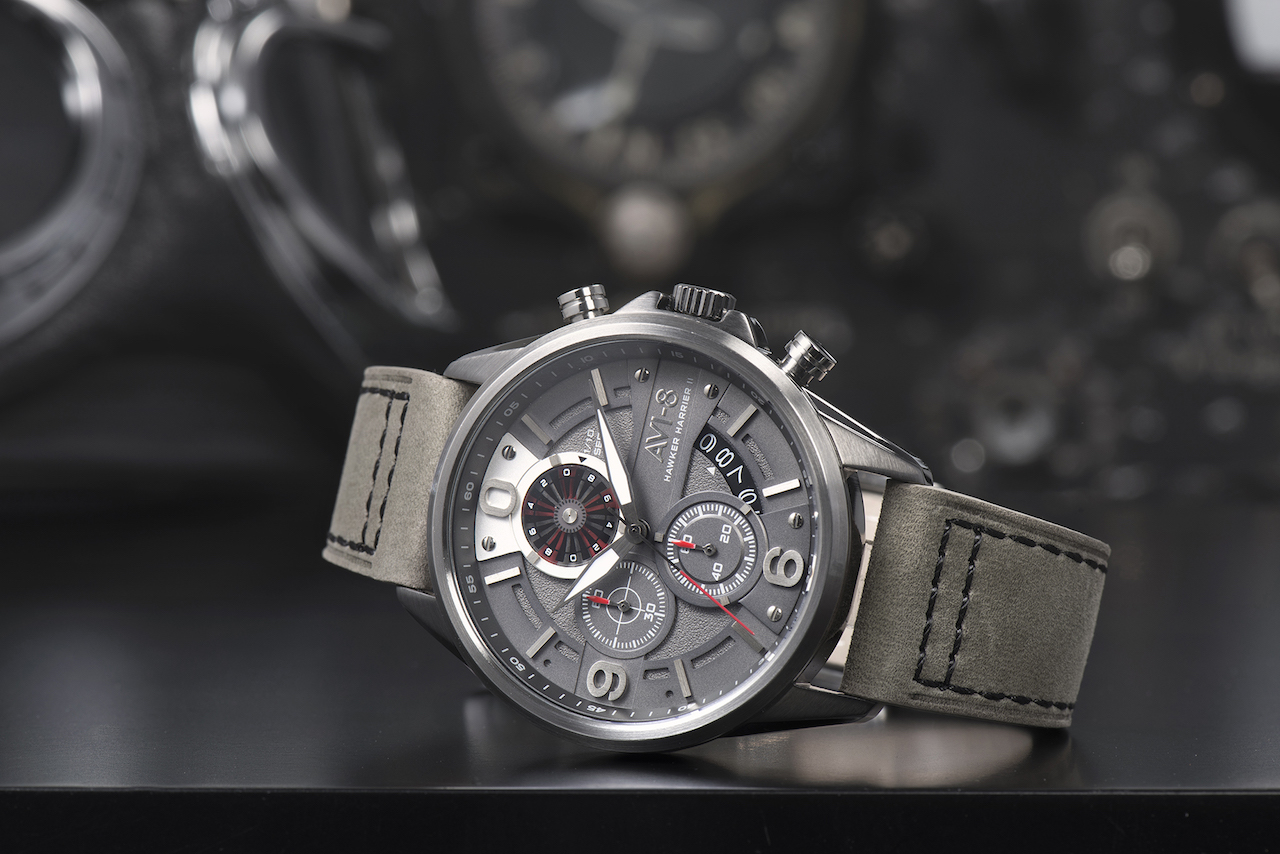 The razor like finish of the index and hands creates a sharp defined look to the dial. But it is the 1/10th split time register which gives the 4051 its true character. Multiple discs spin to indicate split fraction of a second timing with a visual reference to the massive engines and turbines of the Hawker Harrier. As the chronograph runs off and measures elapsed time, the discs create a unique and compelling reflection of the Harriers own mechanics.Completing this tribute to the engine of the Harrier is the stamped and polished caseback carefully detailed in the design of the Harriers jets. 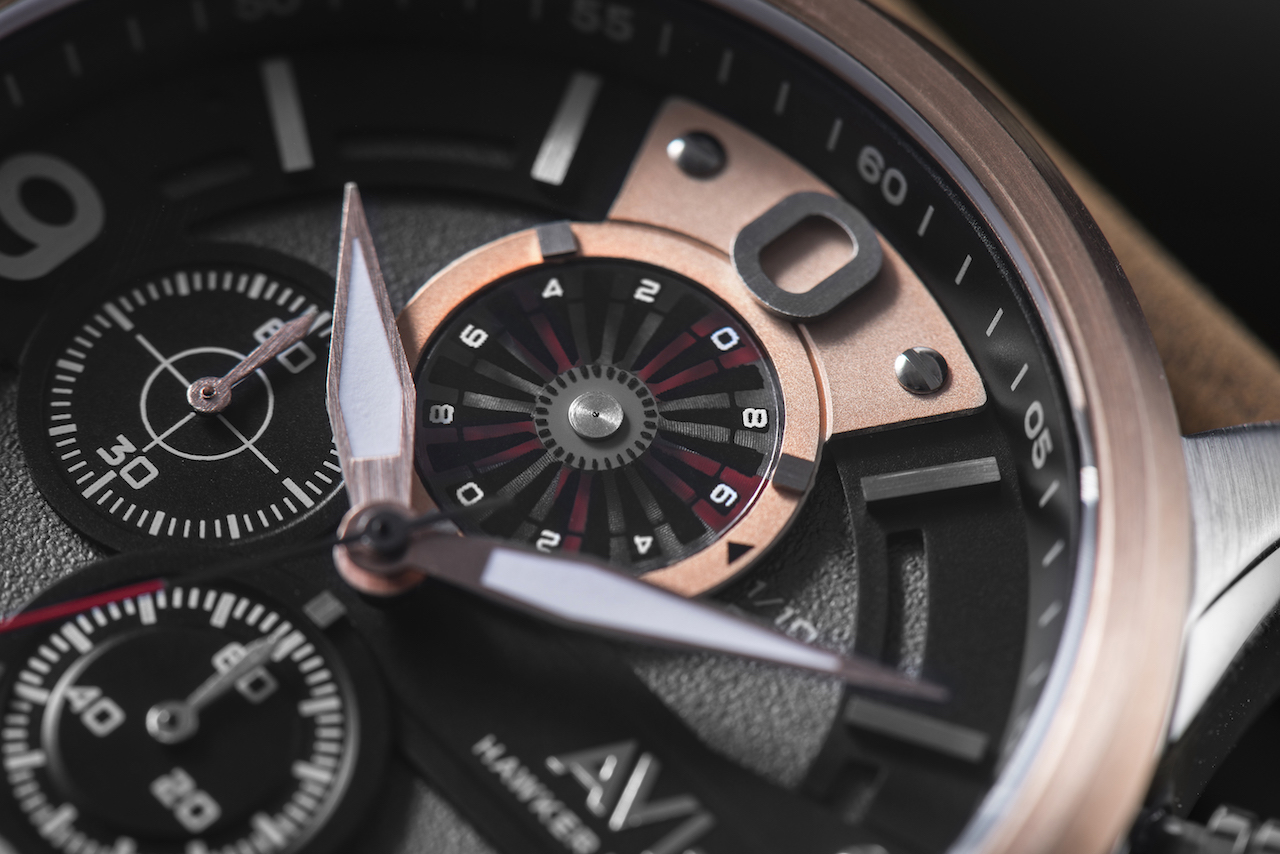