As often does, Colonel Scrappy Johnson sends me emails about facts or anecdotes of his aviation career.Here is an original letter Scrappy received from George Jessel.

“When I was president of the Red River Valley Fighter Pilots Association, River Rats George Jessel was the guest speaker. Here’s a letter he wrote to me afterwards. He was a very interesting person.”

George Albert Jessel (3 April 1898 – 23 May 1981), sometimes called “Georgie” Jessel, was an American illustrated song “model,” actor, singer, songwriter, and Academy Award-winning movie producer. He was famous in his lifetime as a multitalented comedic entertainer, achieving a level of recognition that transcended his limited roles in movies. He was widely known by his nickname, the “Toastmaster General of the United States,” for his frequent role as the master of ceremonies at political and entertainment gatherings. 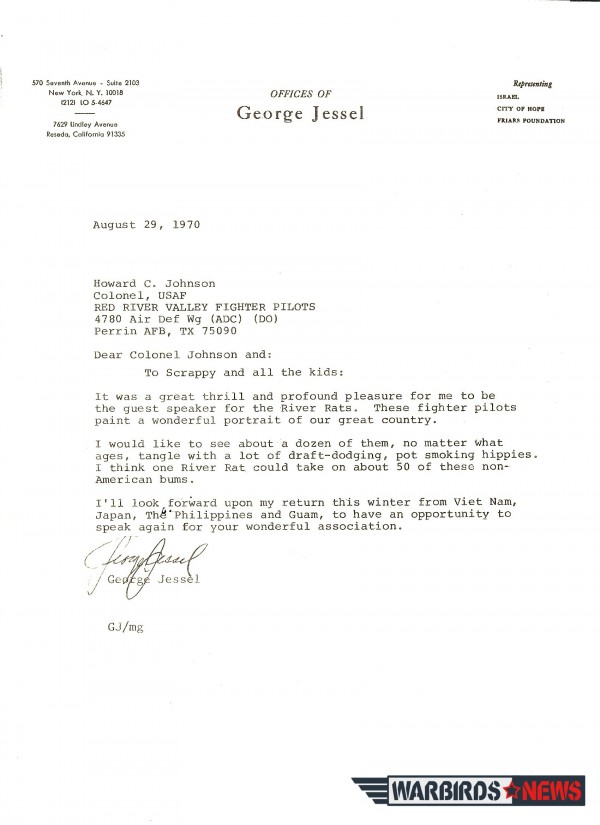