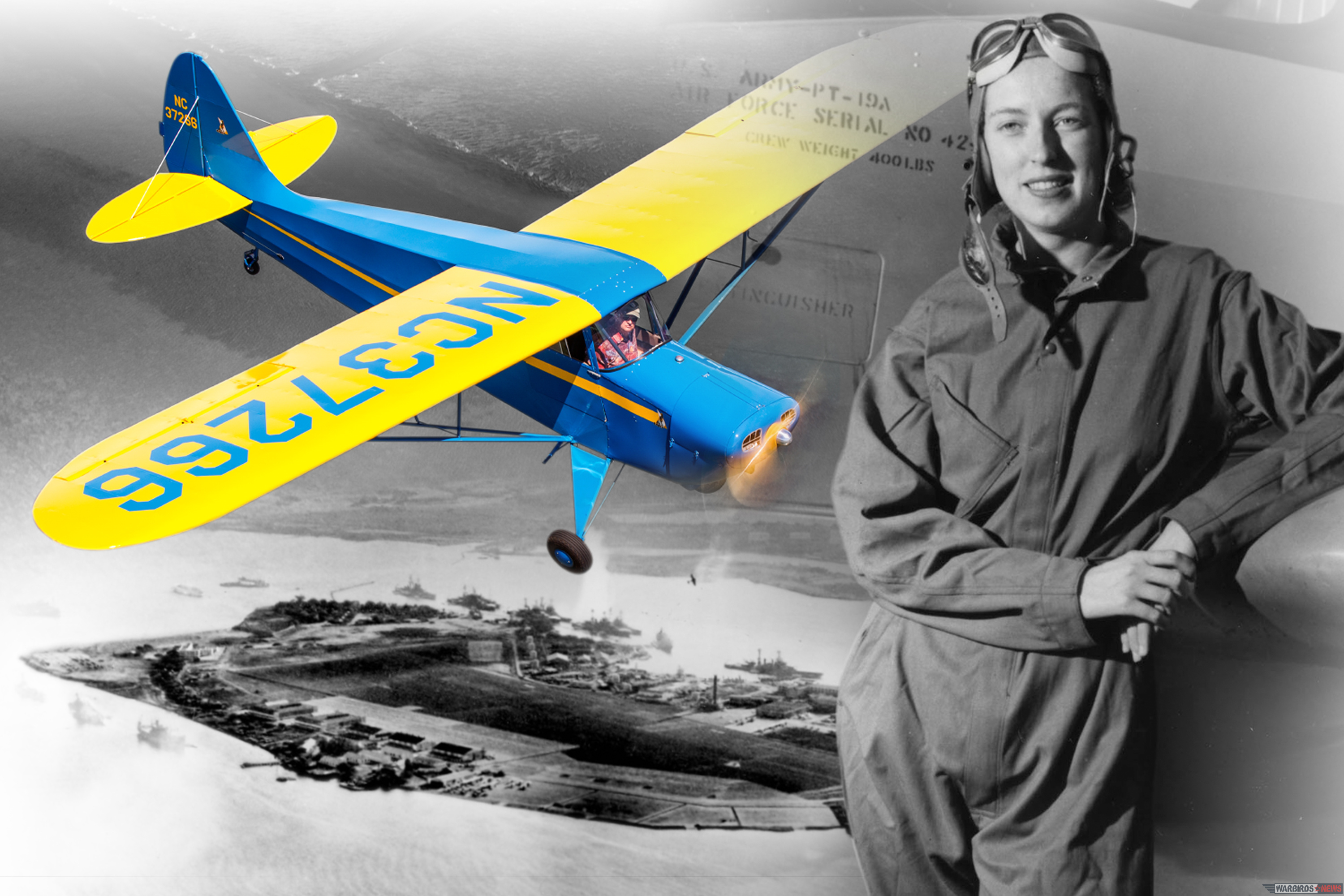 Before sunrise on the morning of December 7th, 1941, eight general aviation pilots pre-flighted their aircraft, preparing to take advantage of what should have been an excellent day of flying above Oahu, Hawaii. One of those pilots was Cornelia Fort, a 22-year-old Nashville native who had passed on the world of Debutants and High Society back home to follow her dreams of flight. As circumstance would have it, Cornelia Fort and the other seven pilots were the first American aviators to face the Japanese warplanes commencing their attacks on the American military bases on Oahu that morning. In those first few minutes of the attack, enemy airmen shot three Piper J-3 Cubs from the sky and fired upon several Aeronca TC-65’s; forcing them down.

Above John Rodgers airport, a lone Interstate Cadet S-4A was doing pattern work. Cornelia Fort was giving her student a few final points before his intended solo later in the morning when something caught her eye. Inbound from the Pacific Ocean Fort saw several aircraft which she thought at first were P-40 Tomahawks. Just then, she noticed her student was on a collision course with another aircraft headed straight towards Pearl Harbor. Fort instinctively pulled back on the stick and banked to avoid the aircraft. As the plane passed beneath them, she clearly saw the red roundel of the Imperial Japanese Navy on its wings. Cornelia Fort instinctively understood what this implied, and the explosions now rippling below confirmed as much. Taking control of the diminutive Cadet, Cornelia pushed its nose over and headed straight for John Rodgers airfield. In the seconds it took to get the Cadet on the ground she was strafed in the air by one Zero and then again by another while landing; narrowly escaping death in the process. Fortunately, Cornelia Fort and the Interstate Cadet would both become Pearl Harbor Survivors.

What followed that morning, on that Day of Infamy, and the terrible losses inflicted upon America is well understood by those who know their history. What became of those eight general aviation pilots and their aircraft has become somewhat clouded; a victim of folklore and inaccurate Hollywood depictions. Today, the actual Interstate Cadet S-4A (NC37266) that Cornelia Fort flew on that morning has been found and restored to its original airworthy condition. In a project conceived by Lt.Col. Greg Anders USAF (Ret.), NC37266 flies as part of the Lost Aviators of Pearl Harbor. This project’s goal is to cast a clearer light upon what those early-morning American aviators experienced during the Pearl Harbor raid and re-introduce their story to the public. Throughout the next year leading up to the 75th anniversary of the Attack on Pearl Harbor, Anders and his Lost Aviators of Pearl Harbor plan to accomplish this by attending air shows and local events starting in Chino and culminating in Honolulu on December 7th, 2016.

While diminutive in its appearance, it can be rightfully stated that Cadet NC37266 holds a provenance on par with those of the Memphis Belle and Enola Gay. The historical significance of being the only currently airworthy aircraft to be fired upon during the Pearl Harbor attack, as well as a candidate to fly above that same battlefield 75 years later to the minute, is a rare distinction indeed. In summing up Cornelia Fort and Cadet NC37266, Anders notes that “she departed as a flight instructor and landed a veteran.” This simple statement truly embodies the important story that Anders will reveal with the Lost Aviators of Pearl Harbor project in 2016.