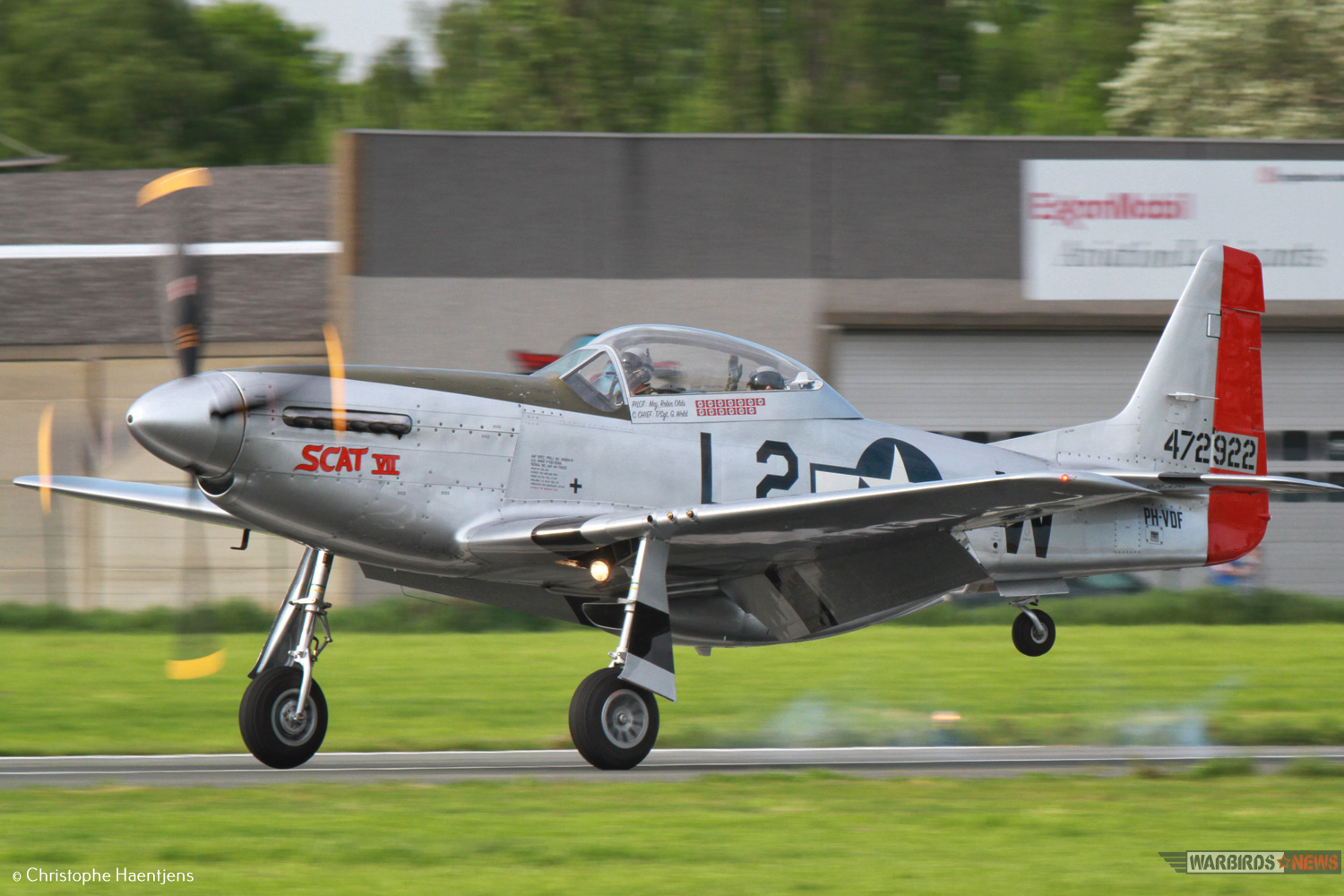 The first week of May has been thrilling for the people at the Vintage Dream Factory, a Belgian non-profit organization established with the aim to preserve and fly the North American P-51 Mustang known as Scat VII. This Mustang is the sole airworthy P-51 based in Belgium and the resurrection of a rare combat aircraft. Scat VII served with the 434th Fighter Squadron, 479th Fighter Group, and was the personal mount of Major Robin Olds in World War II. Robin Olds would go on to become a triple ace and scored his last five kills of the war in Scat VII. 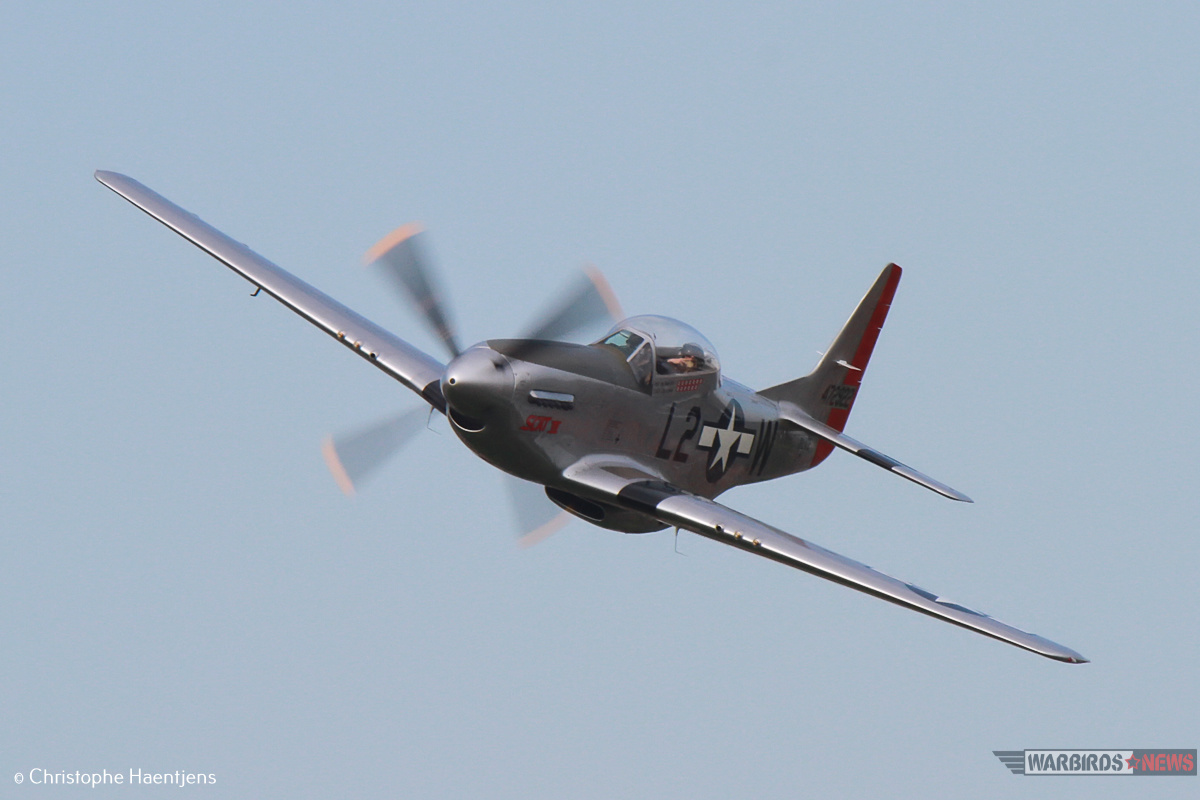 During the Viet Nam War, Robin Olds, a Colonel by then, would go on to further fame flying the F-4 Phantom II with the 8th TFW. He was the main man behind Operation Bolo, a successful effort to neutralize the enemy’s fighter fleet. He shot down four North Vietnamese MiGs in the process. The Vintage Dream Factory had the pleasure of welcoming Robin Olds’ daughter, Christina, and granddaughter, Jennifer Newman, to spend some time with them and the aircraft Robin Olds flew 70 years previously.

For Christina Olds, it was a long awaited reunion. On Wednesday, May 4th, pilot Lieven Lavaert paid a visit to the Belgian Air Force base of Kleine Brogel with Christina in the back seat. As you can imagine the flight brought on many strong emotions for Christina, especially as she was flying in the same skies her father had fought in during WWII. Once on the ground, Christina gave a presentation about her father’s life. The event received great coverage in both the Belgian papers and national TV channels.

On Saturday, May 7th, the Vintage Dream Factory organized a unique and well received event at Kortrijk Wevelgem airport where Christina Olds met with a select group of aviation enthusiasts, moving everyone with stories of her father’s life, of the great leader, pilot and above all a wonderful man!

Off course Scat VII was also present at the event and people had the opportunity to get up close and personal with the Mustang. They also had the chance to talk to Christina Olds and have her sign their copy of the Robin Olds biography.

Vintage Dream Factory is also offering flights in Scat VII to the public. Become a member and you can fly the Mustang from the backseat! For more information please visit www.vintage.flights