Ask any average aviation enthusiast to name a handful of X-Planes and they are likely to rattle off the X-1, X-15, and perhaps the X-24A/B.  Some of the more learned may add the X-32, X-35, and some of the more recent unmanned aircraft.   All of them are likely to be surprised to find out that on June 14, 2021, NF-16D Variable In-Flight Simulator Aircraft (VISTA) was redesignated as the X-62A. In the mid-1950s, civilian contractor Calspan Corporation (formerly the Cornell Aeronautical Laboratory) modified and operated Lockheed T-33A USAF# 51-4120 as an in-flight simulator.  Designated NT-33A, the T-Bird was used to study flying qualities, cockpit displays, control sticks, and flight control design of many, widely varied aircraft from the X-15 to the F-22 as it could be programmed to simulate the flight of a completely different aircraft by giving the flight controls the artificial feel of the selected aircraft.

The NT-33A conducted its last research project in April 1997 and was placed on display at the National Museum of the U.S. Air Force (NMUSAF) in August of that year.  By that time, the NF-16D VISTA had been flying for five years.  Originally built as a Block 30 F-16D, (86-0048), but fitted with the heavyweight landing gear of the Block 40 and later series, the NF-16D is arguably the most, heavily modified F-16 in existence.  The VISTA was fitted with Calspan’s variable-stability flight control systems, programmable cockpit controls and displays, flight test data recording systems, and additional computers.  The latter systems were housed in the large dorsal spine normally seen on Israeli, Singaporean, and Polish Vipers.  The most notable modification to the cockpit is the addition of a center-mounted control stick, the only F-16 thus modified.

The aircraft conducted its first post-modification flight on April 9, 1992, but was grounded shortly thereafter due to a shortage of funding.  The following year, however, the aircraft was returned to flight status but with its General Electric F110-GE-100 an Axisymmetric Vectoring Exhaust Nozzle (AVEN) for trials related to Multi-Axis Thrust Vectoring (MATV) program.  In that configuration, the aircraft participated in a number of Air Force and NASA projects.   The jet’s original N (Special Test, Permanent) prefix indicates that the aircraft has been so drastically modified that it wouldn’t be economical to return the aircraft to its original configuration. 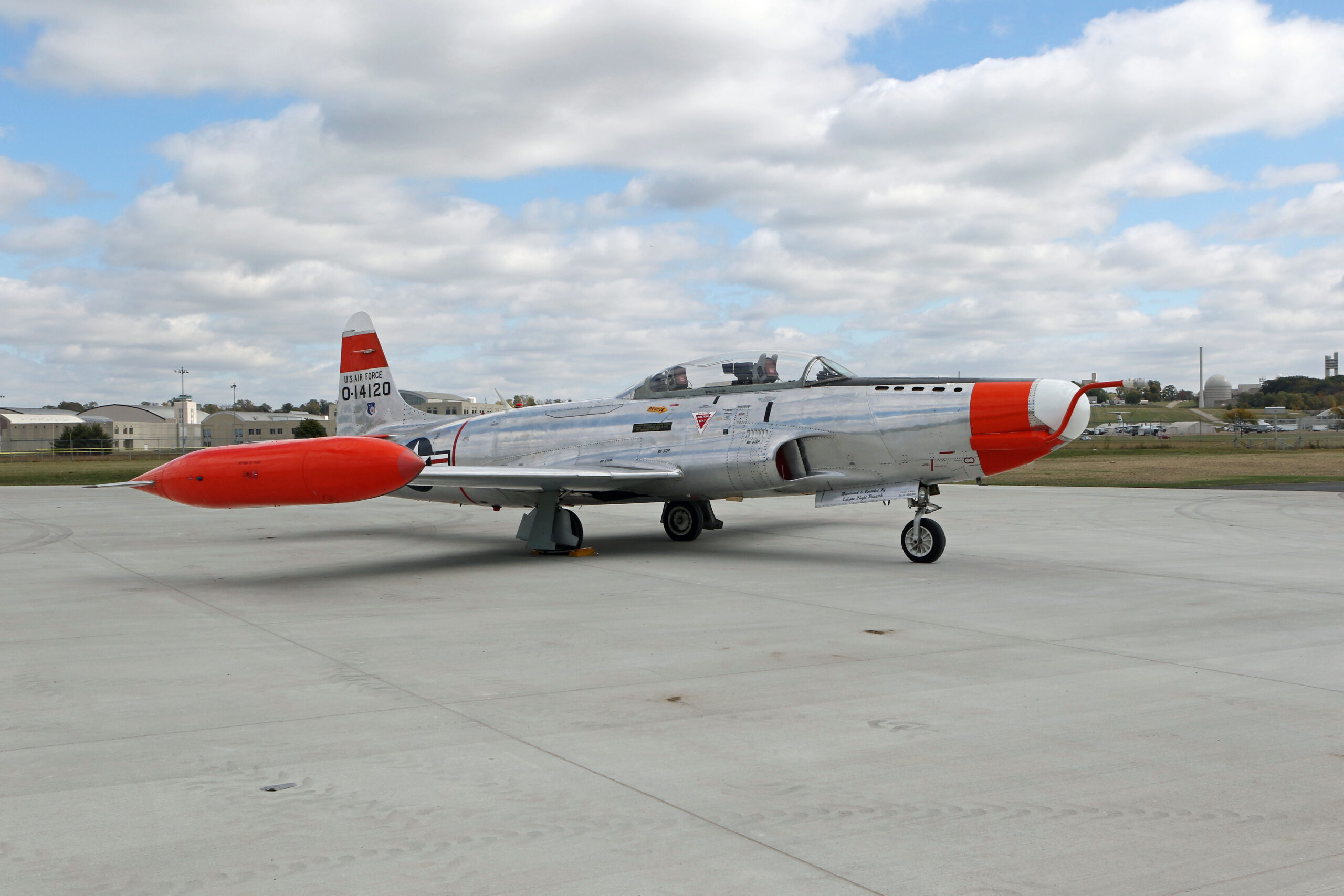 Throughout its career, the VISTA was operated by the U.S. Air Force Test Pilot School (TPS) and supported by Calspan and Lockheed Martin.  William Gray, VISTA and TPS chief test pilot said, “For more than two decades VISTA has been a vital asset for the USAF TPS and the embodiment of our goal to be part of the cutting edge of flight test and aerospace technology.  It has given almost a thousand students and staff members the opportunity to practice testing aircraft with dangerously poor flying qualities, and to execute risk-reduction flight test programs for advanced technologies.” The resignation to X-62A coincides with a major upgrade program that will fully replace the VISTA Simulation System (VSS).  The program will also add a new system called the System for Autonomous Control of Simulation (SACS) to support autonomy testing for the Air Force Research Laboratory’s Skyborg program.

A press release from the 412th Test Wing Public Affairs read in part, “Skyborg is an autonomy-focused capability that will enable the Air Force to operate and sustain low-cost, teamed aircraft that can thwart adversaries with quick, decisive actions in contested environments.  The program will enable airborne combat mass by building a transferable autonomy foundation for a family of layered, unmanned air vehicles.  Skyborg will not replace human pilots.  Instead, it will provide them with key data to support rapid, informed decisions. In this manner, Skyborg will provide manned teammates with greater situational awareness and survivability during combat missions.  Gray said the modifications will address limitations of the original F-16 design and allow the TPS to “…quickly and safely test an almost unlimited variety of radical control law configurations.  Even so, the X-62A will continue to serve as a curriculum aircraft and will be an even brighter symbol of our aspirations.”

With the new designation, this unique one-of-a-kind F-16 will join the ranks of legendary X-Planes that dates back to the birth of the U.S. Air Force and the only X-Plane supporting the USAF TPS curriculum.