One of the big films historic aviation enthusiasts are on the lookout for is the Korean War epic Devotion by director J.D. Dillard. The Jonathan Majors-starring film released its first trailer back in May, and originally had a release date set for October 28, but now Sony Pictures has moved the film’s wide release to November 23. This places the war film in the heart of the long Thanksgiving holiday weekend.

The film is based on true events depicted in the best-selling novel by Adam Makos titled Devotion: An Epic Story of Heroism, Friendship, and Sacrifice, which follows two of the Navy’s most celebrated fighter pilots during a deadly struggle during the Korean War. 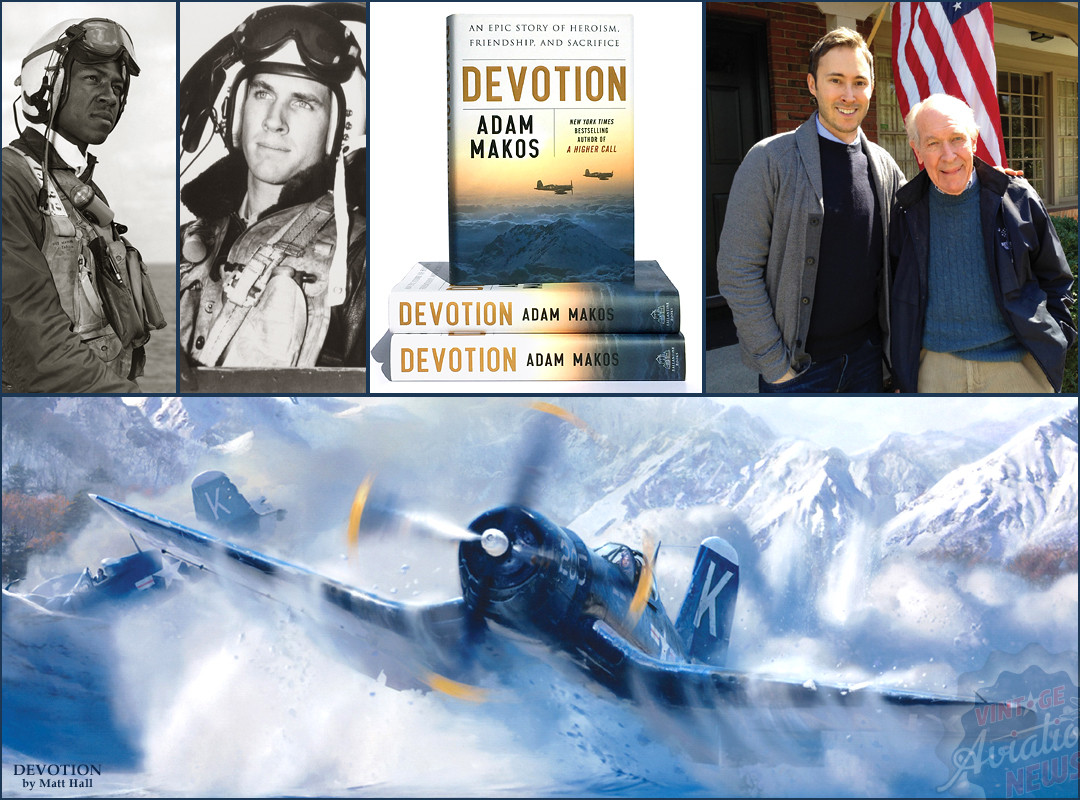 On December 4th, 1950, the Battle of the Chosin Reservoir was raging, a Marine Division was encircled, and legendary F4U Corsair pilots Tom Hudner and Jesse Brown flew into combat. Within hours, one of the duo would be shot down and the other would do something so remarkable it would lead the captain of his aircraft carrier, the USS Leyte, to say: “There has never been a finer act of unselfish heroism in military history.”

The movie will feature a significant number of vintage combat aircraft from the Korean War period, including at least four Corsairs, and the production company has gone to significant lengths to both ensure historical accuracy and hire the best aerial performers and filmmakers in the business. Erickson Aircraft Collection in Madras, Oregon, took part in the flying for the winter sequences in the mountainous terrain around Pasco, Washington, and along the Snake River nearby. Erickson supplied its F4U-7 (dressed as Ens Brown’s F4U-4) and AD-4 Skyraider. Dan Friedkin’s F4U-4 and F8F also took part in the aerial scenes out West. The CAF Airbase Georgia‘s FG-1D Corsair was also repainted to represent one of the picture planes for more distant scenes in the Savannah area as well. Planes of Fame supplied their F4U-1 Corsair painted as an F4U-4, MiG-15, and F8F for filming as well.

We too believe Devotion is a story which needs to reach a significant audience. It is a compelling story of deep humanity that reaches far beyond the bravery of heroic acts in wartime, and can’t fail to resonate with any but the hardest of hearts.

It is worth mentioning that Top Gun: Maverick aerial DoP Michael FitzMaurice and Aerial Coordinator/Helicopter Camera Pilot Kevin LaRosa Jr are among the crew that coordinate the aerial cinematography for Devotion.