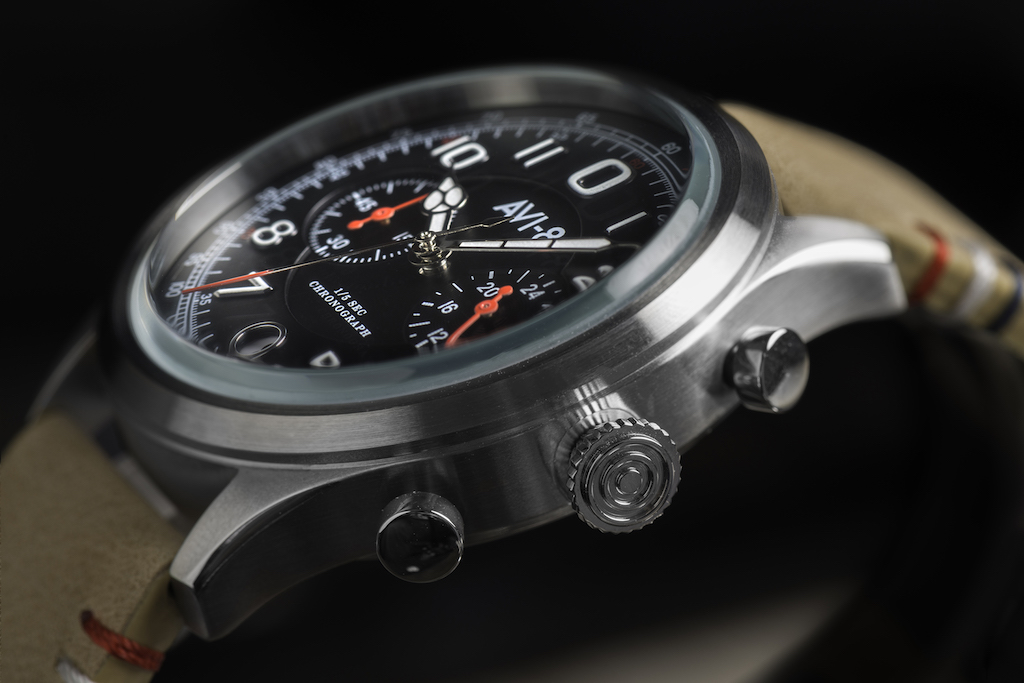 Many of the 38 Americans who flew with the French in the Lafayette Escadrille were household names across the United States during WWI. They became famous dueling ‘the Hun’ in the skies over France and Belgium, first joining the fight in May, 1916,  when the war seemed remote and romantic to many back home, and well before the US officially entered the Great War in April, 1917. While other Americans flew for France during this period, it was the Lafayette Escadrille which garnered the headlines, with their flamboyant escapades. The squadron even kept a pair of lion cubs, named Whiskey and Soda, which apparently provided them much relief from the intense stress of combat.

Interestingly, the unit was originally named the Escadrille Américaine, but the name aroused controversy since many inferred it eroded official US claims of neutrality. So the French renamed the squadron after the Marquis de Lafayette, the famed French general who led French forces during the American Revolutionary War in the 18th Century. The Lafayette Escadrille inspired many other American citizens to fly and fight for France during WWI, so many, in fact, that they had to fill out other squadrons. Collectively they were known affectionately as the ‘Lafayette Flying Corps’, and often referred to as “the founding fathers of American combat aviation. They formed the very nucleus of the U.S. Army Air Service when it was formed in 1918, absorbing the Lafayette Escadrille into its ranks as the 103rd Aero Squadron. In fact, it was the 103rd Aero which became the first official US squadron to see combat in WWI during actions on February 19th, 1918.

Despite the Lafayette Escadrille’s fame during and immediately after WWI, their exploits have largely faded from view in the minds of the general public. With that in mind, our partners at AVI-8 have created a cool new watch design inspired by the bravery of the young American volunteers….

In a homage to the Lafayette Escadrille, AVI-8 embraces the true essence of the “Flyboy” moniker. Young, brash, bold, reckless, but heroic and deeply drawn by a sense of duty as much as adventure – it was indeed the few and the brave of the Lafayette that has given rise to the name that has become synonymous with the AVI-8 timepiece collection. With a sensibly proportioned 43 mm case – the Flyboy has been designed to echo an early 20th century pilot watch, fused with the modern day functionality and precision of the AVI-8 range. A solid 316 L stainless steel case is affixed with a beveled hardened mineral lens thatsubtly magnifies the dial. 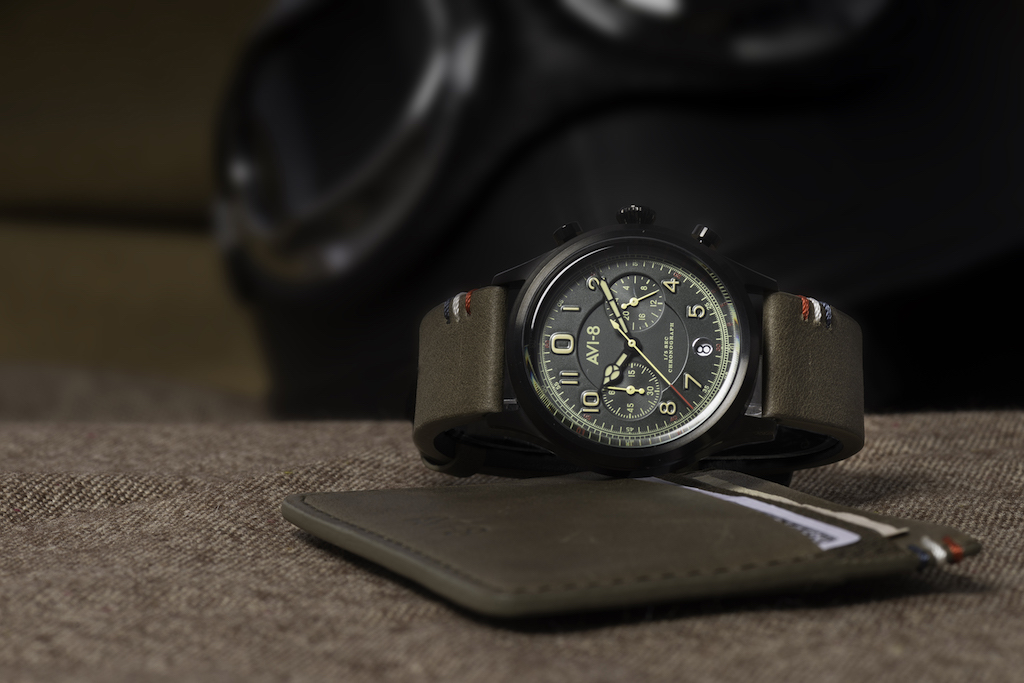 With piston like pushers, and finely tuned shape – the case cradles impressive Japanese made Seiko precision sweep hand “meca-quartz” VK 64 chronograph with date movement capable of accurate split timing measurements and satisfying hand feel of a mechanical movement coupled with the reliability and day to day accuracy of a quartz. The dial is perfectly proportioned well to give both balance and vintage appeal all while offering legibility and clarity in timing readout. Squelette Hour and minute hands work excellently to complete the Lafayette. Strap with genuine leather underlining is handstitched with the famous colour of the French tricolore to pay another subtle tribute to the legend of Lafayette and the heroic band of roguish men from France and America who would comprise this epochal group of airmen. This is a handsome, pilot inspired timepiece leaning on a heroic history yet utterly modern in performance and build.

AVI-8 has also offered WarbirdsNews readers a 20% discount. Just enter the word WARBIRDS in the discount code box during purchase to receive the price reduction. The watch also comes with a free AVI-8 Card Holder. WarbirdsNews wishes to thank our partners at AVI-8 for their continued support. It is through sponsorships such as theirs that we are able to bring our readers so many great articles, so please do check out their fabulous line of aviation-themed chronographs at the link below.

Click HERE to read more about the Flyboy LaFayatette Edition 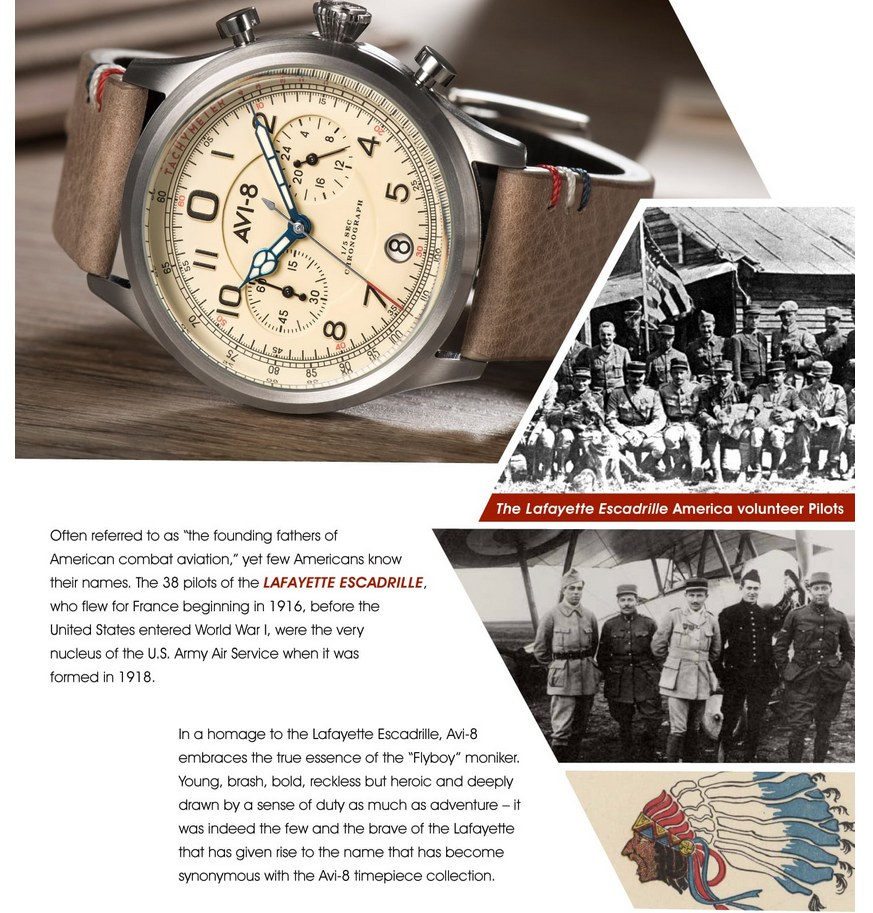