PRESS RELEASE – The critical role of helicopters in the Vietnam War is the subject of the first in a series of Living History programs presented by the Commemorative Air Force Dixie Wing from 11 a.m. to 1 p.m. March 26 at Wing headquarters in Peachtree City, Ga. Lt. Col. Cliff Stern, executive director of the Army Aviation Heritage Foundation (AAHF), will discuss the helicopter war in Vietnam, the first time the helicopter’s full potential was utilized. Col. Stern is a senior Army aviator with a bachelor’s degree in business administration from the University of Albuquerque and a master’s degree in systems management from the University of Southern California. His military honors include two awards of the Legion of Merit, the Distinguished Flying Cross, Bronze Star, Air Medal with 23 oak-leaf clusters and numerous other commendations. His unit was awarded the Valorous Unit award for its participation in Lam Son 719.

Col. Stern and AAHF pilots will discuss the aircraft impact on the war as a whole, and will focus on Lam Son 719, the largest helicopter operation of any war. Participants will have the opportunity to walk around the AAHF’s Cobra and Huey and ask questions of the pilots. The event will be moderated by Col. Brent Bracewell, also a former Army helicopter pilot. Many different helicopter models fulfilled observation, transport, and attack duties. This presentation will highlight two of the most important choppers of the conflict, the Bell UH-1 Iroquois, better known as Huey, and the Bell AH-1 Cobra. Rides in these helicopters will be available following the presentation. A ride in the Huey is $60, and a ride in the Cobra is $275, which helps cover operating costs and will benefit the non-profit AAHF organization. 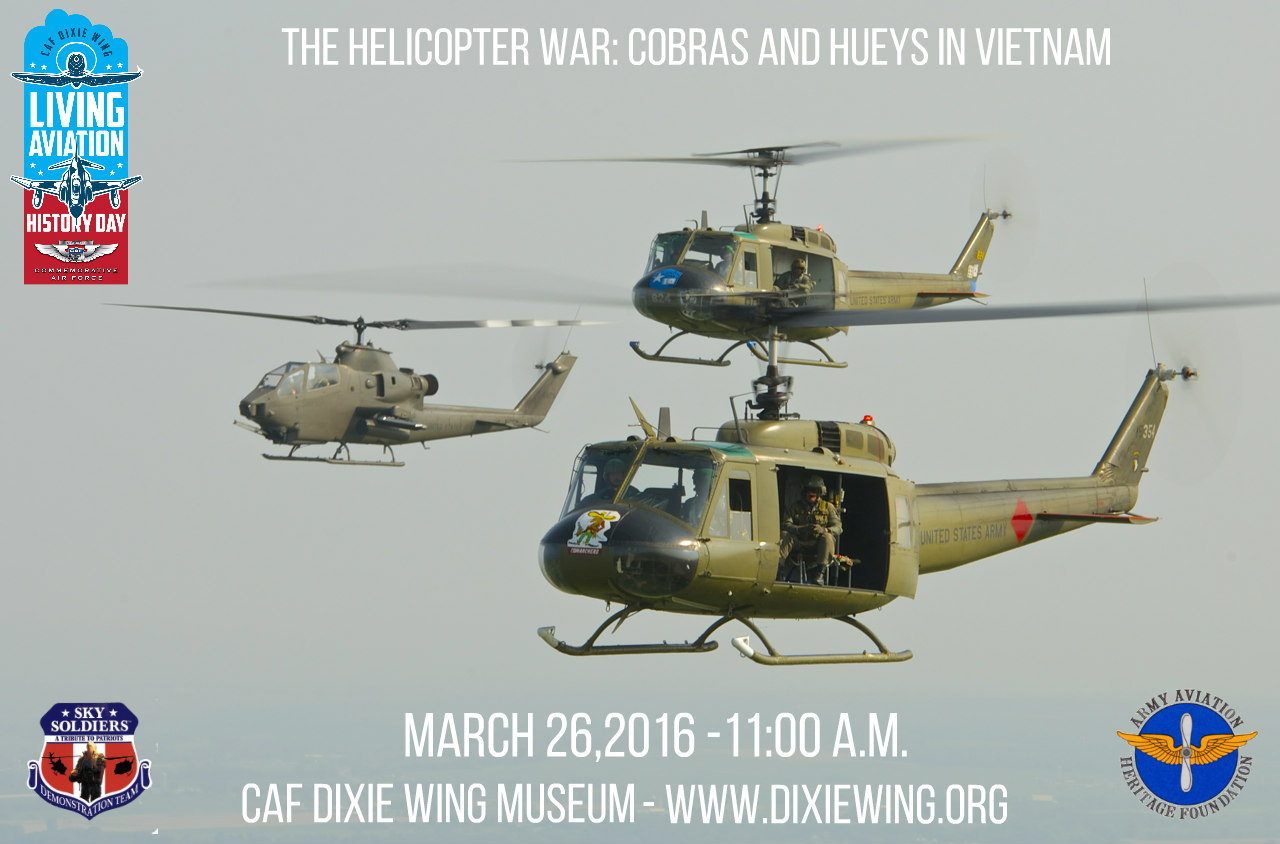 About Commemorative Air Force Dixie Wing
The Commemorative Air Force is a non-profit organization dedicated to flying and restoring World War II aircraft.  Based in Midland, Texas, the organization has more than 13,000 members and operates a fleet of more than 162 World War II aircraft.  The Dixie Wing was approved as the 83rd CAF unit on Feb.28, 1987, and has since displayed its collection of vintage World War II aircraft in numerous air shows throughout the Southeast. The wing is a non-profit, tax-exempt “flying museum” that depends on contributions of time and funds to carry out its mission. www.dixiewing.org