Jeremy Cox, Founder, and Owner of JetValues-Jeremy, a professional aircraft appraisals company, has spent more than 20 years appraising aircraft. He filed his first appraisal report in 1999, and in the years that ensued, has appraised a vast array of aircraft makes models, and types.

Jeremy received his initial accreditation as an appraiser in September of 2014 while working for a leading pre-owned business aircraft brokerage firm, having joined the National Aircraft Appraiser’s Association and spending a week in classroom-based training. In 2018 and 2019, he was accepted into the American Society of Appraisers (ASA) Aircraft Valuation Program, and in 2019 he started JetValues-Jeremy LLC.

His line of work exposes him to just about all aspects of aviation and aerospace – and not all of it confined within Earth’s atmosphere. Last year Jeremy won the contract to appraise a spacecraft, traveling to Cape Canaveral to perform an on-site inspection. 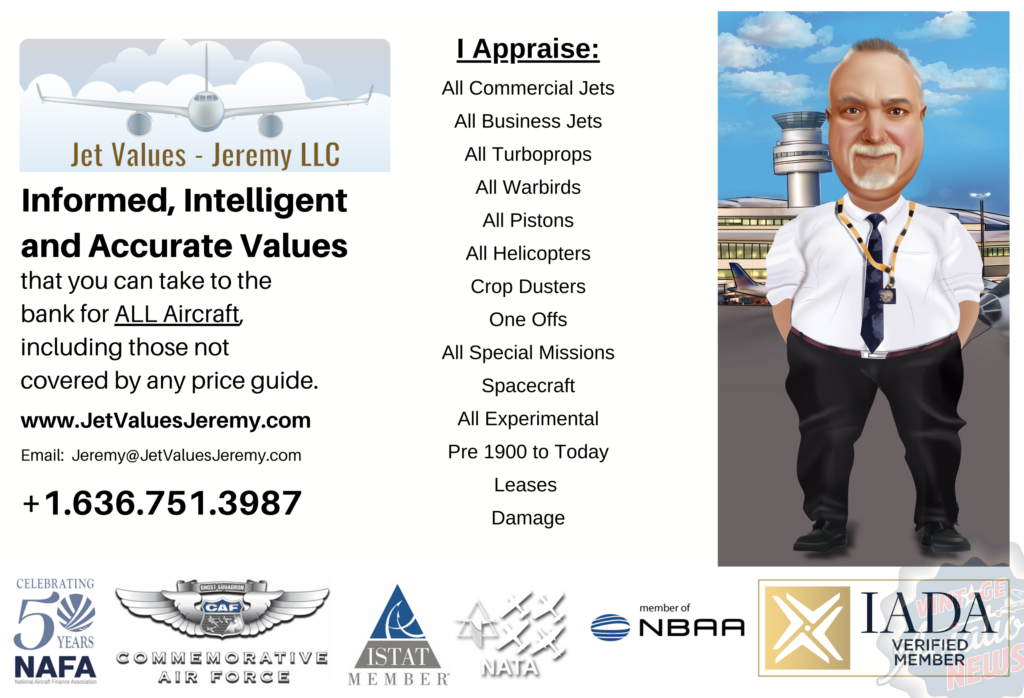