The team at GossHawk Unlimited has been involved in all aspects concerning the restoration and maintenance of aircraft. From original World War I airplanes and replicas, through the gamut of World War II warbirds and Vietnam-era aircraft, they do it all. Their extensive experience includes both American and foreign aircraft designs and ranges from older wood and cloth constructed airframes to more modern jet-based aircraft. 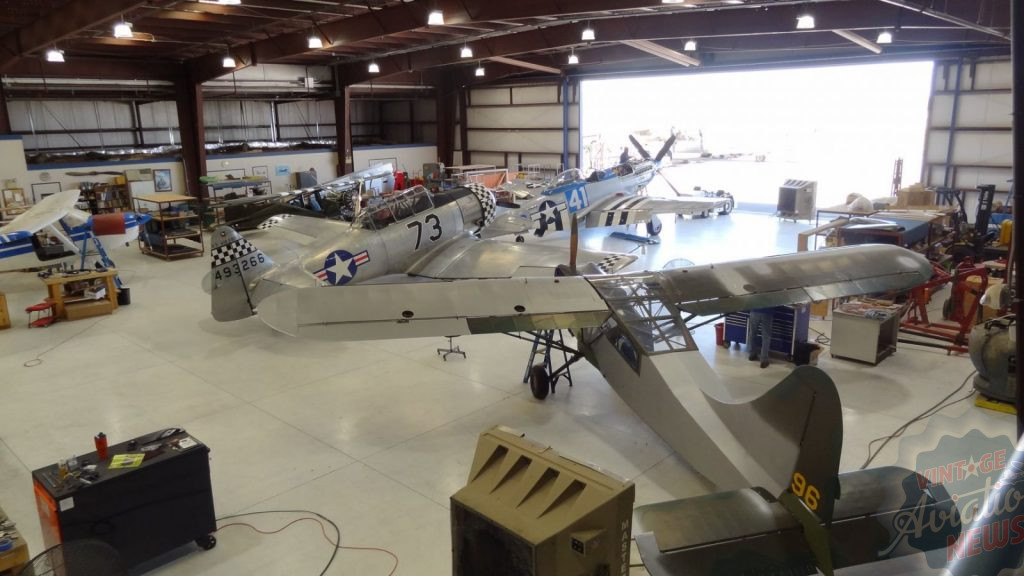 GossHawk Unlimited is located at the Casa Grande Airport, the new facility was built in 2005. In phase 1 of the building, the hangar was 13,240 square feet with the hangar doors 20 feet tall and 100 feet wide; it was built to accommodate a B-17 project. In 2008 they decided to expand the hangar, taking it to 22,890 square feet. In addition to the large hangar, they also have their own fenced ramp which is 30,000 square feet.

Dave Goss’s knowledge and attention to detail in the restoration of vintage aircraft is second to none, and has earned him a reputation as a leader in the aircraft restoration industry. The GossHawk Unlimited team has over 200 years of combined aviation experience. 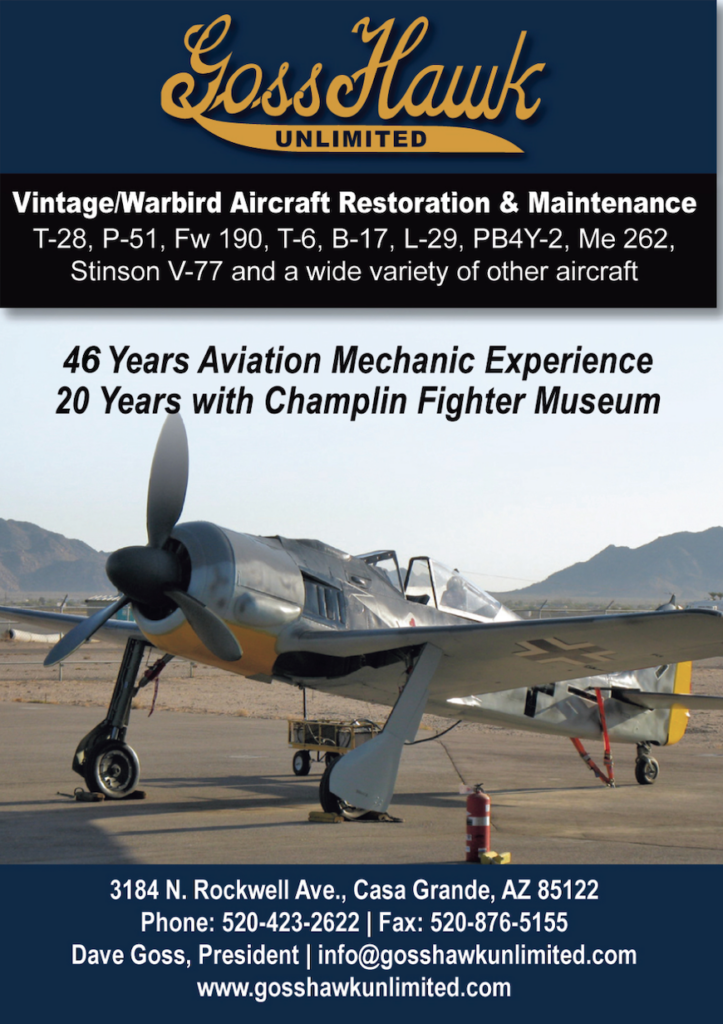