Walt Disney’s Grumman Gulfstream I plane will journey from Disney D23 Expo 2022 in Anaheim to Palm Springs, California where it will be celebrated in mid-October when it is displayed alongside the Palm Springs Air Museum collection. In addition, a new exhibit will be constructed at the Museum and open on Walt Disney’s birthday, December 5, 2022. This new exhibit will highlight the history of the plane—also known affectionately as “The Mouse”— and showcase its significance to The Walt Disney Company’s history and its relevance to the Palm Springs Area. “We are so happy to have Walt’s plane make a ‘landing’ at the Palm Springs Air Museum, just a few miles from where Walt and his family had vacation homes at Smoke Tree Ranch,” said Walt Disney Archives director Rebecca Cline of the plane, which will be on long-term loan to the Museum. “It is the ideal setting for this incredible icon.”

The newly repainted plane with updated wing edges and windows will be on view along with rarely exhibited items from the aircraft’s interior, including a customized instrument panel originally located near Walt’s favorite onboard seat that allowed him to monitor flight conditions; a telephone handset that gave Walt a direct line of communication to the pilot in the cockpit; a flight bag featuring an image of Mickey Mouse sitting on the tail of the iconic plane; and more. Walt’s plane returned to the West Coast for the first time since October 8, 1992, when the plane landed on World Drive near Orlando, Florida, at the Disney-MGM Studios Theme Park (now Disney’s Hollywood Studios), where it resided as a part of the Studio Backlot Tour until 2014. The recent exterior repaint and finishing work, along with the cross-country move of the aircraft, was made possible thanks to collaboration and support from Walt Disney Imagineering.

In 1963, Walt acquired the iconic Gulfstream that would come to be known as “The Mouse.” The interior of the plane, initially designed with creative input from Walt and his wife, Lillian, seated up to 15 passengers and included a galley kitchen, two restrooms, two couches, a desk, and nods to the mouse who started it all, including matchbooks and stationery adorned with a silhouette of Mickey Mouse. Mickey’s initials were eventually included in the tail number of the plane, too, as N234MM, in 1967. Throughout its 28 years of service to The Walt Disney Company, the plane flew 20,000 hours and transported an estimated 83,000 passengers before it was grounded.

When they visit the Palm Spring Air Museum, guests will have the opportunity to learn about the role this iconic plane has played throughout the company’s history:

• In 1963, Walt, members of his family, and company executives took off on a demonstration Gulfstream aircraft to explore potential locations, including Central Florida, for a proposed development often referred to as “Project X.” After Walt received his own Gulfstream in early 1964, he made several trips to Florida that ultimately laid the foundation to bring the magic of Walt Disney World to life.

• Walt’s plane flew a total of 277,282 miles back and forth between Burbank and New York to oversee preparations before and during the 1964–1965 New York World’s Fair, an event that brought iconic attractions such as “it’s a small world” to an East Coast audience and, later, to Disneyland.

• The plane also took Disneyland to new heights as Walt found inspiration for the look of the Pirates of the Caribbean attraction as he flew over the El Moro fortress in San Juan, Puerto Rico, while conducting research for the now fan favorite.

• “The Mouse” has a star-studded past, having been used for promotional tours for Disneyland as well as for classic movies such as The Jungle Book (1967), as well as making appearances in The Walt Disney Studios films The Computer Wore Tennis Shoes (1969) and Now You See Him, Now You Don’t (1972), both of which starred Disney Legend Kurt Russell, who has ties to the Desert. The aircraft has also transported notable guests including Disney Legends Julie Andrews and Annette Funicello, as well as former U.S. Presidents Jimmy Carter and Ronald Reagan, also frequent visitors to the Palm Springs area.

• Painted blue and white in 1985, Walt’s plane embarked on goodwill tours and character visits to children’s hospitals, adding to the company’s history of giving back to the community

The Palm Springs Air Museum is a living history museum that contains over 75 vintage airframes from the Wright Brothers at Kitty Hawk, across spectrum of Military Aviation, World War II, the Korean War, the Vietnam War, the F-117 Stealth Fighter inside the new Jim Houston Pavilion, to significant civilian aircraft like Clay Lacey’s Lear 24.  Many of the aircraft are airworthy and flown regularly. The planes are housed inside 91,000 square feet of open hangars and on the tarmac at our ten-acre facility. Additional displays and memorabilia are located throughout the hangars. The Museum is open daily from 10 am until 5 PM. Kids 12 and under get in free with paid adult admission. Warbird rides are also available. For more info, visit PalmSpringsAirMuseum.org or call 760-778-6262 during business hours.

About the Walt Disney Archives

For more than 50 years, the Walt Disney Archives has carefully safeguarded the most treasured items from The Walt Disney Company’s history, including original scripts, movie props and costumes, Walt Disney’s correspondence and script notes, theme park artifacts, merchandise, millions of archival photographs, and many of Walt’s personal effects. Founded by Disney Legend Dave Smith in 1970, the Walt Disney Archives is a vital resource for every part of Disney, as well as an important research center for Disney scholars, researchers, and writers. The Archives also shares its countless pieces with Disney fans everywhere through its exhibitions and close association with D23: The Official Disney Fan Club. 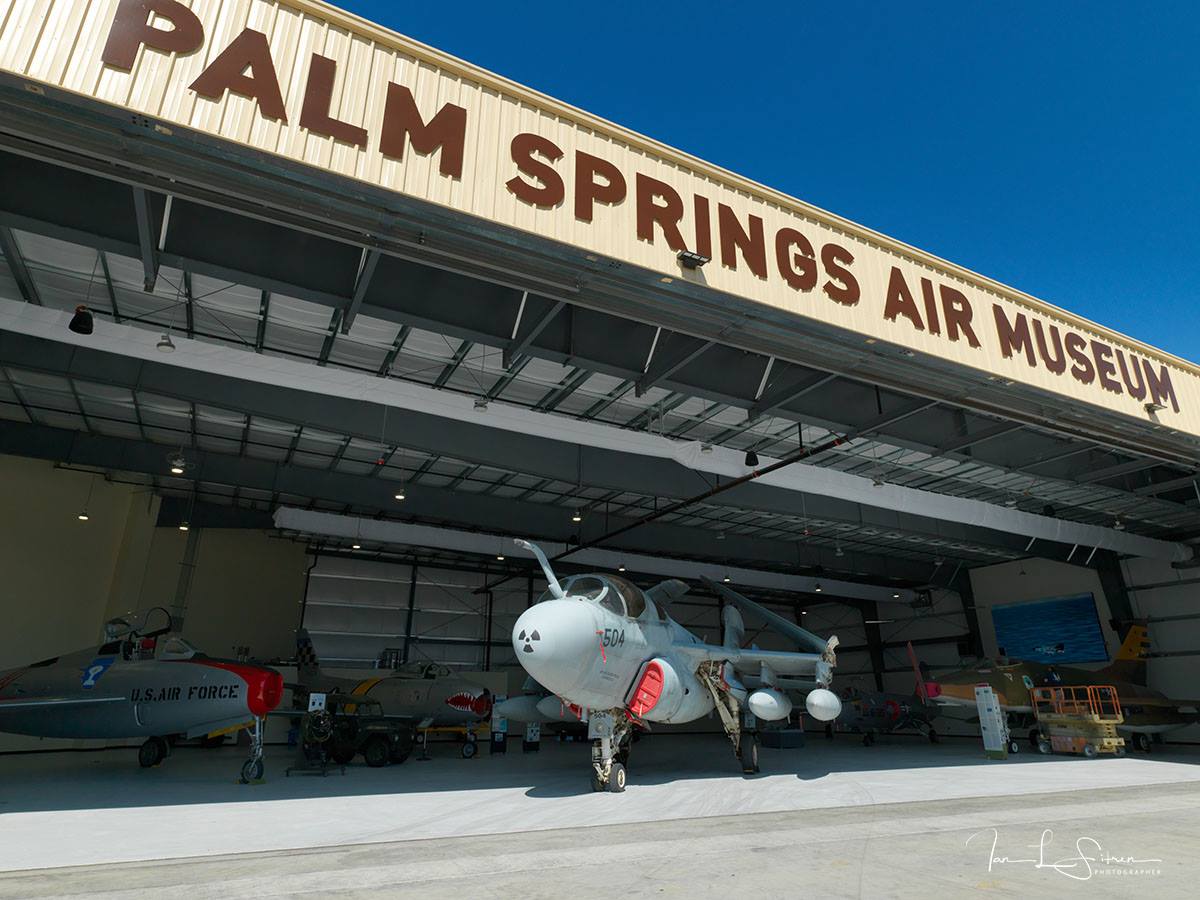