As our long time readers will remember, in recent years we have featured a couple of articles by our regular Australian correspondent, Phil Buckley, concerning the restoration to flying condition of a rare Scottish Aviation Twin Pioneer in Australia. This twin-engined, tai-tailed, high wing Short Take-Off and Landing (STOL) cargo aircraft design, dating from the late 1950s, gained a reputation for its rugged performance from improvised airfields, in both military and civilian service, and while the type did not see large-scale production, it did enjoy a successful, if ad hoc career. There are now just a handful or so of surviving airframes, with just one now capable of flight, this being VH-SYS in Australia. Owned for many years by Richard Thompson in Wedderburn, New South Wales, VH-SYS recently made the move to a new home, the details of which Phil Buckley will now describe for us here… 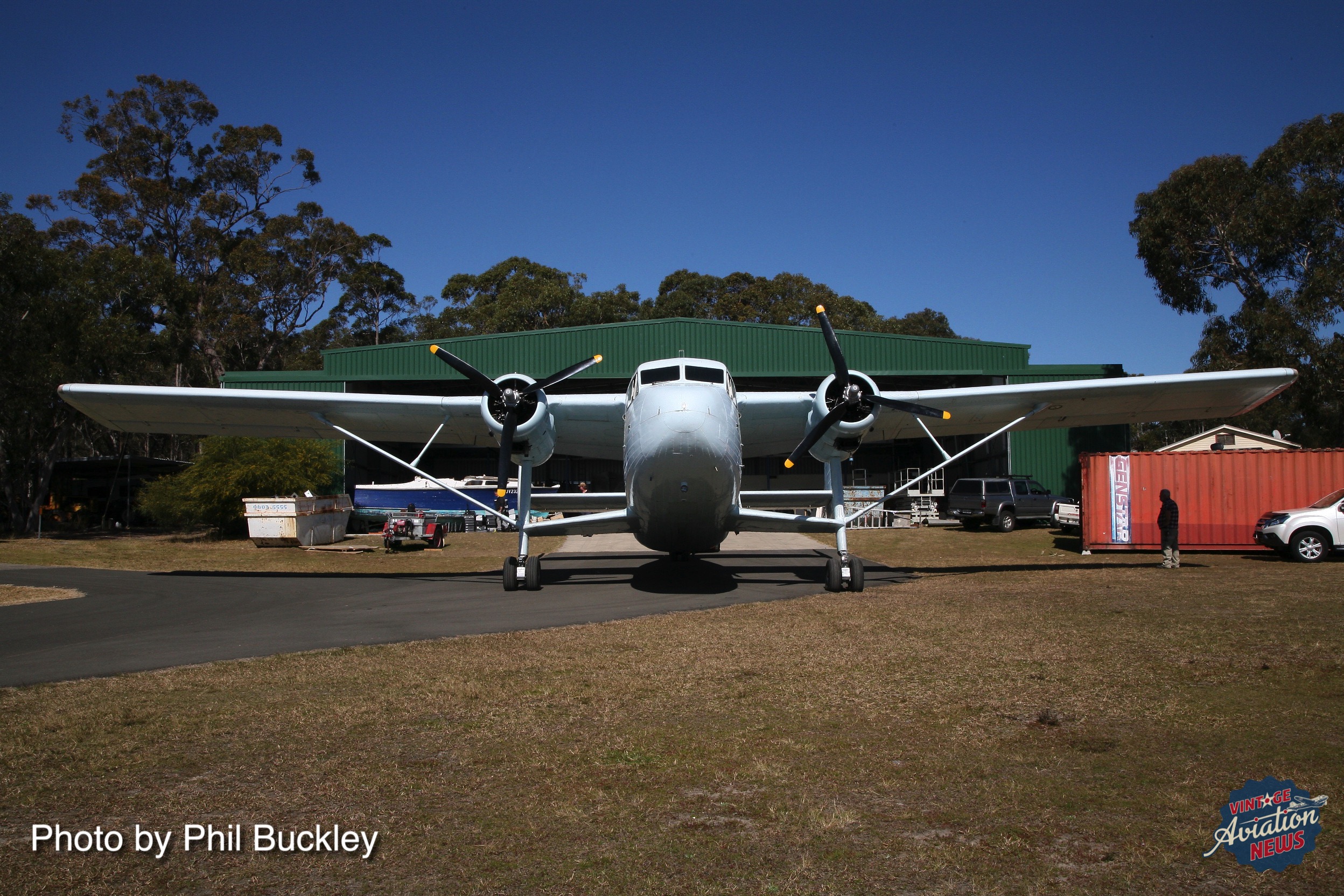 This summer, Richard Thompson donated his beloved Twin Pioneer, VH-SYS, to the Historical Aircraft Restoration Society (HARS) at Shellharbour Regional Airport in Albion Park, New South Wales. On July 30th, the Twin Pioneer left Wedderburn Aerodrome for the short flight south to Albion Park, ending an association with her long-time home, not mention the many  people who had cared for her over the years, including the late Sy Allsep, who had saved the aircraft from almost certain scrapping in 2007.

Designed as a STOL aircraft in the 1950s and built by Scottish Aviation Ltd., this ‘Twin Pin’ rolled off the company’s assembly line in Prestwick, Scotland during 1962. With construction number 586, she was the penultimate example from a production run of 87 airframes. The Royal Malaysian Air Force (RMAF) took delivery of this aircraft as FM1066 on May 28th, 1962. FM1066 served the RMAF until her sale to a civilian operator in 1972.

An Australian company named Aerial Agriculture acquired FM1066 along with three other RMAF examples: FM1061, FM1070, and FM1071. The company ferried the Twin Pins from Malaysia to Bankstown Airport near Sydney, New South Wales during mid-1973. They were briefly listed on the Malaysian civil registry for this movement as 9M-ART (our subject aircraft), 9M-ARU (ex-FM1061), 9M-ASB (ex-FM1070) and 9M-ARS (ex-FM1071). The transports sat in open storage at Bankstown for a few months while Aerial Agriculture decided what to do with them. In the meantime, the company reserved registrations with Australia’s Civil Aviation Safety Authority (CASA) for all four airframes, with VH-EVA saved for FM1071, VH-EVB for FM1066, VH-EVC for FM1061 and VH-EVD for FM1070.

VH-EVA was the first of Aerial Agriculture’s Twin Pioneers out of overhaul. She received her airworthiness certificate on May 1st, 1975, and left for an overseas customer in the USA as N48207 the following month. There was then a long pause before the next airframe underwent rebuild. It wasn’t until January 7th, 1982 that VH-EVB received her flight certificate. She has been in and out of airworthiness several times, with several different owners, over the past four decades until her retirement for major maintenance at Wedderburn with Sy Allsep in 2011. Aerial Agriculture’s remaining Twin Pioneers, VH-EVC and -EVD, never flew again sadly. A violent storm swept through Bankstown in the 1980s, damaging the two airframes beyond economic repair. Amazingly though, VH-EVC still survives at Bankstown with the Australian Aviation Museum, while significant chunks of VH-EVD remained in storage at Wedderburn as a spares source for -EVB.

When her previous owner, Sy Allsep died in 2015, his friend Richard Thompson acquired the airframe, and together with other volunteers, they worked hard to restore the aircraft to flying condition, now registered as VH-SYS in honor of Allsep’s memory. They made a successful first flight on November 25th, 2017 and have maintained the ‘Twin Pin’ in airworthy trim ever since, with the most recent flight being the journey to her new home with HARS.

As most readers will know, HARS is one of Australia’s most important aviation museums, with a significant fleet of historic airframes, many of them in airworthy condition. August has been a busy month for the organization with the preparation of three new aircraft for display: a MiG-15, MiG-17 and of course, the Twin Pioneer. The Soviet-era fighter jets both served with the Polish Air Force, and are being reassembled to go on display adjacent to a MiG-21. August also saw HARS’ Lockheed Constellation perform a test flight for crew training operations. The museum is now the only organization in the world presently flying a Connie, although there are several other examples which may fly again before too long.

Many thanks to Phil Buckley for his latest report. We look forwards to more news in the future!