When Walt Disney received the request to use the Disney studio lot in Burbank, California as an Army anti-aircraft base after the bombing of Pearl Harbor in 1941, he and his staff pledged to support the war effort without hesitation—and without profit. This original exhibition illustrates how The Walt Disney Studios devoted over 90% of its wartime output to producing training, propaganda, entertainment and public-service films, publicity and print campaigns, and over 1,200 insignia. The studio also deployed a group of talented artists, including Walt Disney himself, to Latin America on a Goodwill Tour.

Based on our research, it is believed that the first military outfit to adopt a Walt Disney character as a mascot was Naval Air Station Atlanta. The document below shows just that. Donald Duck was created in 1934, on September 3, 1941, he became the official mascot of NARB Atlanta. The symbol of the base appeared in buildings, aircraft, and even in the station’s magazine “Wing Tips.” In 1942, Walt Disney himself wrote to the editor of the magazine a note that read, “Donald and I are awfully proud of this chance to say “hello” to our good friends, the Wint Tips readers.” In 1959 NAS Atlanta moved to Dobbins AFB and Donald returned to civilian life. At 11:00 am today I will be giving a tour of PDK’s NAS ATLANTA buildings to the Atlanta Preservation Center’s members. If interested meet me in the airport’s lobby.

A new insignia was designed exclusively for The Museum of Flight’s display of the exhibition by Mike Gabriel and The Museum of Flight. It features Donald Duck dressed as a pilot holding onto the wings of a B-17 while soaring over the Pacific Northwest. B-17 Flying Fortresses were built at The Boeing Company plant in Seattle, Washington. 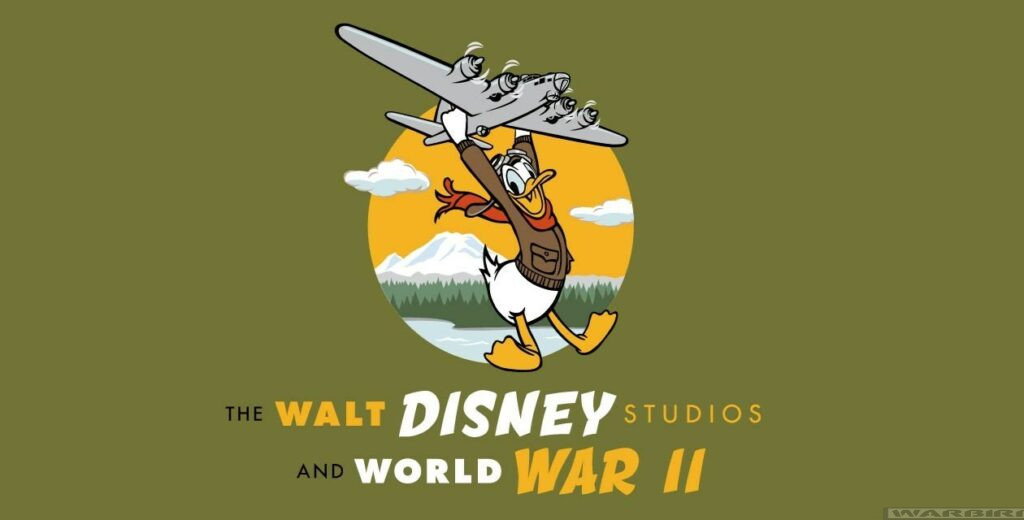