We are proud to have the Military Aviation Museum as a sponsor here at Vintage Aviation News. This magical museum in Pungo, Virginia – powered by its founders, staff and many dedicated volunteers – has played a major role in keeping aviation history alive in North America and beyond for the past two decades. Indeed, the organization has enabled the resurrection of many rare aircraft types in that time, some of them long absent from the skies when first they reflew. As the museum prepares for a bright (and permanent) future, we thought readers might like to learn a little more about how this vibrant organization got started*…

Visitors to the Military Aviation Museum often wonder where their marvelous airplanes have come from. The heart of the collection was formed and created by Gerald and Elaine Yagen, longtime residents of Virginia Beach and the founders of Tidewater Tech, now Centura College, and the Aviation Institute of Maintenance schools. Gerald Yagen had long been a general aviation pilot, but all of this flight experience had been in civilian types, most often in his corporate, twin-engined Piper Aerostar. 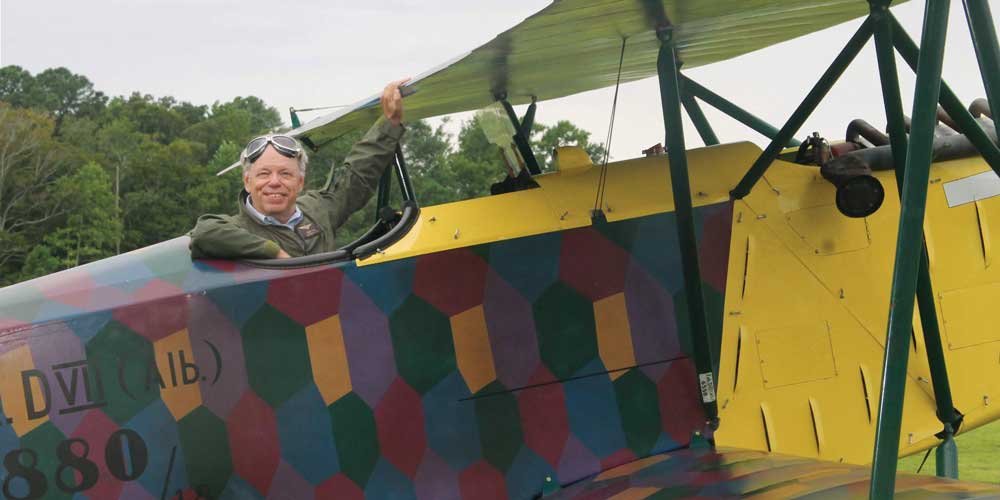 In the fall of 1994, the Yagens traveled to Canada to attend the annual convention for fellow Aerostar aircraft owners. As part of this convention, a dinner-dance took place one evening, held against a backdrop of many historic, former military aircraft in the Canadian Warplane Heritage Museum’s hangar at Mount Hope, near Hamilton, Ontario. Convention participants had been asked to dress up for the party in WWII-period, so Jerry found an appropriate U.S. Army Air Force’s uniform and came with his wife as a wartime couple. It was here – that evening – that Jerry decided he might really enjoy owning even just one of these historic aircraft types  surrounding him to fly on weekends back home in Virginia Beach.

He was soon searching for a World War II-era aircraft to acquire, but learned quickly that such airplanes were quite difficult to locate and buy in airworthy trim. He therefore chose to find a project aircraft which he could then have restored to flying condition, settling upon the wrecked remains of a Curtiss P-40E Warhawk recovered from above the Arctic Circle in Russia. This aircraft, originally supplied by the Roosevelt administration’s Lend-Lease Program, had served in the Soviet Air Force during WWII. 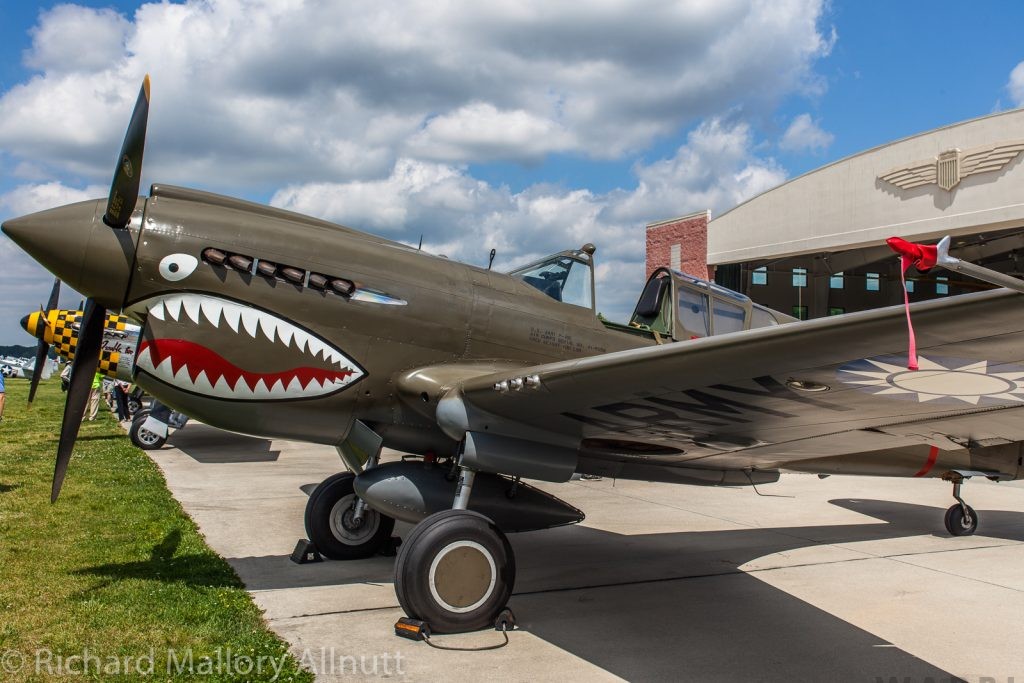 Curtiss built these Lend-Lease P-40s at their plant in Buffalo, New York. The fighters then made the journey by sea to the Middle East. They were reassembled in Persia (present day Iran) and then Soviet pilots would fly them to the eastern front, and combat with their Luftwaffe counterparts. Yagen’s newly-acquired P-40 had been shot down while protecting the far northern seaport of Murmansk. When the Soviet Union dissolved in 1991, several hardy entrepreneurs managed to gain access to previously forbidden ground, and were able to discover, recover and export some of the long-abandoned WWII aircraft wrecks from where they had lain for the previous half century. A Swiss watch manufacturer had managed to recover several such aircraft and sold them to a restorer in a small town in Kansas. Gerald Yagen was able to strike a deal for one of the P-40s, and had it moved to Norfolk, Virginia to begin the restoration.

At about the same time, Yagen discovered the availability of a second available project aircraft, Vought F4U-1D Corsair BuNo.82460, in his own hometown. He had heard rumors about this Corsair being stored in a backyard in the Bay Island neighborhood of northern Virginia Beach and went to investigate. While disassembled, most of the airframe was there, albeit with one wing sawn off near the fuselage root. It had previously been on display at the War Memorial Museum in Newport News, who had obtained it from a local VFW Post. This rare, historic aircraft had actually flown in combat with VF-10 from aboard USS Intrepid during the Battle of Okinawa in early 1945. 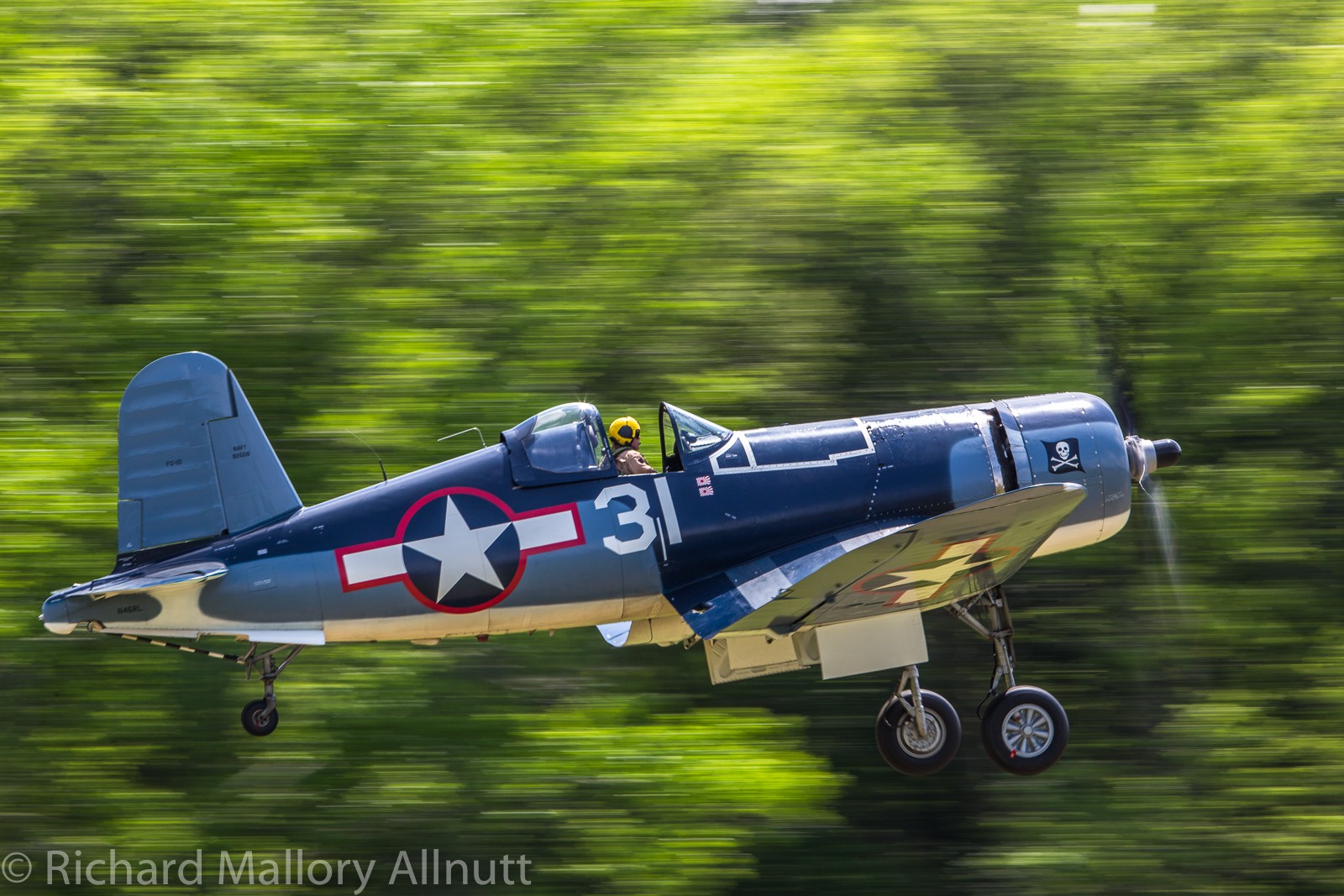 Yagen decided to restore the Curtiss P-40 first, gathering a small team of technicians to do the work at a warehouse near Norfolk airport. They built jigs and began the fuselage disassembly process, while Yagen searched all over the world for the numerous rare parts and components necessary to rebuild such an airframe; this was no easy task!

On one of these exploratory trips, this time to New Zealand, Yagen learned about a local company, Pioneer Aero, near Auckland which was near the conclusion of their own P-40 restoration, actually a former Royal Australian Air Force example, (P-40N/Kittyhawk Mk.IV A29-448). They had already built assembly jigs and fabricated some of the near-unobtainable parts necessary to complete their project. Since this group was already so far down the road with their restoration, and had well established type-specific skills and expertise, Yagen decided to transport his partially completed P-40 project to New Zealand, since Pioneer could complete its restoration at a much faster pace. It was a sound decision, as the airplane performed its first test flight within two years of its arrival in New Zealand; indeed its first air show performance took place at Omaka on New Zealand’s South Island. Yagen had the P-40 completed in the markings worn by a Kittyhawk which the legendary ‘Tex’ Hill flew while serving in China with the American Volunteer Group, better known as the Flying Tigers.

Meanwhile, Yagen began looking for a suitable trainer with which he could gain familiarity for operating tailwheel airplanes; while he had thousands of flight hours in conventional aircraft types, Yagen had none in ‘taildraggers’. The ideal aircraft to gain this experience was, of course, a Boeing Kaydet, frequently referred to as a ‘Stearman’ due to the biplane’s original designer. He heard of a nice, freshly restored example for sale in Texas and purchased it over the phone, contracting a pilot to fly it to Virginia during the winter of 1997. While the ‘Stearman’ was a good aircraft to learn the basics of tailwheel operations, of course, Yagen would need something more advanced to prepare him for the speed and complexity of a World War II fighter. The obvious choice was then to acquire a North American Texan, as this was precisely the kind of aircraft which the U.S. Army Air Forces and U.S. Navy prepared their future fighter pilots for similar needs during WWII.

At this time, South Africa had finally thrown off the shackles of apartheid. With Nelson Mandela as the nation’s new leader, the world’s South African arms embargo could finally be lifted. This allowed the South African Air Force to acquire new training types and finally relinquish the fleet of North American Harvards which had soldiered on for so long in the role. All of these Harvards (a variant of the Texan) came on the market at the same time, which depressed the type’s acquisition cost for a while. Yagen selected a particularly low-time example with a recent engine overhaul, a former U.S. Navy SNJ-2 variant (BuNo.2011). Interestingly, it had never served as a trainer, but rather as a utility aircraft with American forces in Alaska’s Aleutian Archipelago during the period when Japanese forces had invaded some of the islands. Subsequent to his acquisition, Yagen had this airplane repainted in its original dark navy blue livery, a choice based upon photographic evidence found in an Alaska museum which depicted the SNJ during its wartime operations at Dutch Harbor.

With these two trainers now on hand, Yagen could prepare for his future flying the P-40 then under restoration in New Zealand. But even at that time, no one could have guessed what these tentative first steps would blossom into, and how the Yagen’s collection would grow into one of the world’s largest and finest collections of historic aircraft. Today, many of these rare flying machines are on display and operate from the Military Aviation Museum’s magnificent facility in Pungo, Virginia, it’s grass runway and period buildings presenting a unique atmosphere unlike almost anywhere else on earth. In addition to those on view in Pungo, there are numerous other project airframes either under active restoration or in storage for future rebuild at various locations around the world. The museum is a marvelous organization for preserving and presenting our aviation history, and plans are in the works for this to continue for many generations to come!

*Adapted (heavily) from text supplied by the Military Aviation Museum