Preparations are underway to bring the Strategic Air Command & Aerospace Museum’s AVRO VULCAN into the restoration to begin work. The Vulcan was Britain’s largest operational combat aircraft and was designed for strike and strategic reconnaissance roles. It became a familiar sight at SAC bases by participating in weapons tests and SAC bombing competitions. The Vulcan also carried out alert exercises and training operations with SAC as part of NATO and Western Hemisphere defense.

The museum’s AVRO Vulcan (S/N XM573) was the 101st aircraft produced, it was delivered to the Royal Air Force Bomber Command in March 1963. It was presented to the Strategic Air & Space Museum as a token of cooperation between the Royal Air Force and the Strategic Air Command and made its last flight into Offutt AFB, Nebraska in June 1982. This Vulcan is one of three Vulcans on display in the United States.

To support the museum and its restoration efforts, visit  https://www.sacmuseum.org/join-give/donate/

The Strategic Air Command (SAC) & Aerospace Museum, located between Lincoln and Omaha near Interstate 80, utilizes over 300,000 square feet of exhibit, education, and event space to educate, inspire, and entertain its guests who come from Nebraska, across the country, and around the world. The museum first opened in 1959 with the mission to commemorate the aircraft of the Strategic Air Command. The museum became well-known by allowing the public to visit an impressive array of aircraft that helped SAC preserve the peace during the Cold War.

In a natural extension of the Omaha community’s civic pride and longstanding support for Offutt Air Force Base, community leaders began a campaign to develop a new state-of-the-art facility that would not only house SAC aircraft and artifacts, but also provide a venue for the restoration of aircraft, preservation, and display of historical artifacts, and the education of future generations in the areas of history, technology, and science. The museum moved to its current location in 1998 upon completion of an impressive new indoor facility.

The museum has recently embarked on a multi-faceted effort to make full and best use of its facility. In recognition and appreciation of its heritage as the keeper of the Strategic Air Command’s history, the museum is exploring ways to better display its SAC artifacts and more effectively tell the story of SAC’s efforts to preserve the peace during the Cold War. Few museums are as well-positioned to tell the story about this critical time in America’s history. 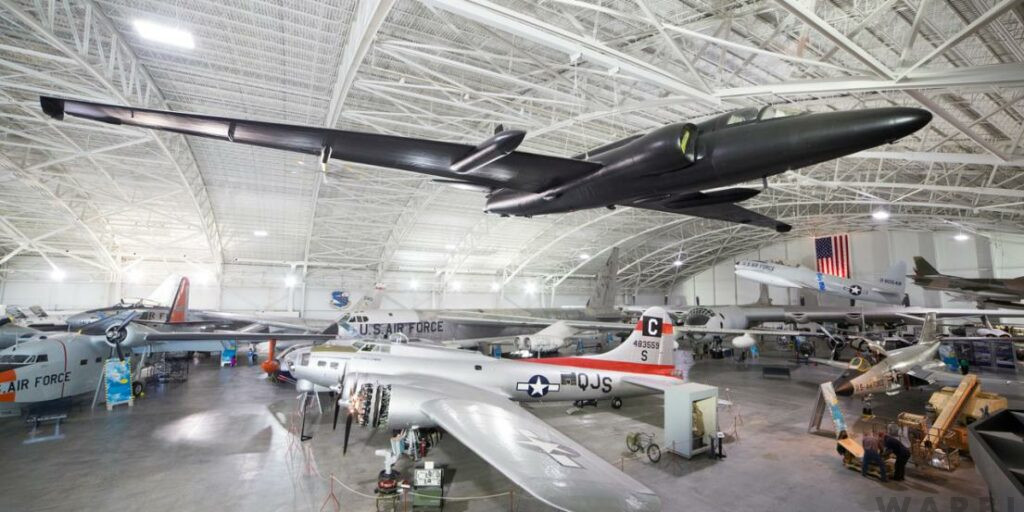 However, the SAC story is about far more than the conflict that simmered between the US and the Soviet Union between the end of World War II and the dissolution of the Soviet regime. The SAC story is also about scientific exploration, technological innovation, and a genuine commitment to Americans’ rigorous education and training to preserve our nation’s security and enhance its prosperity. In this regard, the museum is recommitting itself to building on the significant scientific and technological contributions of those Americans who served in SAC or supported its mission. As part of this commitment to education, the museum has recently established a partnership with the University of Nebraska at Omaha’s Office of STEM (Science, Technology, Engineering, and Mathematics) Education to provide cutting-edge educational opportunities for students, teachers, families, and adult learners. Temporary exhibits, permanent exhibits, and a variety of special events will provide additional unique experiences for the museum’s members and visitors.

The SAC Aerospace Museum is a registered 501(c)(3) non-profit organization. The museum does not receive direct government funding and relies on the generosity of civic-minded individuals and corporations to support its programs. For more information about the museum, visit www.sacmuseum.org