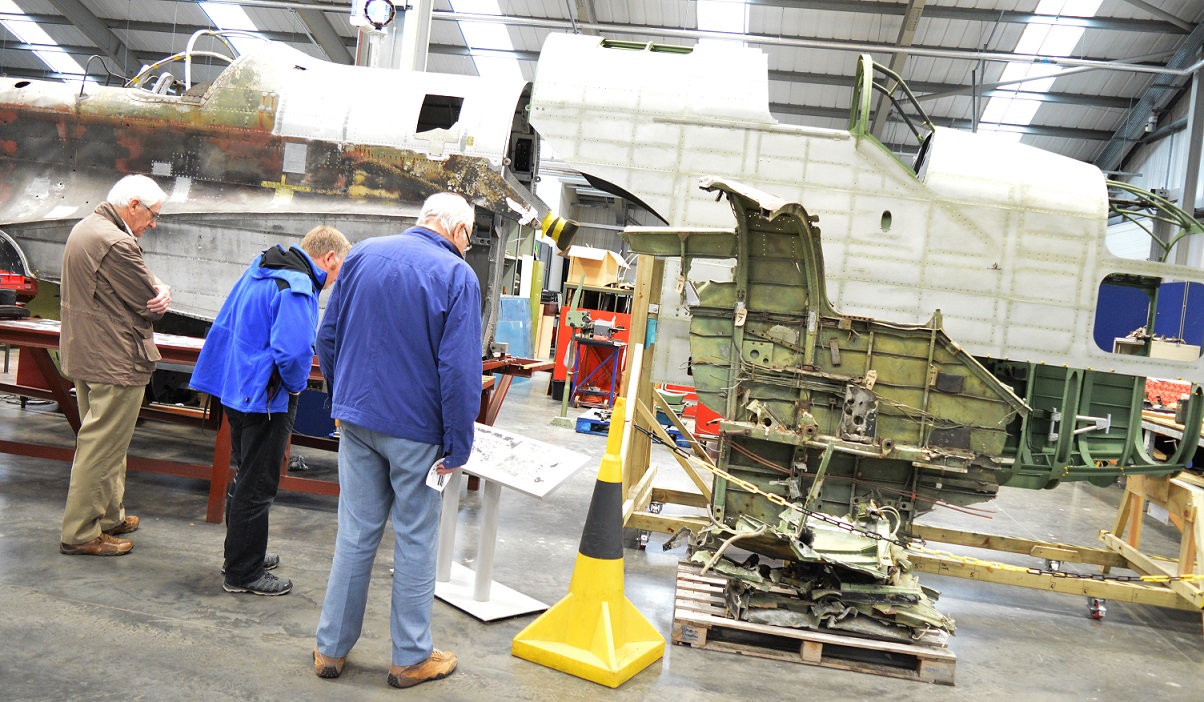 A rare example of a Handley Page Hampden being restored at the Royal Air Force Museum Cosford will be one of the highlights at the Conservation Centre Open Week taking place on 13-18 November 2018.

The Handley Page Hampden’s forward and rear fuselage sections will be placed in line for aviation fans to view during the behind the scenes week.  Since it was last viewed by the public almost 12 months ago, the forward fuselage and cockpit section has been completed, manufactured entirely from scratch by one of the Museum Technicians, using pre-production drawings.  The new section also includes some original components from the P1344 Hampden and aviation fans will be able to get up close to view the progress during the forthcoming Open Week. Work is continuing on the aircraft fuselage section and it is hoped that work will be completed sometime in 2018. Once complete, the aircraft at Cosford will be one of only two examples and one nose section in existence from a total of 1,430 built. 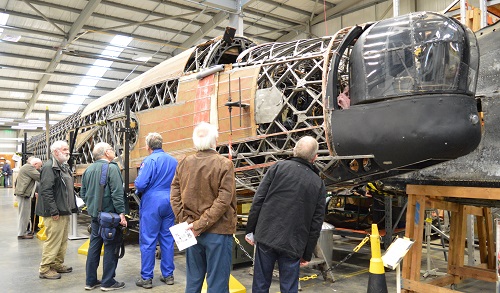 Other aviation treasures on show to visitors will include the Vickers Wellington, one of only two complete examples anywhere in the world, out of 11,461 built.  This popular aircraft is a favourite with aviation fans and has undergone work to treat small amounts of corrosion to its famous geodetic framework, both wings and fuselage, since its arrival at Cosford in June 2010.  Now free of corrosion, both wings have been painted in a protective layer and one has already been re-covered in Irish linen, doped and painted in its Bomber Command Night colour scheme. Work is now underway to repeat the process on the aircrafts second wing and eventually the fuselage.

The Westland Lysander III, the only surviving Special Duties variant of this aircraft (which were used to ferry allied agents in and out of enemy occupied Europe).  The aircraft which has undergone an in depth inspection and condition assessment over the last six months will also be on display to visitors.  This project is being run by the Museums team of Volunteers and work over the next few years will include replacing its fragile linen outer skin. 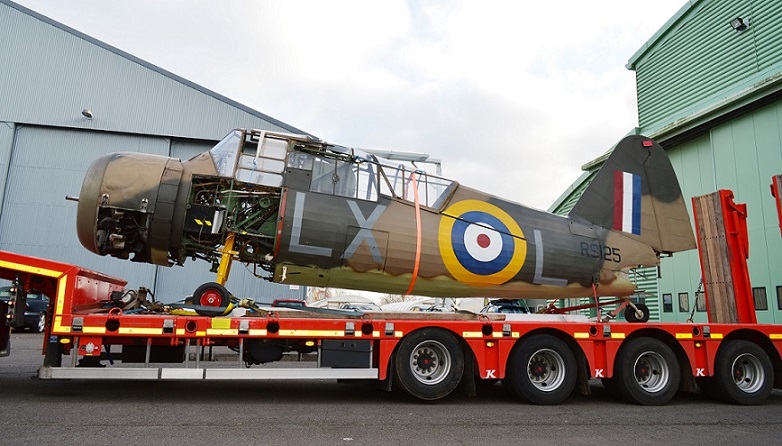 Another aircraft spending a short period of time in the Conservation Centre is the Hawker Siddeley Gnat T1 – the first aircraft used by the RAF Red Arrows, superseded by the current aircraft, the Hawk in 1979.  The aircraft was previously on public display at Cosford and is destined to move to the Museum’s London site before the end of the year.  The Open Week in November is a last chance for Red Arrow fans to see the aircraft in the West Midlands.  As the aircraft is being prepared for transportation by road, it is also a chance to see it in a partial stripped condition. 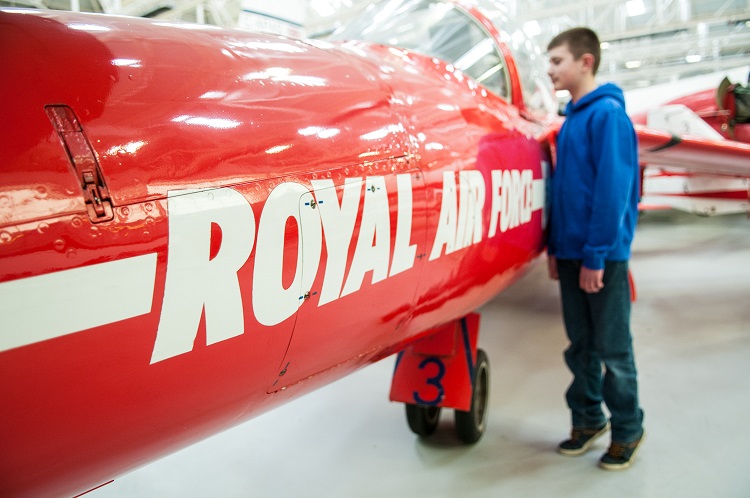 RAF Museum Conservation Centre Manager, Darren Priday said: “It’s that time of the year again when the Conservation Centre opens its doors to the public.  The Open Week has become a firm favourite with the aviation enthusiasts and local people who have been regular attendees over the years.   This year we are highlighting the Westland Lysander, a WW2 aircraft that was used on SOE ops amongst other things.  The aircraft will be in a stripped condition allowing visitors to view the usually closed up areas in detail.  If you want a day out with a difference, why not come along and see what we are doing.”

Visitors will also be able to view the continuing progress on the Range Safety Launch, a project being run by a team of Volunteers, plus see a glimpse of the Dornier Do 17 smaller objects including propellers and engines. The First World War German LVG aircraft will also be on display to visitors along with some more unusual objects including the Skynet satellite and a missile collection, which are both being prepped ready for a move down to the Museum’s London site in preparation for the new centenary plans in 2018.  Museum Technicians, Apprentices and Volunteers will be available throughout the week to speak with visitors about their work and answer any questions they may have.

The Conservation Centre will open from 13-18 November between 10.15am and 1.00pm each day and admission is £5.00 per person (children under 16 are free and must be accompanied by an adult).  The Museum’s other hangars will be open from 10am until 5pm and entry to the Museum is free of charge.  For further information, please visit the Museum’s website www.rafmuseum.org/cosford or call 01902 376200.