In celebration of the Royal Air Force Museum’s 50th Anniversary, five artifacts spanning five decades have been made available for adoption. The new anniversary artifacts have each been chosen by a Curator to tell the story of the Museum and its early years, including two objects with a special Royal connection.

A remarkable piece of footage showing Her Late Majesty Queen Elizabeth II officially opening the Museum is the first of five new artifacts in the adoptable collection. Filmed by one of the Museum’s first curators on November 15, 1972, the footage shows Her Majesty arriving at the Museum, signing the guest book, and unveiling a commemorative plaque. The plaque remains on display at the Museum’s London site to this day and the film of the Royal visit is part of the Museum’s digital collection.

The pen used by Her Majesty to sign the visitor book on the Museum’s opening day is now available for adoption. An ornate silver quill pen had been acquired for the occasion, but hours before the Royal opening a message came from Buckingham Palace advising the Queen did not use quill pens. The Officer in charge of the ceremony quickly found a replacement pen in the Officer Commanding RAF Hendon’s office. This inconspicuous pen, used by Her Majesty on the day was never used again and is kept in the Museum’s reserve collection, at Stafford.

Found in the Museum’s archive collection is a photograph album compiled by RAF personnel showing the last days of RAF Hendon and the beginnings of the RAF Museum London. The photographs capture the station’s role changing, including the removal of the original entrance to RAF Hendon, and a visit from the Duke of Edinburgh, the Museum’s former patron, during the construction phase. This unusual adoption provides an extraordinary photographic account of the landscape changing into what we recognize today and a tantalizing insight into the Museum’s history.

To mark the Museum’s 50th anniversary a new art exhibition ‘To the Stars’ opened in London. Included in this is Cyril Power’s Lino Cut ‘Air Raid’ a visual representation of a dog fight, and of Power’s service in the Royal Flying Corps during the First World War. This adoptable artifact is one of the first artworks acquired by the Museum’s inaugural director, John Tanner, in the mid-70s.

The fifth-anniversary artifact is the Bouton Paul Defiant, the sole surviving example of its type. The aircraft was part of the original displays at the RAF Museum London when it opened in 1972. It has since moved to the Museum’s Midlands site, which is a fitting home for an aircraft manufactured in Wolverhampton. The Defiant was a two-seat turret fighter that operated with mixed fortunes during the Battle of Britain period. It found its niche as a night fighter in the 1940-42 period, as well as extensive use later in the war for air-sea rescue and target tug roles in the UK and the Middle and Far East.

Ella Hewitt, RAF Museum Individual Giving Manager said:  ‘There are so many wonderful objects that could have told the story of the Museum, it was difficult to choose five. The artifacts we selected show a really nice cross-section of our story and the breadth of our collection. We have something from our Archives, an item from our store in Stafford, a digitized piece of film, something from our new art exhibition, and lastly, an aircraft that has been on display at both sites.”

Adoptees will all receive a 50th-anniversary edition digital photo, certificate, online recognition with a personalized message, and exclusive updates throughout the year.

Adopt an Artefact highlights a selection of iconic and unusual objects from the Museum collection which span more than a century of aviation and RAF history. Starting at £25.00, adoptions last 12 months from the date they are adopted. People can browse the items and adopt them online at rafmuseum.org. 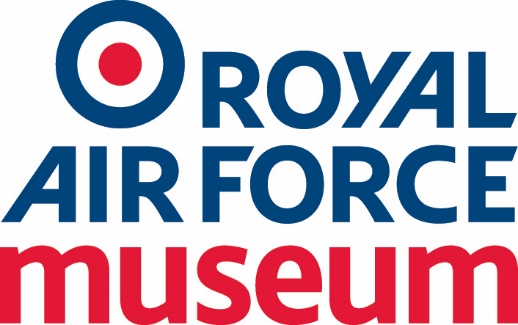