Following the National Air and Space Museum and the Yankee Air Museum each acquiring retired former Blue Angels F/A-18 Hornets in recent weeks, the Pearl Harbor Aviation Museum has had the good fortune to receive their own example. On February 2nd, they too welcomed one of these iconic blue and gold jets into their collection, this being F/A-18C Bu.163768, the former Blue Angel #4. A crew from Hawaii Stevedores unloaded the Hornet from her trans-Pacific container ship, the M/V Jean Anne, at Honolulu Harbor, and then delivered the disassembled aircraft to the museum.

“The Blue Angels are larger than life and have left audiences thunderstruck for 75 years,” said Elissa Lines, Executive Director, Pearl Harbor Aviation Museum. “We are honored to display this Blue Angel F/A-18C, a symbol of strength, discipline, and innovation, within the context of our historic site. It will be a source of inspiration, especially for youth who dream of flight.” 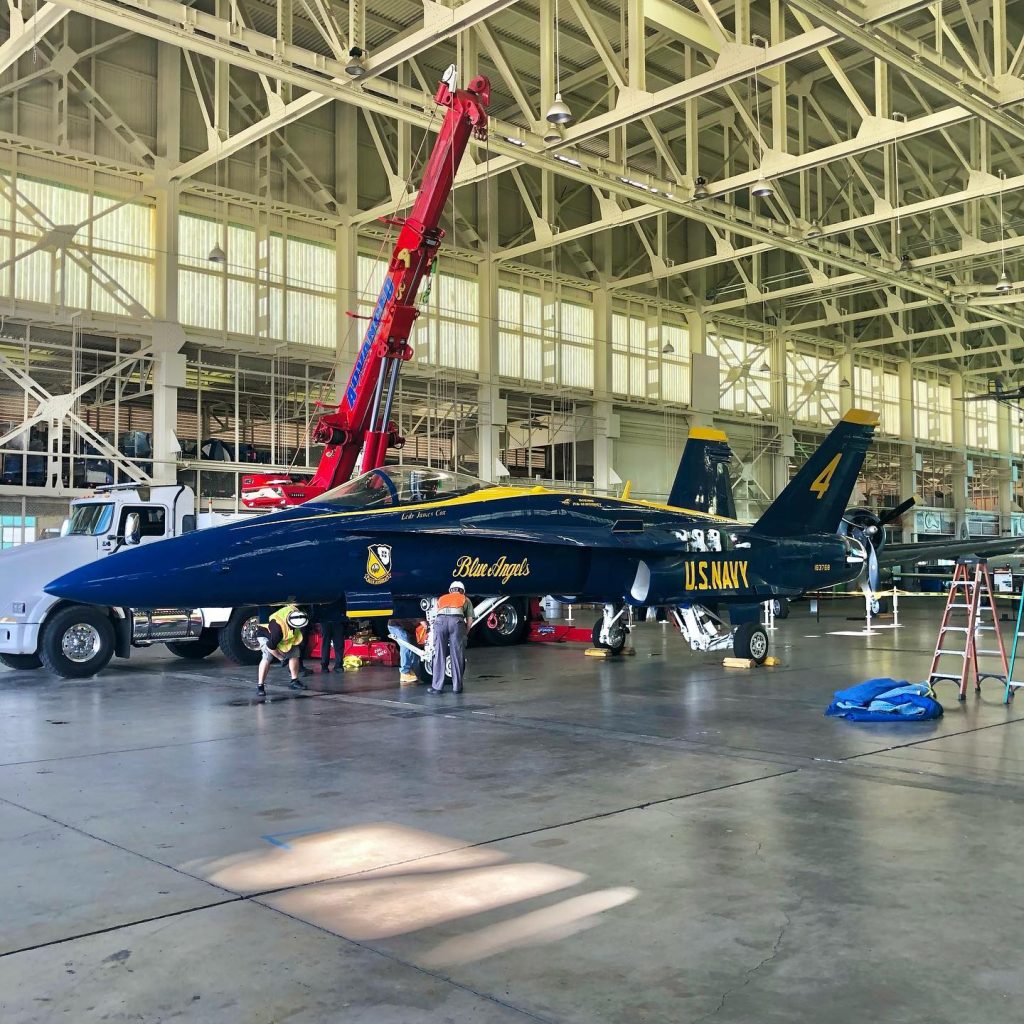 “Transporting Blue Angel #4 on its final voyage to Honolulu was a privilege,” said George Pasha, IV, President and CEO, Pasha Hawaii. “The Blue Angels are one of our nation’s most revered symbols of our military’s greatness and commitment to service. Pasha Hawaii is proud to support the Pearl Harbor Aviation Museum’s mission to share such an important icon with the general public.”

Normally museum artifact deliveries take place after hours, however this time proved the exception. The delivery team off-loaded the Hornet and positioned her inside historic Hangar 79 in full view of the public on February 5th. Furthermore, the public will be able to watch as the Museum restoration team and volunteers reassemble the historic jet, preparing it for Museum display. This should take place between February 10th and 12th, although all dates are tentative and subject to change. 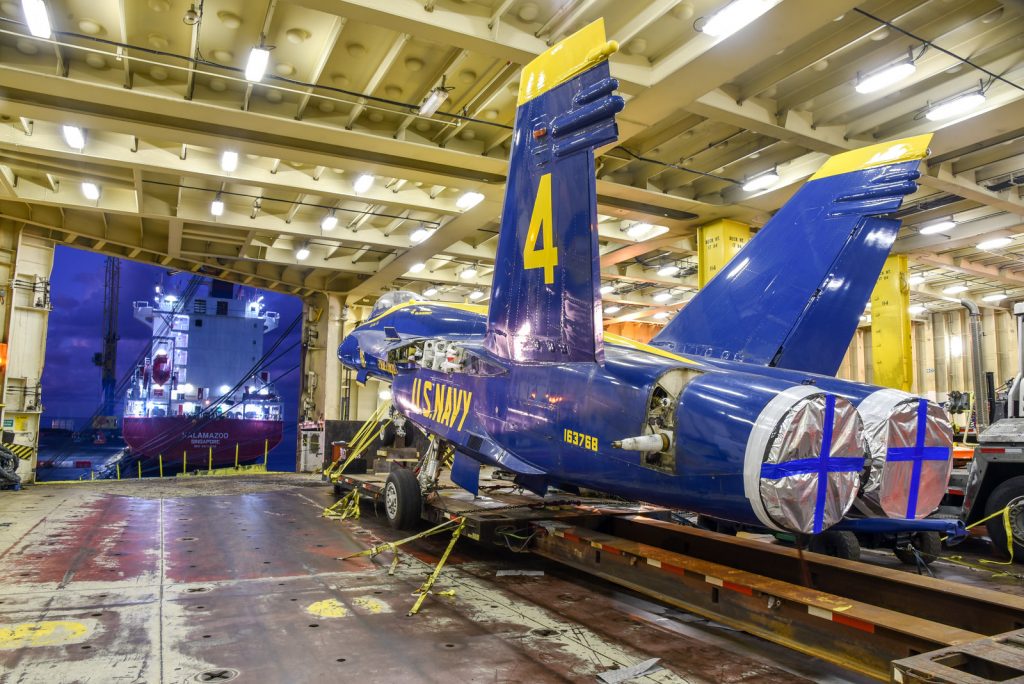 As readers well know, the U.S. Navy Blue Angels retired and demilitarized their legacy F/A-18C Hornets at the end of 2020 and will begin using the F/A-18 E/F Super Hornets in their stead in 2021. While these next generation Hornets look very similar their forebears, they are actually 25% larger, and radically different in almost every other aspect. Interestingly, 2021 marks the Blue Angels 75th anniversary. Admiral Chester Nimitz was responsible for their formation as Chief of Naval Operations and former Commander in Chief of the U.S. Pacific Fleet, headquartered at Pearl Harbor.

Created just after World War II to raise public interest in naval aviation and boost Navy morale, the Blue Angels have thrilled audiences by the million with their precision combat maneuvers, aerobatic flight demonstrations, close-quarters formation flying, and high-speed, low-level passes. The Blue Angels have flown a number of types over the past three quarters of a century, but flew the F/A-18C Hornets longer than any other type, from their debut in 1986 until their final demonstration flight on November 4, 2020.