The Pacific Aviation Museum Pearl Harbor on Ford Island, Hawaii is holding their annual Living History Day on September 22nd between 9:00 am and 4:30 pm. The following press release provides all the details for what will undoubtedly be a fascinating day for families to learn about WWII and aviation history.

Event will feature student-created exhibits, WWII themed games and activities, re-enactors, and much more. In our Museum Theater, we will hold two screenings of the award-winning film “Go For Broke: An Origin Story,” followed by Q&A panels with the cast and crew.

*You must still download your Smithsonian Magazine ticket. Movie Registration does not secure free entry to the Museum.

Also in the theater, we will host a Hangar Talk with portrait photographer Shane Sato, who will discuss his coffee table book, The Go For Broke Spirit: Portraits of Courage. 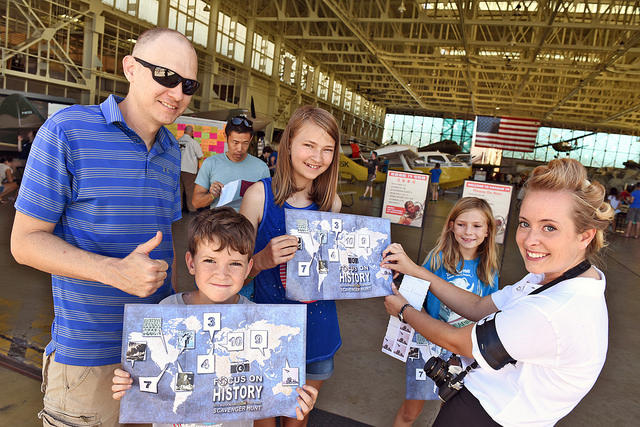 10:00 am ~ 10:45 am – Hangar Talk with Shane Sato
For nearly two decades, Shane Sato has been photographing Japanese American WWII Nisei veterans, featured in his 2017 book, The Go For Broke Spirit: Portraits of Courage. Shane will share stories about his work to document and honor the legacy of the 100th Infantry Battalion/442nd Regimental Combat Team.

10:30 am ~ 11:00 am – Award-Winning national History Day Presentations
View two award-winning National History Day student documentaries highlighting the stories of two groups who are underrepresented in history books. The first, a ten- minute junior division documentary called “The Unsung Heroes of the Pacific: The Military Intelligence Service.” The second, a ten-minute senior division film called “Prevention of Japanese American Incarceration Camps: The Conflict and Compromise of Japanese Americans in Hawai’i.” Both presentations will be followed with a Q&A and discussion with the student filmmakers.

11:15 am ~ 1:00 pm – Screening of “Go For Broke: An Origin Story”
Fighting not only the Germans, but rampant racism on the home front, Japanese Americans in the 100/442nd became the most decorated unit in US history for their size and time in battle. The film tells the story of these brave young men who served their country valiantly, despite the injustices and prejudice they suffered.

This is an annual national celebration of culture and learning between the two museums. Pacific Aviation Museum Pearl Harbor is a Smithsonian Affiliate and ranked one of the nation’s top 10 aviation attractions in the nation by TripAdvisor. 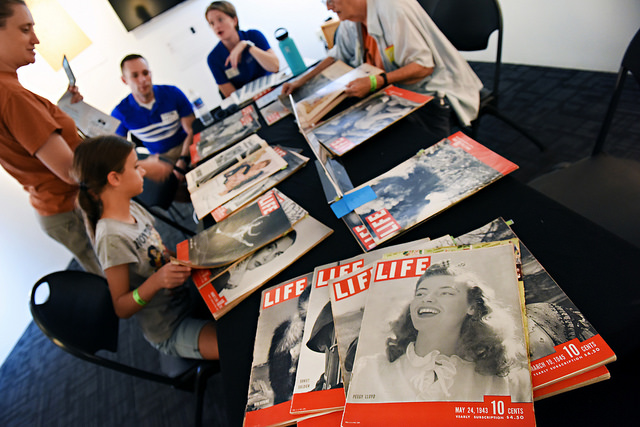