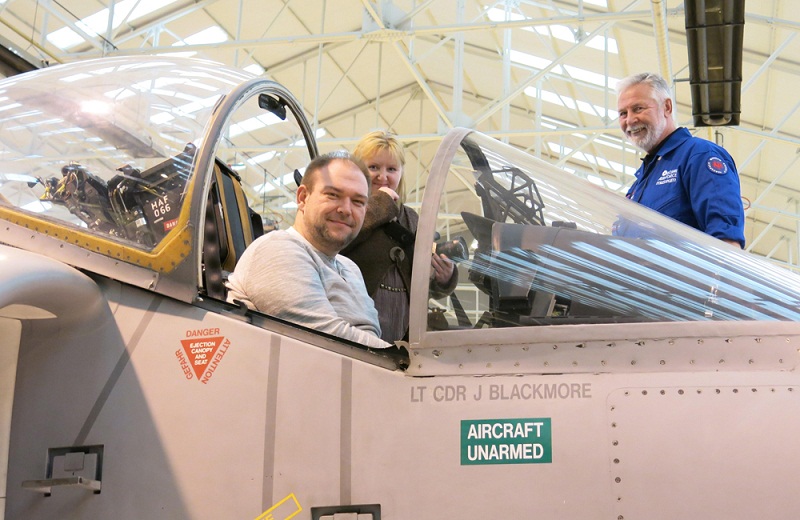 PRESS RELEASE – Tickets for the popular aviation enthusiasts’ event ‘Open Cockpits Evening’ at the Royal Air Force Museum Cosford, are now on sale through the Museum’s website. Just 300 tickets per evening will be available for this exclusive event, where a wide range of aircraft will be available for close viewing on the night: including transport aircraft, jet fighters and unique research airframes.

The event has been a complete sell out for three consecutive years and to help cope with demand, organisers have doubled the number of evenings. The event, which is held twice a year in May and September, will now run on a Friday and Saturday evening giving twice as many aviation fans the chance to sit inside some of the world’s most iconic aircraft.Visitors will be able to get a feel for what it was like to fly these much loved machines by entering their cockpits and, in addition to this, will have exclusive after-hours access to the Museum which displays a collection of over 70 aircraft, military vehicles, engines and aviation artefacts within three wartime hangars and the award-winning National Cold War Exhibition.

Aircraft confirmed for close viewing in the May event include the Gloster Meteor F8 Prone Position. This post-World War Two fighter jet was used to evaluate the advantages of coping with the effects of gravity while flying lying down. In practice the difficulties of operating the controls of the aircraft outweighed the advantages. Other highlights include access inside the giant Lockheed Hercules C130K Mk3. This troop transport, disaster relief and aerial tanker aircraft has been a mainstay of the RAF transport fleet since the late 1960s and has seen extensive operational use including the Falklands, Iraq and Afghanistan. Visitors to Open Cockpits Evening will also have the rare chance to sit inside the General Dynamics F-111F-CF, the first variable-geometry combat aircraft to enter service. This two-seat fighter-bomber saw extensive service during the Vietnam War and also served with US forces and the Royal Australian Air Force. 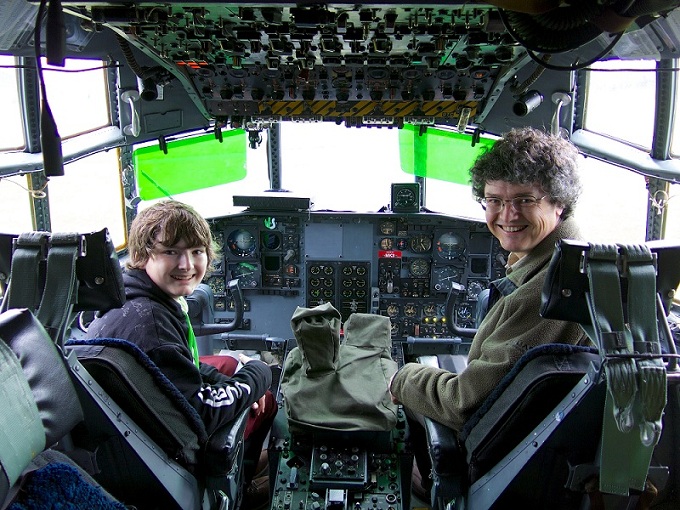 RAF Museum Cosford Curator Al McLean said:“We are pleased to be able to provide this opportunity to see inside the cockpits of several of the museum’s unique aircraft as well as some of the ones that are more familiar and that, for some, may bring back memories.”

The evening will commence at 6.00pm and finish at 9.00pm, with numbers onto the Museum site strictly limited to 300 people – providing enthusiasts with three hours to examine the Museum’s historic and wondrous aircraft in an exclusive environment. The Museum is advising aviation fans to book early to avoid disappointment. Admission is by advance ticket only; tickets cost £12.50 per person and are now available to purchase through the Museum’s website www.rafmuseum.org/cosford. Lightning Members price £10.00 per ticket (please note membership cards will need to be shown on entry to the event). Parking charges are included in the ticket price. Minimum height restrictions of 1.07 metres will apply.

The Museum will close at 5.00pm on each ‘Open Cockpit Evening’ in order to set up for the event. A detailed list of aircraft open on the September evenings will be issued nearer the time.