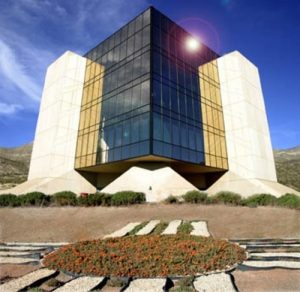 The New Mexico Space History Museum loacted in Alamogordo, NM hosted its annual volunteer banquet to one of the largest crowds in recent memory. “We had the largest turnout of volunteers that I have seen in the seven years that I have been working with the museum,” said Michael Shinabery, the NMMSH education specialist. “I believe that as busy as people are today, that if they can carve out some time to give to us, than we really feel honored that we are the recipient of their energies.”

Around 35 to 40 people volunteered with the space museum this year. The youngest volunteer was 12 while the oldest was 95. “It is fascinating, the interaction between the youth and the senior volunteers, because they learn from each other,” said Cathy Harper, the museum’s public relations and marketing director.

“All of the volunteers who registered with the Retired Senior Volunteer Program (RSVP) give their knowledge and talents back to the community,” RSVP Coordinator Sharon Masters said. “But without reservation, I can honestly say that the RSVP volunteers working here at the museum are some of the best and the brightest. Their passion and enthusiasm is impressive.”

Shinabery said some of the senior volunteers who work with the museum have first-hand knowledge of the material because of programs they worked on while in the military or private industry. The volunteers help out with the various projects the museum engages in. This year, the major project the museum was working on was the Delta Clipper Experimental (DC-X) project.

The DC-X was an operations technology demonstrator was a proof of concept exercise for a single-stage to orbit, reusable launch vehicle. According to Harper, volunteers have put in more than 1,000 hours of time working on the restoration of the DC-X. The first volunteer work session for the DC-X project was in July of last year. But staff members at the museum have been working on the project since 2006 to prepare for the 15th anniversary of the first flight. The DC-X will be unveiled at the museum during an open-house event 9:00AM to 1:00PM. February 16, 2013.

Harper said the museum has been privileged to have such dedicated volunteers assist them with all the projects, adding that without the aid of all the volunteers, critical goals could not have been met at the museum.

“I think it is very important to remember and learn from past achievements and the museum makes the public aware of that,” NMMSH volunteer of the year John Manford said. “I’m glad to be able to support the work of the museum.”