This Saturday, June 23rd, the New England Air Museum will host its first annual Helicopter Day. The world-class museum will have over twenty helicopters and ancillary equipment on display, including a number of airframes which have heretofore been in long-term storage. Several exhibits will be open to the public to climb inside, and experts will be available to further explain the aircraft and their operation. The helicopters involved in the event will vary from the massive, 25,000-pound Sikorsky CH-54 Tarhe, sometimes called the Skycrane, to the tiny, single-seat Benson Gyrocopter, similar to the one which James Bond flew in the motion picture You Only Live Twice. There will also be a U.S. Navy drone, and an award-winning man-powered helicopter, amongst many other helicopters to explore. The list below shows the aircraft which the museum plans to provide for the event, and a map which follows shows their locations within the facility. 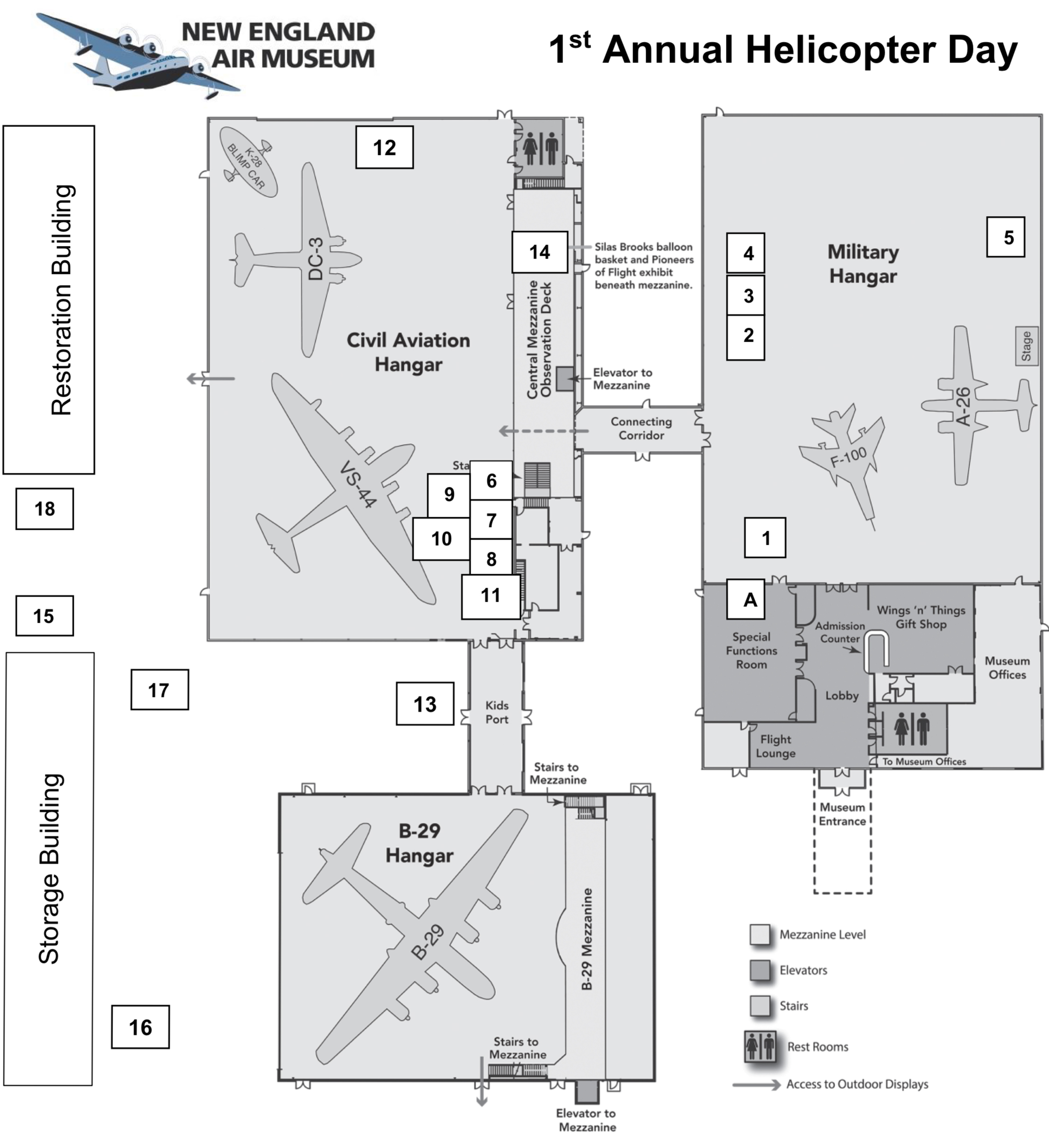 In addition to the helicopters at the event, former Sikorsky test pilot Kevin Bredenbeck will give a presentation titled X2 Technology: Sikorsky Door Step into The Future at 1:00pm.

The New England Air Museum’s first annual Helicopter Day will run from 10:00 am to 3:00 pm, while the Museum and its Wings ‘n Things Gift Shop will stay open until 5:00 p.m. Food will be available for purchase, on a cash only basis. Please note that the exhibit hangars are air-conditioned!